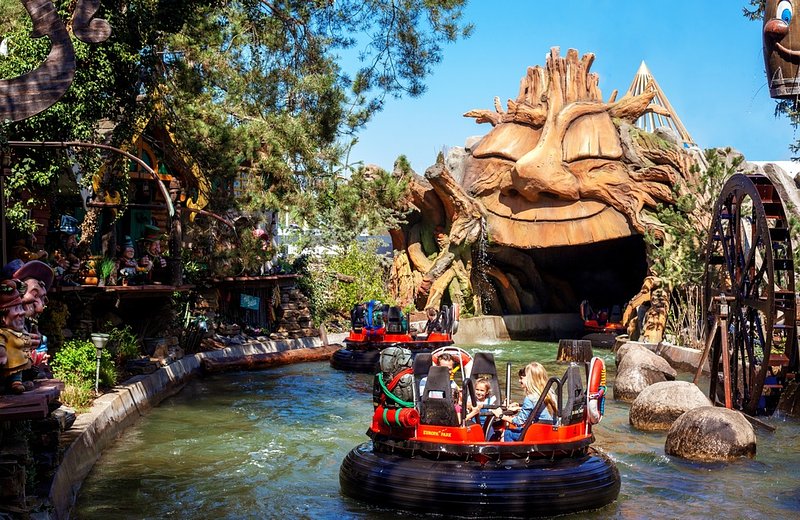 Europapark's Scandinavian Village was destroyed by a violent fire in May 2018, but thirteen months later, the attraction has been restored!

The Scandinavian Village and its colourful houses, restaurants, and attractions were reduced to ashes back in May 2018, but the German theme park in Rust has worked hard to restore the village. On Tuesday, the park announced that the area has reopened.

Visitors can now return to the Scandinavian village to experience the "Vindjammer" swing, the wild "Fjord Rafting" adventure, and the popular shark photo opportunity.

The "Pirates of Batavia" family attraction was completely destroyed in the firm and will be reconstructed from 2020 in the Dutch neighbourhood, which is where the fire broke out. The attraction is a boat trip through a 'pirate grotto' and was especially popular amongst visitors, who set up a petition calling for its return.

As for sustenance, the Scandinavian village has the Fjord restaurant, an ice-cream parlour ("Is Huset"), and a snack bar (the "Fiskehuset"), all reconstructed. Naturally, the menus will have Scandinavian specialities, often fish-based.

The attraction took 13 months to be fully renovated and finds itself over a surface of 3,200 square metres. The renovation required 100 construction workers who put in more than 350,000 hours to completely renew the attraction. The Scandinavian Village has 50 employees, of which 27 work in the food sector, 10 in shops, six in the attractions, five in the games, and three in the park's maintenance team.

A new themed ride is also due to open in the autumn, the "Snorri Touren" ride, which is a multimedia trip hosted by an octopus character to the 'mysterious' Rulantica island. The name is certainly interesting, as Europapark's new water park, due to open on 28 November, has the same name.