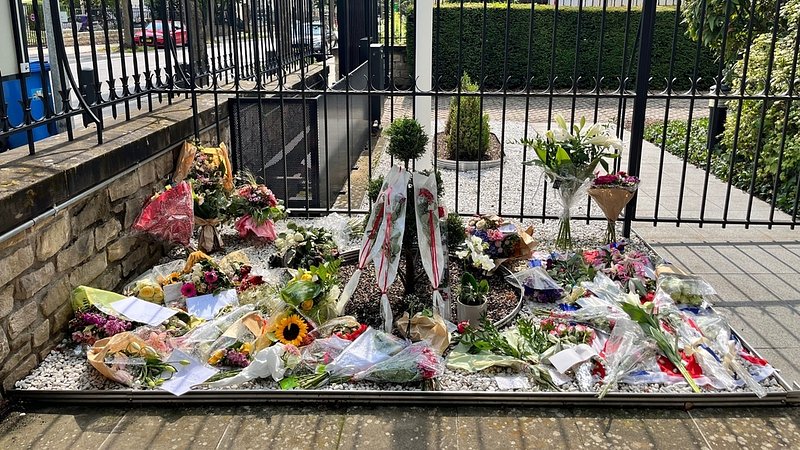 Fleur Thomas, the British Ambassador to Luxembourg, shares her reflections on the passing of the late Queen Elizabeth II.

"I declare before you all that my whole life whether it be long or short shall be devoted to your service". The words of the young Queen Elizabeth II back in the 1950s, when my parents were children, when Winston Churchill was Prime Minister, and computers, internet and mobile phones had not been invented.  As a nation we are fortunate and blessed that Her Majesty's life was so long.

Her Majesty's zeal for public service continued to the very end, continuing her duty, and ensuring the smooth transition from Boris Johnson's premiership to that of Liz Truss. She provided the constancy and continuity on which our democracy holds steady. Hers was a constant and reassuring presence, a much respected and cherished Head of State. We have all grown up with her in our lives, alongside her people in moments of crisis or calm. During her reign we have seen the U.K. defining its modern identity and its place in the world.

She rose to the demands of public service and duty as a woman in a man's world with conscience and commitment and was a role model for those of us who served in her name, and for women in leadership roles worldwide. She oversaw our shifting politics, supporting governments from Churchill to Truss. She saw our entry into the Common Market and our subsequent departure from the European Union and presided over Britain's changing place in the world as the Commonwealth was formed. So much has changed since she made that promise of duty to her Nation.

And what of the person beyond duty? Her love of dogs and horses was well known. Earlier this year my son’s girlfriend was participating in a carriage driving event and was surprised to see Her Majesty out for a walk in Windsor Great Park. She greeted the carriage drivers with enthusiasm. I certainly do not know of many 96 year olds who had such drive and vigour.

What is less well known is Her Majesty The Queen's interest in the preservation and breeding programmes of rare breeds of both dogs and horses. The popularity of the rather unpopular Welsh corgi soared after they became her dogs of choice, and Her Majesty was personally very involved in the preservation of the native English Fell Pony breed (lovely Emma who melted our hearts at the funeral was one of these). Her sense of humour, usually reserved for those very close to her, became clear to us all as she starred with James Bond in 2012 and Paddington Bear for the Platinum Jubilee.

We had the great honour to receive HRH Grand Duke Henri to sign the book, as well as Prime Minister Bettel, President of the Chamber of Deputies Fernand Etgen, and a number of representatives from the European Commission and European Institutions and my fellow Diplomats. Tributes included many from long term British residents as well as holidaymakers and people of all nationalities; it was a unique honour to have them share their personal memories of Her Majesty with us.

Her Majesty The Queen has transcended history and is one of the most consequential global figures of our time. The attendance of so many world leaders at the State Funeral and "the queue", that most British of tributes to a much-loved Monarch serve as testament to this.

Yet at the centre of these moments of British pride and events filled with ceremonial splendour, we witnessed a close family sharing their moments of private grief in public, contending with their emotions as they fulfilled their public duties, following in the footsteps of Her Majesty The Queen. And follow they will, as that is also the duty and constancy of Monarchy, even though those shoes are hard to fill; God Save the King.

Service of Commemoration for Her late Majesty Queen Elizabeth II

The British Embassy and the Anglican Church of Luxembourg are hosting a Service of Commemoration for Her late Majesty Queen Elizabeth II.

The service will be held on Sunday 2 October at 4.45pm at Cathédrale Notre-Dame, entrance Boulevard Roosevelt, 2450 Luxembourg.

The Anglican service is open to people of all faiths or none and those wishing to attend are encouraged to register via this link.