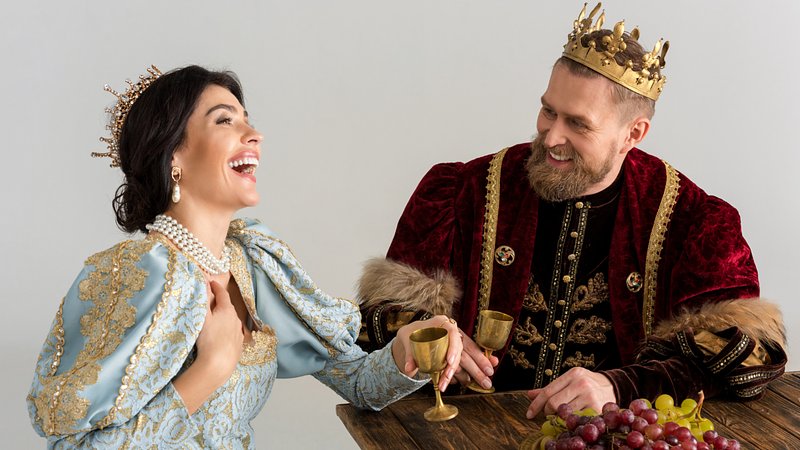 A couple who managed to buy an apartment near Luxembourg City despite only being in their 30s have decided to now act the part, wearing fine clothes and referring to each other as if they were Medicis in the Renaissance.

Sid Gorlek and Fausta Nannini, now usually known as “my lord” and “my lady,” still say they do not know how they managed to afford the one-bedroom residence, which cost the same as the entire city block where Gorlek grew up.

“Will my lady taketh a negroni?” said Gorlek after the two returned home from work on Tuesday, pulling out a bottle of real Campari instead of the fake stuff, which they usually use, to mark the occasion. “As for myself, I shall have a magnificent Trappist beer, one suitable for a man such as myself, me, a homeowner in Luxembourg.”

The one-bedroom apartment is located in a very courtly complex that was built last year between Leudelange and Betrange, and is surrounded by cows that the couple like to think belong to them.

“Gentlemen must bow and ladies should curtsy,” Nannini instructed friends who attended their housewarming party earlier this month after having hiked up the three flights of stairs as there is no elevator. “And do kiss our feet if you wish once you have removed your shoes.”

“You may lavish us with praise,” she added.

The 65-square-meter flat, which even the estate agent referred to as “princely” and “regal,” despite the fact that the ceilings have awkward, low angles and a mysterious crack that runs north to south, comes with a parking space that is only occasionally taken by the neighbor’s purple-haired girlfriend.

“As we have just moved in, shall we commission an artist to paint our wall?” Gortek said. “Engage in some falconry? Go to the opera? Hire a jester to tell us jokes in rhyme?”

“As long as it costs less than 260 euros, because that’s all we have left in spare cash after buying the place, at least until I get my Christmas bonus,” he added. “It’s going to be a tight couple of months.”

According to jealous sources near the patrician couple, they only arrived at this high station thanks to a mix of savings, a very sizable loan, and a small contribution from Nannini’s stepfather who last year won €34,000 betting on wild boar races in Sardinia.