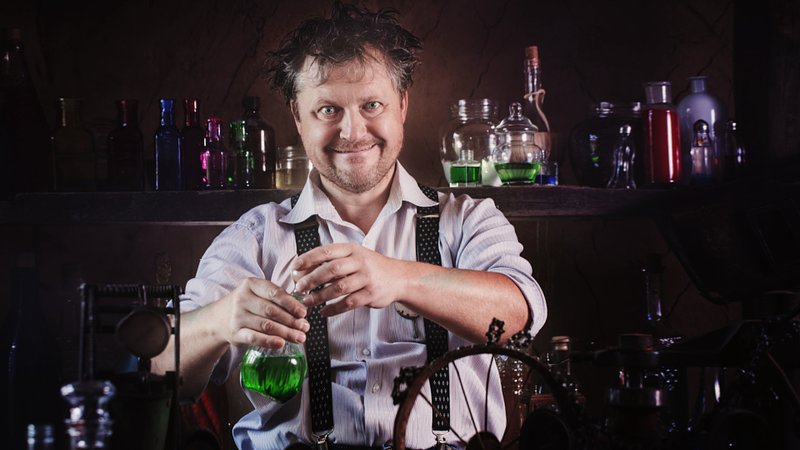 Calling it “a practical solution to an impractical problem” and “the only way to afford a home in Luxembourg these days,” a man has developed a life-extending elixir for the sole purpose of taking out a 100-year loan.

Robin Kremer, 41, says he briefly hoped he might be able to purchase a house in the Grand Duchy during the 2009 recession and again in June when he got 3 numbers right on a EuroMillions drawing.

Otherwise, he has spent his days and nights fighting off bouts of desperation as rising property prices continue to outpace his income, savings, and suitability to take out a loan.

“Let’s say I found an average million-euro home, just a typical dumpy little place with a couple of bedrooms, a mold infestation, and a 5-square-meter slab of concrete in the back that the agent describes as a garden,” he said. “Suppose I took out a 30-year loan with a 1.8 percent interest rate, you know how much I’d be paying each month?”

Robin says that if the life of the loan were extended to 100 years, his monthly payments would drop to just under 1,800 euros, which is feasible as long as he continues only shopping at Aldi and forgets about ever going on vacation again.

“I can’t pay more per month than my income allows,” he said. “But I can devote a few hours every evening to learning the dark arts and uncovering the secrets of magic potions.”

For the past few months, Kremer has spent his free time reading ancient spell books and experimenting with concoctions made from items he finds in the forest or his neighbor’s trash bin. Finally, after dozens of stomach aches and disastrous results, he has succeeded, and he now is quite certain he will live for another century.

On Friday, his bank agreed to loan him the sum, and Kremer is now the proud owner of an ugly little million-euro house that all observers agree is grossly overvalued, but one that he can at least call his own.