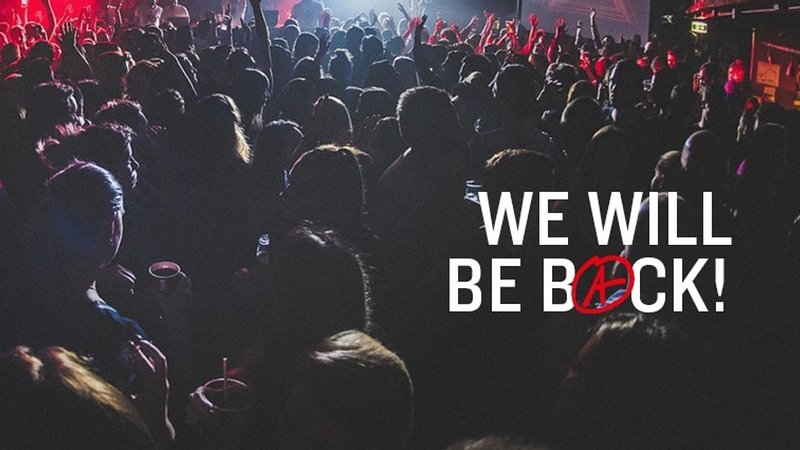 Den Atelier have announced that they will close their doors completely until the end of July, cancelling 43 concerts in the process.

The current events were casting their shadows ahead but now reality is knocking at the door. Shit just hit the fan. Summer 2020 has been cancelled.

Following the communication from the Luxembourgish Government announcing the ban of all large events on Luxembourg territory until July 31st 2020 in the fight against the global Covid-19 pandemic, we have been constrained to stop all activity and close the doors of the Atelier in rue de Hollerich until end of July.

All shows scheduled in this timeframe are either postponed or cancelled altogether. Our bookers are doing their best to reschedule all shows, we urge you to keep yourself informed on the status of the shows right on atelier.lu as well as on the A’s facebook page. We are working at full stretch on upcoming steps and will get in touch with all individual show details as soon as possible. We are grateful for your understanding as we deal with this situation. T

here’s no need to hide that fact that this is a very hard blow to the A: Since the beginning of the confinement, we have been constraint to postpone/cancel some 43 shows, scheduled to happen at the Atelier, the Rockhal, the Luxexpo, the Rotondes or the Abbey. Including large open air shows such as Seeed as well as the Siren’s Call festival. The summer months are particularly busy ones, a period during which most of our annual activity is carried out.

These 43 shows already amount to 60% of our annual turnover and the situation beyond 31st July remains unclear. But we will move mountains to keep the Atelier afloat and bring you the best live shows in the ‘burg. Again. Since 1995.

Meanwhile, we hope you all stay safe, snuggle up at home, and find some great music to listen to.