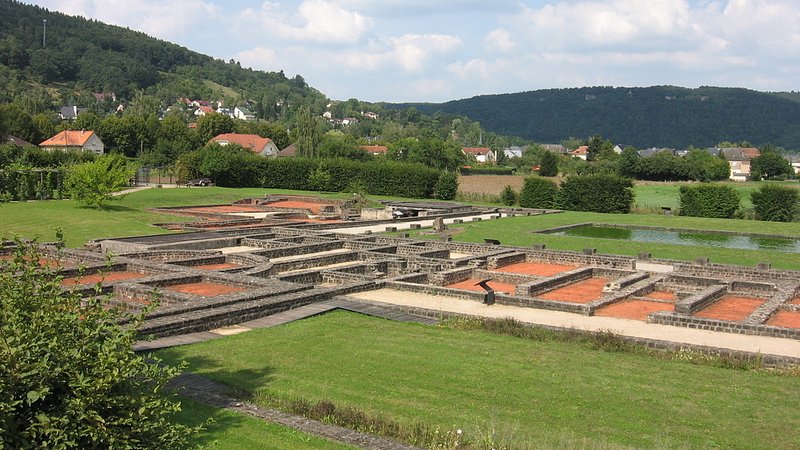 It's the summer holidays: the kids are at home (or you are one of the aforementioned kids no longer at school) and you don't know what to do to entertain yourselves. You're counting down the days to your holiday away but desperately in need of entertainment in the meantime. Well, let's go back in history for some inspiration and wonder 'What did the Romans do?'

You may know that nearby Trier used to be the capital of Belgic Gaul under the Romans, and perhaps you've visited the Roman villa in Echternach. Roman history remains a cornerstone of Luxembourg and the traces of the Romans remain, even to this day.

Visiting some of the remaining Roman settlements and routes can make for an exciting day out, provided the weather plays ball. We'll explore some of your options if you're hoping to go back in time on a historical and active day!

The Roman route in the Moselle valley The Roman Route in the Moselle valley can be quite extensive depending on how exactly you're planning on exploring the sights. If you're in more of a driving mood, then you can go from Schengen through to Grevenmacher, but the Moselle region has also organised different cycling routes for those keen to get some physical activity in with their sightseeing.

Notably sights include the 'Vicus ricciacum' near Dalheim, a Roman settlement which includes an ampitheatre, the second century-dated funerary monument in Remerschen, and a temple funerary chamber on a hilltop looking over Bech-Kleinmacher.

Visit Moselle have a dedicated 'Velo Romanum' cycle route available on their website, which integrates the above sights and obviously has a Roman theme to it. Otherwise, you can just visit the one or the other sight by car.

The Roman villa in Echternach 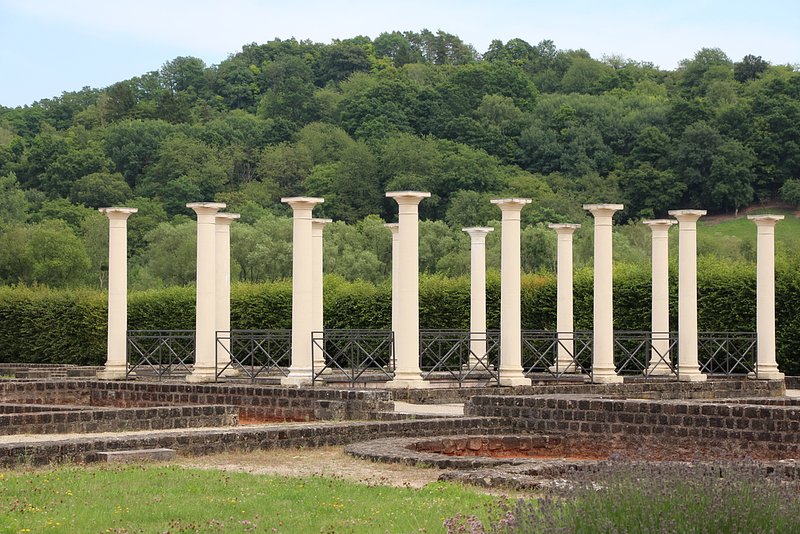 Adjacent to the Echternach lake, the Roman villa is perhaps the best-preserved villa in the region. The basements, cellar, and ornamental ponds were preserved, but before it was a ruin, the Roman villa was an astounding palace containing no fewer than 40 rooms on its ground floor, with features such as porches, courtyards, marble veneers, and underfloor heating.

The ruins were discovered when diggers were preparing the site for the artificial lake we now all know so well, back in 1975/1976. Visiting the villa makes for a great day out, as you can combine the visit with a wander along the lake after having a closer look at the villa and its gardens.

The site is available to visit until 30 September and has free admission, including free guided tours on Sundays at 3 pm! The information centre attached to the Roman villa also provides an insight into the daily lives of Romans through visual reconstructions.

In the forests by Helmsange in Walferdange, there is a series of vertical shafts forming an underground water management system, otherwise known as a qanat, a Persian-invented system. Thirteen of some 20 to 25 shafts have been discovered and excavated, the majority of the work occurring in 1986 thanks to the work of Georges Faber and Nicolas Kohl.

Allegedly, the Raschpëtzer is the most extensive preserved qanat existing north of the Alps. The shafts were connected through a sloping tunnel, providing a fresh supply of water. This consequently made the Heisdorf fit for habitation in the Gallo-Roman times.

After the extensive excavation and rebuilding work, those in the area can follow a walking trail and look down two of the wells, which have been fitted with glass windows and lights to provide a view of the flowing water and interior of the shafts.

There is also a visitor's gallery open every Sunday between April and October. The gallery is located near shaft 5 and is open between 2.30 pm and 5.30 pm. Visitors can also request guided tours in English by contacting the Walferdange municipality.

There are more Roman sites throughout Luxembourg and further afield, but these three are well-known and good ideas for Roman-themed days out. However, you might get odd looks if you decide to go all in and dress like a Roman for your day out.