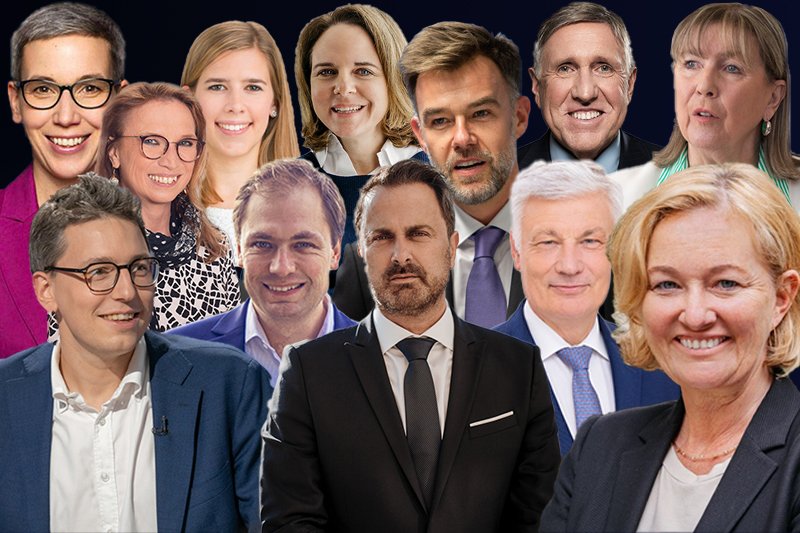 In 2023 Luxembourg will be heading to the polls twice, in June and a year from now, in October. It could be the most important set of elections in a generation. Why and what is different this time around?

Luxembourg is governed by a system of devolved local administrations and a national government. In 2023, we will head to the polls on two separate occasions, to elect both. The countdown has begun: we are now in campaign territory, in an election year.

Next year may bring about bigger surprises than the polls currently suggest (and I’ll tell you why), and the 2 elections will have an effect on each other, like never before.

Why 2 elections? There’s 2 of them this year because Luxembourg elects its national government every 5 years, and its local administration every 6. Once in a while they fall in the same year, and when that happens the local elections get moved up to June. But what’s changed since the last elections?

For the first time ever, in June 2023, almost every resident in Luxembourg will have the right to vote to elect powerful local administrations. If residents respond to the call, and register to vote, it may lead to the most representative elections Luxembourg will have staged in decades.

With half the country’s population made up of foreign-nationals, the recent change in the law will allow almost everyone to participate in June’s local elections. This is huge. Since the last elections, Luxembourg’s population has risen by nearly 10% with 87% of that growth being a result of international migration.

If people participate, and beat the dreadful levels of participation of earlier years, of between 10 and 20%, among non-citizens, Luxembourg’s powerful local administrations may finally represent, and serve the interests, of all their constituents. Interests such as solving our housing crisis.

Housing will be in the Spotlight

A number of issues will dominate next year's double elections, from energy, to taxation and mobility. And so will housing, I believe.

It’s a monumental moment for Luxembourg. The country’s local administrations have the incredible responsibility and power to determine what gets built and where: they control the supply of buildable land, and thus housing supply, and through that: prices.

Prices that disproportionately affect foreign residents. After a decade of dramatic price increases, they have been priced out of the housing market, and some even find themselves “working, yet poor”.

The Country in the Mirror

Another crucial issue will be representation.

Luxembourg will be asked to look itself in the mirror and ask: Our society is made up of so many foreign-residents, do they belong in the decision-making and the shaping of our collective future?

In next year's elections, we won’t just be looking out for the percentage of participating foreign residents, but also the number of people on party lists that are foreign residents or naturalised citizens.

Especially in places like Luxembourg City where 73% of residents are foreign nationals but only 8% of the City’s municipal council consists of foreign-born residents and 0% (nobody) on the City’s executive represents the City’s majority-foreign-born population.

We’ll get back to this multifaceted issue and in more depth together soon. But let’s get back on track. These elections will be done and dusted by June’s end. But their results, throughout the country, will have an impact on momentum and on party positions before the national elections in October.

These national elections will be very different. And political parties know this. Which is why they are not relying on current polls to assume confidence. What’s changed?

They will be challenged to attract 70,000 new citizens, approximately the number of people who have acquired nationality since 2010.

We’re talking about citizens who have never voted before in Luxembourg, or have only voted once, who may not have party allegiances (unpredictable voters), and yet, by law, will now be required to vote.

Recently naturalised citizens will represent approximately 20-25% of the eligible electorate, which could mean seminal changes in Luxembourg's political landscape.

Our country, in the heart of Europe, has so far been a pro-European, progressive player. It's in Luxembourg’s interest to continue having governments that understand the main business of Luxembourg, its interests within the EU and the good role it plays within Europe and in the world.

Will the big parties in the Chamber manage to reel in new citizens? Will smaller parties convince otherwise?

Crucially, will the loyalties of new citizens lie with Luxembourg and its interests, or will they vote with other priorities in mind? This will be a test to judge Luxembourg’s efforts to include and to integrate – have we been successful or have we made ourselves more vulnerable?

It’s Monday, October 3 2022. This time next year we will be electing new deputies for the Chamber, and four months earlier we will have elected new mayors and councils throughout the country. The countdown is on.

Hi, I’m Christos Floros. I’ll be covering the Elections in 2023 for Today. I'll be speaking to political leaders and hopefuls all the way until then; send me your questions, and your thoughts at christos.floros@rtl.lu.

I am particularly interested to hear from people who will be voting for the first time in Luxembourg, in either of these elections.