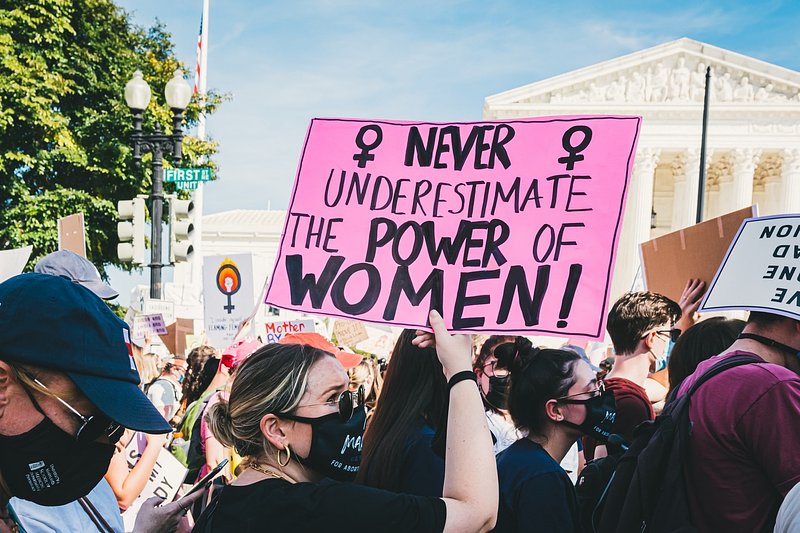 In light of the recent events in the United States, a new TikTok trend has emerged that once more highlights the solidarity and support the female population has shown since the federal abortion rights have been revoked in the US.

But before we get to that part of this article, we have to get real for a moment. Abortions are a serious topic and in light of what is happening, chances are that women will die due to the decision of the US Supreme Court.

In case you missed it, last Friday, the US Supreme Court officially reversed Roe v. Wade in a historic and honestly scandalous decision. This means that abortions are no longer part of the federal rights and that they are now regulated by each state.

This was of course THE opportunity for many red states to abolish abortion and take away women's right to choose what is happening to her own body.

It took the state of Missouri a staggering 6 minutes before another white man started the official process of banning abortion.

And all this in light of the pro-life movement, based in old-fashioned Christian morals and beliefs that thou shalt not kill a blob of cells, that is still far away from being something viable. Sorry not sorry, but science is telling us a different story here.

And I respect people's faith and beliefs but I cannot and will not respect this decision because let's face this immense ugly truth: This is not about pro life, this is about control. If you wish to not terminate a pregnancy, by all means. But how dare you push your beliefs onto other people? How dare you? Are you that afraid that someone else is doing the same thing to you, so you just start doing it yourself?

How dare men claiming that a woman should not have absolute right of their own body? How about we start reversing this claim. How quickly would men start whining about their rights and that women can't take them away? 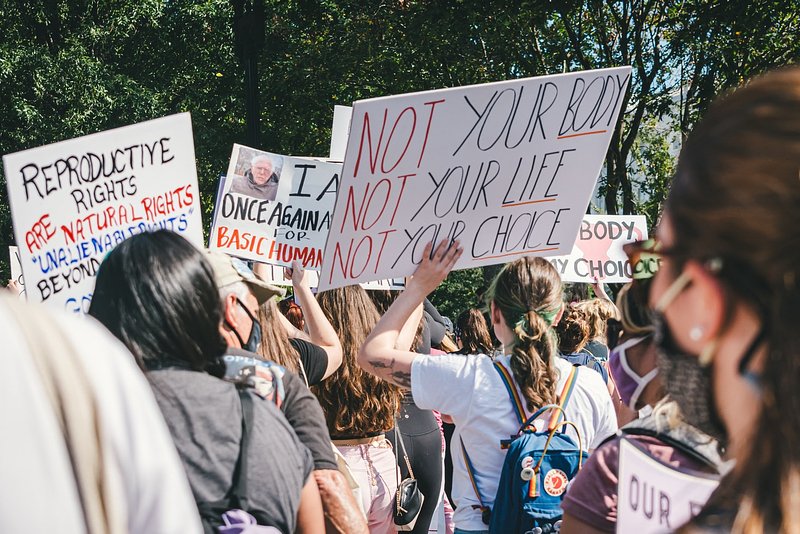 I'm pretty sure somewhere in the bible it says something along the lines of "In everything [..] do to others as you would have them do to you". Let's start by taking away men's favourite blood-enhancing drug because let's be real: If God wanted you to engage in any more sexual relations it would work naturally. You take away our Plan B, so we should take yours as well.

The hypocrisy is mind-blowing. Apparently the conservative and famously pro-life Ivanka Trump had an abortion. Yes, THE Ivanka Trump who did an incredible job of consulting her father Donald Trump about this very issue.

Guess Ivanka was allowed to make her choice.

Everyone cares so much about this blob of cells, but why do they stop caring as soon as the cells turn into a viable human being? Where is the logic and where is the free health care? Where is the certainty that the kid will survive going to school without being shot by guns, which now, surprise, have more rights than a woman! Another amazing decision the US of A nation has recently taken.

No Plan B, no safe abortion and no future, not for the mother, nor for the child. At the end everyone loses here. This is not pro-life, it is far from it.

But this very dark moment in history has one very light side. It's the women and men, let's not forget our fellow male supporters, that are fighting this decision.

Many world leaders stand in solidarity with the women whose rights to a safe abortion have been stripped away and given support. Because ban abortions all you want, they won't just disappear. They will still happen, only more dangerous and unsafe (which is of course again very much in line with the claim of being pro-life). 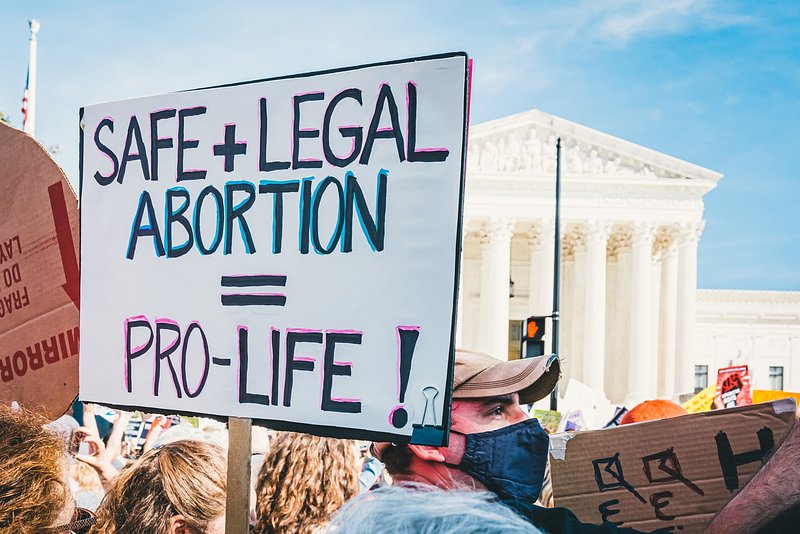 Sit-ins have been happened, Tweets have been written, resolutions in support have been passed, and France even wants to make sure abortion rights will be cemented in their constitution. On a greater level, this is amazing and important, but very unattainable for the millions of American women currently stuck in the wrong state.

As already mentioned above I came across a new TikTok trend that embodies the solidarity women have towards each other. And while incredibly sad, this made me incredibly happy.

Under the hashtags #wegodowntogether you'll find a collection of videos of women offering help towards other women in need of an abortion. They use codes like "camping", "knitting-club" or are simply offering a sight-seeing trip and a couch to surf on. They want to show that they are open to welcome anyone in their homes and help them through the process of getting an abortion.

But it's not just women. The occasional men here and there offer a ride or a place to stay as well. It's people from states like California, where abortions remain legal, to places in Canada and Mexico that are only hours away from the border to young girls in Europe.

As a woman, living in a country where I am the master of my own body and where I can get a safe and legal abortion, I find this truly inspiring. You'll never know if you'll be the one in need of an abortion, may it be due to sickness, a sexual assault or your own wish.

The thought of pregnancy is already scary enough and to think that I would be forced to complete one if I didn't want to is very traumatic to say the least.

This one goes out to all my fellow people with uteruses, may it forever be your choice and no one else's.

And for everyone else who thinks that this is not a woman's choice, take a look at the musical performance from Olivia Rodrigo at Glastonbury festival with Lily Allen. She has said it all.