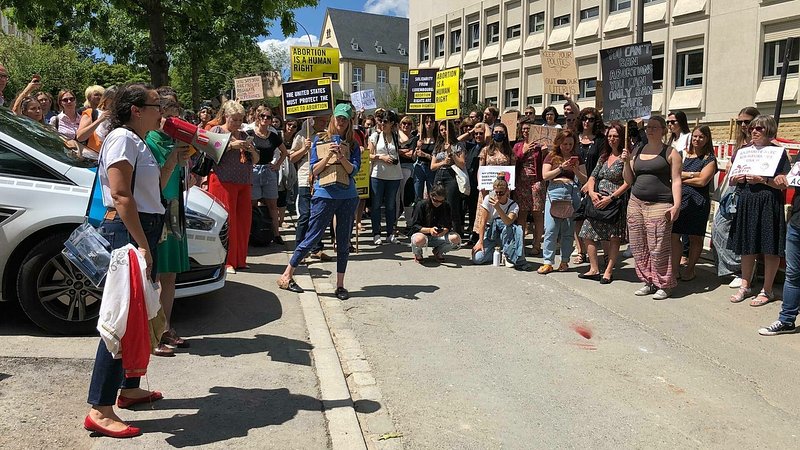 A demonstration was held on Tuesday to protest against the US Supreme Court's decision last Friday to revoke the federal right to abortion.

The Supreme Court's decision means that it is now up to each of the 50 US states to decide on abortion rights. 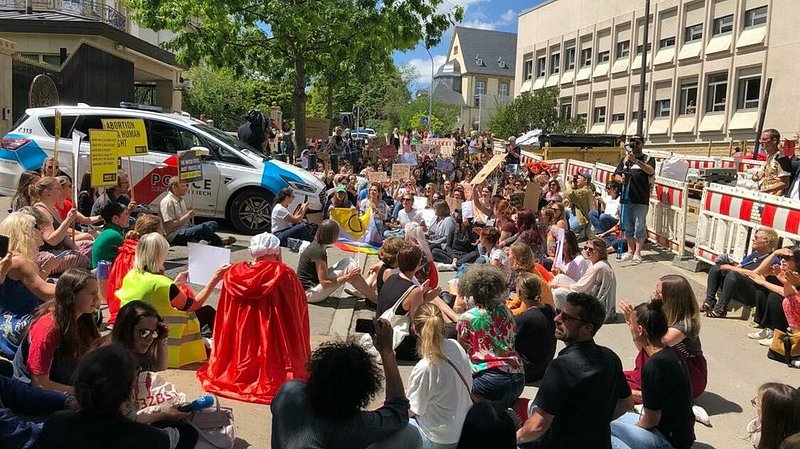 Doctors who perform abortions in states where the procedure has been banned will face long prison sentences. Without delay, Missouri, Arkansas, Kentucky, and Louisiana have banned abortion – even in cases of rape or incest.

The decision marks a major setback for abortion rights, not only in the United States but worldwide. For this reason, Planned Parenthood, the Women's and Gender Information Centre, the National Council of Women, and the JIF platform organised a sit-in in front of the US embassy in Luxembourg at 12.30pm on Tuesday.

About 150 people gathered in front of the building before sitting down to protest the decision taken by the US Supreme Court. 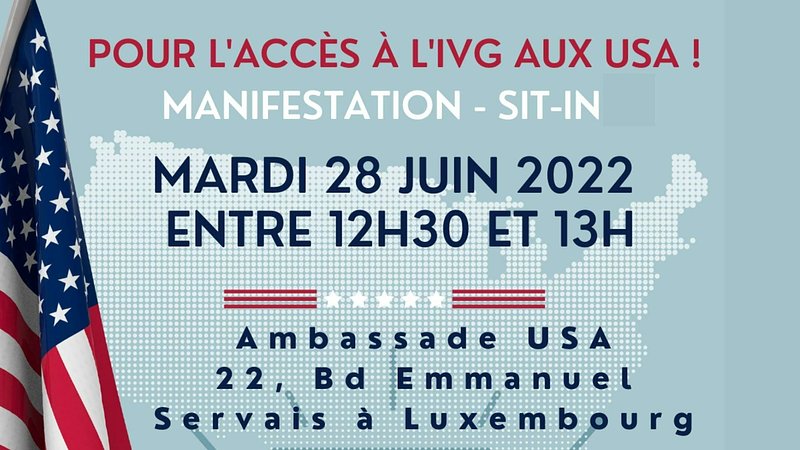