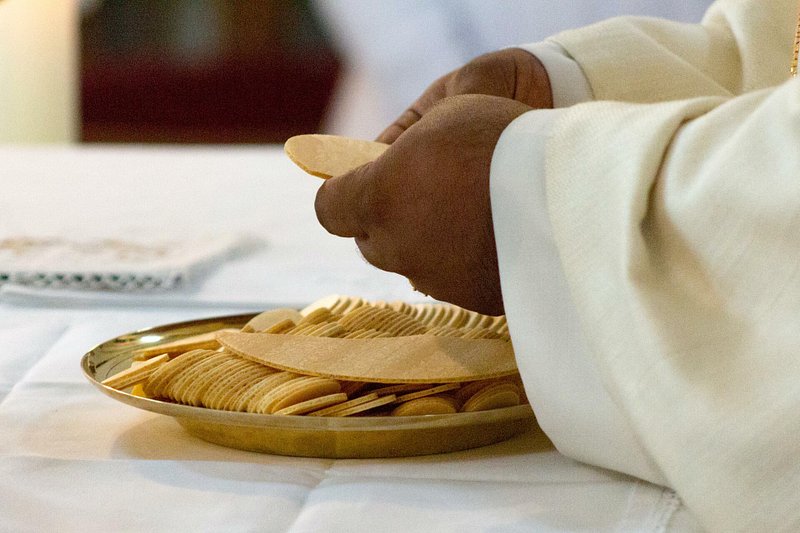 For many Luxembourgish families, First Communion remains a major event in the life of a child.

But with the increased secularisation of society, more and more of these celebrations feel weirdly forced and formulaic. Why are so many non-religious people still clinging to this deeply Catholic tradition?

As far as Opinion Pieces go, talking about religion is probably one of the most divisive topics I could have picked. Before our comments section goes up in flames, let me point out that this piece is not actually about religion or even a religious feast, but more about the people who celebrate it – and why they do it. Let me explain:

Some six years ago, the Luxembourgish State and the Roman Catholic Church decided to officially part ways. After reducing subsidies for the religious communities and abolishing religion as a school subject, the separation was made final by replacing the so-called Kierchefabrécken ("church factories") with the Kierchefong ("Church Fund") on 13 February 2018.

But while the separation of Church and State has more or less gone to plan from an administrative point of view, some parts of Luxembourg's population retain an interesting relationship with the Catholic Church: They continue to take part in certain Catholic celebrations even though they are not religious in any way.

Some might think that the obvious example for this is Christmas. However, I feel that Christmas has become so secularised around the world that you really don't need to be Christian to celebrate it.

No, for Luxembourg in particular, a different celebration springs to mind: First Communion.

The religious feast that's all about the Messiah… and consumerism

First Communion is a big deal for Luxembourgish families. When I was in primary school, I remember that as soon as we reached the third school year (there were no "cycles" back then), it was all everybody was talking about. Religion was still a school subject at this time and in the run-up to First Communion, we were prepared for the event both in school and in mandatory after-school classes that we all had to take at our local church. We also had to go to church every Saturday evening ("had to" as in they actually kept tabs on whether we were present or not during service).

But already at this time, I remember that the whole religious aspect was sort of a side show. The real reason everyone was so excited about First Communion was because Luxembourgish families go BIG on the celebration aspect of this event.

For starters, presents play a central role. Parents take their children to different stores and let them pick out things they would like. The items all get put on lists and family and friends are then invited to purchase one or several items for the occasion. I particularly remember the day when my parents took me to the Belle Étoile shopping centre.

Imagine that as a kid: Being brought to a huge shopping centre and being told to pick out whatever you fancy, and it gets put on some sort of magic list?? Now, I should point out that you didn't get everything, of course. But if you had a big family, you still got a heck of a lot. First Communion truly felt like ten Christmases all at once for us back then. Alas, nobody does consumerism like Luxembourg...

When the day of First Communion arrived, we followed our local Dean in a sort of parade through the town centre and the streets were absolutely packed. It truly felt like a big life event.

The celebration itself usually takes place either in a restaurant or at home, if the family has a big garden, for instance. Even the most distant family members are invited and the whole thing usually goes on for an entire day.

God is dead but please RSVP to celebrate Jesus with us

So, First Communion was and still is a big deal in Luxembourg. However, since the separation of Church and State, the event has felt weirder and weirder to me.

I mentioned before that even when I did it, the religious aspect of it was already sort of a minor aspect of it. But since Church and State were still very much intertwined back then, everyone was still aware that, at its core, it was about Jesus and the Entity upstairs.

Today, the situation is very different. With the separation of Church and State, it was agreed that religion would become a private matter. Religion is no longer taught in schools and parents have to contact the local parish if they want to sign their children up for First Communion.

But because many share the same memories that I have of First Communion as this major event in the childhood of someone growing up in Luxembourg, they still organise the whole thing. Restaurants are still being booked for big buffets and lists are still being put up at the country's major shopping centres, just with the latest iPhones and game consoles instead of MP3 and portable CD players.

And while Christmas is generally accepted as a secularised holiday, First Communion is almost the opposite of that. I find it quite weird to hear people who couldn't care less about religion talk about organising First Communion celebrations for their children.

By far the most bizarre story I have ever heard, however, is one where a child of Atheist parents learned that their classmates were going to have First Communion celebrations. The child's parents did not plan on doing that, and even if they wanted to, they would not have been able to because the child had never been baptised.

Naturally, the little one got upset because they could not understand why everyone else was getting a big party and countless presents while they would have to be the odd-one-out. Finally, the child's parents decided to… throw their kid a "fake" First Communion party. They got the fancy clothes, they got the traditional cake, and so they ended up celebrating an occasion that never happened… Am I the only one who finds this incredibly weird?

So, is there a point to my rambling about this Catholic sacrament? In the words of the late great American comedian Bill Hicks: Let's find a point!

Firstly, I think that it's worth asking yourself from time to time why you want to do certain things. I know so many people who decide to have their children baptised as soon as they are born, despite the fact that they themselves have practically no connection to the Church or Christianity. Why do they do it?

Religion is a deeply personal matter. I, for instance, do not consider myself a Catholic anymore. It was a lengthy process of introspection and self-discovery that led me to this point, and I think that if I had children, I would not feel comfortable making such an important decision for them.

And yet, so many people do. For many, it is not a decision taken out of religious conviction but out of comfort they draw from the performative act. Their parents took this decision for them, so why should they not do the same? And Aunt Mariette from Mersch has already asked twice when the baby will be baptised…

I'm not saying that nobody should be celebrating First Communion anymore. What I would suggest is that, from time to time, we take a step back and question some of the reasons behind our decisions. Especially decisions that we take for other people, for instance our children. Are we actually doing it purely based on what would be best for them? Or are we using them to fulfil our own desires?

And if you are one of the many people who have become disillusioned with the Catholic Church over the years: Is it worth making your child go through something that you have no connection with, just because "that's how it's always been"?