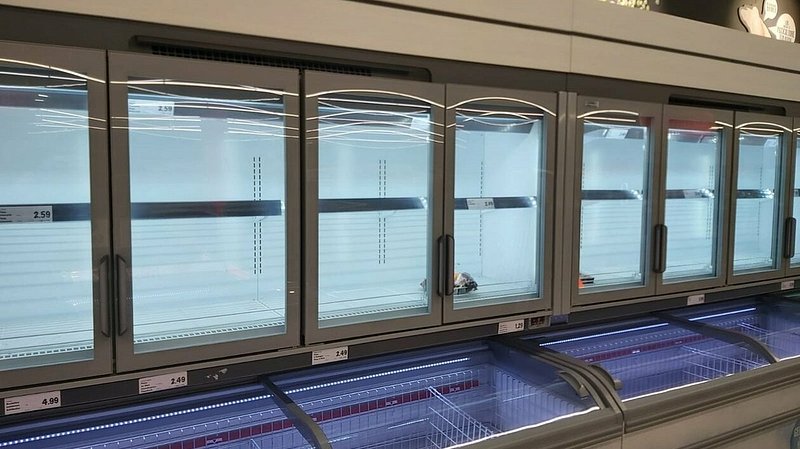 After just over two years of masks, restrictions, vaccines, covid passes, test requirements, lockdowns, and various sanitary measures… the end, if this is indeed it, feels somewhat.. lacking.

The start of the pandemic was rather a dramatic affair. Working where I do, a slow gradual build-up of news quickly became a seemingly unstoppable and hardly manageable avalanche of information.

Before the virus reached Luxembourg, we mentioned once that it was ‘coming closer’, something for which we received considerable criticism and were accused of fearmongering, as the consensus in some quarters was that the Grand Duchy was unlikely to be severely impacted. It’s easy to assume that, living in the prosperous and highly developed country we call home, something that’s a problem in poorer countries would be dealt with swiftly – if indeed it would be able to penetrate our golden castle walls at all.

But it did arrive, and not long after that article of ours. A few days later, on my way to catch the train to work, I received a text saying that there had been a reported case in the office. My world-leading ability to develop pneumonia made the decision to turn around and work from home about as easy as cracking an egg with a hammer, and I wouldn’t see the inside of our offices for months to come.

I did commit myself to one act of bravery, however. As reports flooded in about supermarkets emptying out, I decided to don my hastily acquired handmade cloth mask (remember when those were all we had?) and verify these claims for myself. I also owed my neighbours a packet of pasta, so there was a certain convenience in being paid to go procure that, if I’m to be completely honest.

It’s hard to summon the feelings I had back then, something which I imagine holds true for many of you as well. The scenes at the supermarkets was rather apocalyptic: I saw people pushing trolleys filled with bottled water and pasta. Shelves of tinned goods, flour, pasta, grains and, of course, toilet paper were ransacked. Yeast was on the verge of becoming a new currency as people found an unexpected interest in baking. As a vegetarian, I had smugly assumed that meat would fly off the shelves long before tinned beans, but it was not so; my omnivorous neighbours had suddenly developed an appetite for pinto beans and lentils.

On a side note, I can’t help but wonder how many bags of dried beans were tried and hastily thrown in the bin, or into a cupboard where they will rest until the next move. Those things are ridiculously annoying. You’ve got to soak them for hours, and still they will never be as tender as their tinned siblings. They do have a certain romance to them, though. There’s something about a glass jar of dried kidney beans on a kitchen shelf that positively screams of authenticity, a devotion to fine home cooking. But it’s a lie. Dried beans are the devil’s work.

Stay tuned for a message from the government

The scenes at supermarkets were one part of the apocalyptic feeling of those early days. The other came from the government, which started arranging what for a while was nigh-on daily press conferences updating us on the spread of the virus, the government’s response, sanitary measures, and the measures put in place to stop it.

It felt, at least to me, like we were living through a movie. Working 16-hour days and late into the evening to cover everything that was going on, there came a point where my brain entered a form of hyperreality. While awaiting the start of a delayed presser with Bettel on his way back from a meeting in Brussels, our live stream started showing a loop consisting of the weather, a cooking show featuring a chap attempting to drown a fish in wine, and… some third element I can’t recall. I decided to do live ticker commentary on this, at one point referring to myself, for reasons that remain unclear, as “sleepy batman”.

Not long after, I ended a workday by breaking into a fit of uncontrollable laughter, tears streaming down my face, which lasted for a solid 20 minutes – at which point I suddenly fell asleep.

What I’m getting at here is that it felt very much like we were suddenly, violently transported into an alternate reality where nothing could be taken for granted. Shops would be open one day, closed the next. There were limits placed on our movement, within the country and without. We were applauding healthcare workers. Masks were seen outside of dentists’ offices. Life was fundamentally different, and for a several months we had no clear idea of when, how, or if it would ever return to ‘normal’.

The end of the pandemic – if indeed this is it, and we can’t really know that it is at this point – would always be unsatisfactory by comparison. After arriving with a veritable bang, and following a couple of years of fighting about how dangerous it actually is, it has simply… ended, kind of.

There was no dramatic development that led to this end. Yes, vaccines arriving was quite exciting and did send a strong signal that the end may be near, but it was a year before we started reaching the vaccination levels needed before we could get to where we are now. In that sense, they were a bit disappointing (though the lotteries to get AZ, and people queuing up at barracks to get vaccinated, did feel quite movie-like).

And now, here we are. The mask mandate was largely lifted, and then the government announced (rather quietly, as a footnote to an e-mail) that the daily figures that have dominated our lives for years would no longer be released.

None of this means there won’t be a new variant that leads to the return of certain measures, of course, but as for right now… it feels like it’s over, and that’s the signal we are getting from elected officials as well.

The fact that masks remain mandatory on public transport is an odd remnant, as they aren’t in other places where people are equally close together, but one I view almost with a sense of nostalgia. As someone who is slightly obsessive with hygiene (or at least the lack thereof), I quite like the prevalence of masks and disinfectant; not least in supermarkets, where if you keep your eyes open you will see some rather uncharming behaviour as hands wander from nose to nectarine, or bum to broccoli, with cheeky fingernails piercing unsuspecting apples to inspect their flesh before discarding them for the next shopper to unwittingly purchase.

I’ve kept mine on while not stationary in the office, as well as in shops, and suspect I will keep doing so at least for the short term. But I suspect that many will not, and as daily reminders of the pandemic fade to distant memory, it’s only natural.

So the question is, how do you feel about masks now?