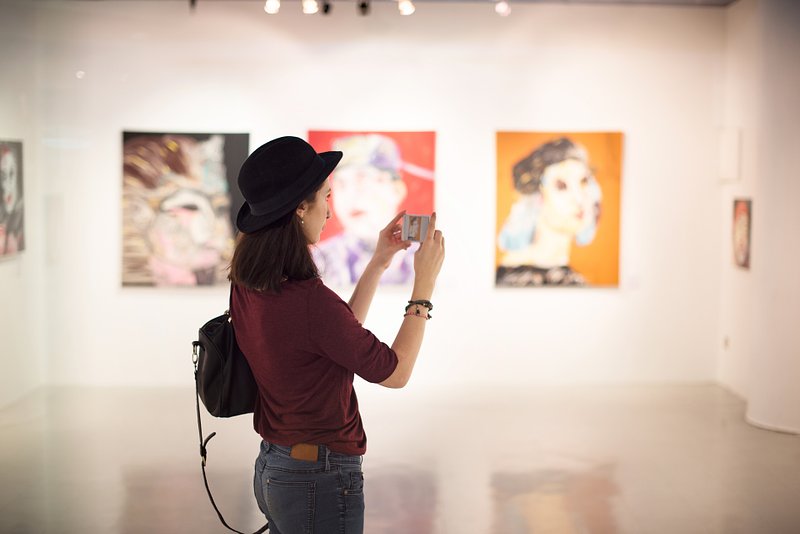 As Luxembourg is set to become the first country to provide free public music lessons to children, it's a good time to reflect on why cultural education is so essential and why it should generally be available for free.

It made the headlines recently: Luxembourg's Ministry of Education has announced that from autumn 2022, a large part of music, theatre, and dance lessons in municipal music schools will be free. The Grand Duchy will be the first country in the world to do so, at least according to the results of an extensive Google search by Minister of Education Claude Meisch himself.

The announcement is a great opportunity to remind ourselves of the importance of (free) cultural education. Because despite the fact that the Ministry's announcement was generally welcomed by most people, there are always some who downplay the value of cultural education, bemoaning that tax payer money is being "wasted".

I. Cultural education is humanistic education

Cultural education encompasses everything to do with culture in its broadest sense, i.e. all of the arts as well as areas generally related with the humanities, such as history or philosophy.

For most people, cultural education generally equates to artistic education, so let's start with the arts.

Art is the innate power that we as human beings have and it is by far our most powerful ability: Art allows us to create, deconstruct, filter, and distil reality as it is experienced by our minds. In his monumental novel Le temps retrouvé, French writer Marcel Proust even described literature in particular as "real life, life finally uncovered and clarified, the only life in consequence lived to the full".

Initiating someone into an art is empowering them. It is giving them the ability to express themselves on a very different level, to process their experiences, and to transform them into something beyond themselves.

Art and culture can also be beneficial for your mental health. Despite the stereotype of the perpetually depressed artist, I actually know numerous examples of people who managed to not only push through difficult times but to grow from them – because they could find comfort and healing in their art.

Cultural education also enables us to remain curious and open-minded. When people say they do not like "modern" art or think it is just a bunch of nonsense, the reason for this is often that they have never learnt how to approach it in the first place. The truth is that abstract, absurdist, or deconstructive pieces of art are often among the most impactful – you just have to approach them with the right mindset.

Ultimately, cultural education is humanistic education. It allows us to appreciate more of what makes us this weird, fascinating species that we are. If done right, cultural education makes us more empathetic, less self-centred, and more mindful of the fact that if there is anything that our world most definitely is not, it's boring.

Making cultural education free is a very big step towards putting an end to cultural gatekeeping.

Contrary to what some might think, culture and art are not luxuries, they are essential to the human experience. We as humans are instinctively drawn to expressing ourselves in a creative way.

If access to cultural education is artificially restricted by making it dependent on whether or not people have the money to pursue it, we are excluding certain demographics that are often already disadvantaged through poverty and/or discrimination based on race, gender identity, or disability, among others. Excluding these groups means suppressing their voices, their stories, and their perspective of the world.

By giving more people access to learning an art, we are already increasing the number of voices that will be heard. And by doing so, we are not only enriching our local culture, but we are also enabling the previously disenfranchised to challenge the existing system from within.

It is not a coincidence that classic art canons overwhelmingly feature works by white, cis, able-bodied men. And it is a good thing that these canons have been increasingly challenged in recent times. Assessing our own past critically is a good thing. It ensures that our cultural actually reflects the world and the people it continues to emerge from.

In fact, there is already one amazing example of the power of freely accessible cultural education: libraries. The concept of libraries is so simple, but we can be almost certain that a not insignificant number of people would oppose them if we would try and introduce them today.

One very recent example in this context: In the USA, there have been increased efforts in recent times to ban books, mostly targeting those that focus on race and LGBTQIA+ issues. Prominent victims of this medieval frenzy include graphic novel Maus by Art Spiegelman, which deals with the Shoah, and Beloved, inspired by the true story of an enslaved African-American woman, by Nobel prize laureate Toni Morrison.

In reaction to these book bans, the Brooklyn Public Library recently decided to make every teenager in the US, no matter in which state they live, eligible for one of their library cards, which allows them to sign out ebooks and audiobooks from wherever they live. If this does not show you how absolutely badass libraries are, then I don't know what to tell you.

Making cultural education accessible to as many people as possible is a concept that is fortunately becoming more and more popular in many countries. To cite one example among many, the French city of Cannes has introduced a programme called 100% Éducation Artistique et Culturelle and significantly ramped up its offer of cultural education, both in schools and in day-to-day life. During the first Covid-19 lockdown, the municipality made it one of its main priorities to not only provide the local population with access to food and hygiene products but also cultural experiences. The city council organised remote performances featuring local artists and even set up a phone number that children could call to listen to a story voiced by professional actors.