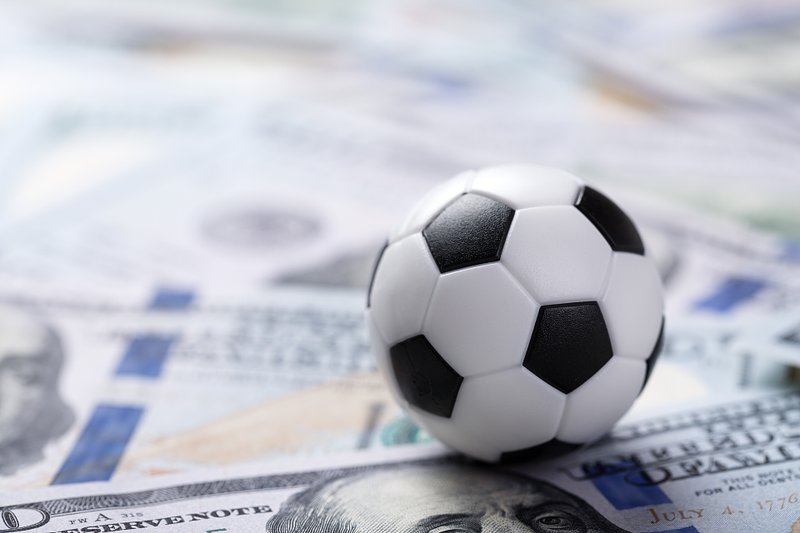 After the Winter Olympics in China, sports fans can look forward to another tournament organised by a highly questionable host this year. And the 2022 Football World Cup might just become one of the worst sporting events of all time.

I used to be quite a big football fan. As a child I spent way too many afternoons collecting overprized Panini stickers and swapping them via mail with various strangers across the country.

When I became a teenager, the fascination turned into a bit of an obsession: Taking after my father, I started following the latest news from several European leagues. At one point, I was able to effortlessly list the names of B-Players of numerous top and not-so-top football clubs, I owned two full sets of football attire from my favourite clubs (FC Barcelona and Olympique Marseille), and all me and my friends played was the FIFA series of videogames.

Over the years, my interests changed, and I became significantly less interested in football. Today, I almost never watch any league games anymore and I would probably struggle to name any players below the superstar level of someone like Kylian Mbappé.

But there are two events that still manage to get me excited about football: The European Cup and the World Cup. Besides bringing together the best players in the world, I found that these tournaments always had the ability to bring together friends and family.

But over the past two decades, the businesspeople behind FIFA – let's be honest, it's more about business than sport at this point – have managed to gradually suck the fun out of these events too.

Today, we know that the 2006 World Cup in Germany was practically 'purchased' by the German Football Federation, the tournaments in South Africa and Brazil left the countries with useless stadiums while FIFA cashed in most of the profits, and well… do we still need to discuss why it was problematic to let Russia host the 2018 World Cup?

But in this article, I don't want to dive into the corruption of the past. Instead, I want to focus on this year's World Cup, which will be hosted by Qatar, and why it might just end up becoming the worst World Cup of all time.

Although, there is a good chance I might just be completely wrong here. After all, the head of FIFA, Gianni Infantino himself, said earlier this year that the 2022 World Cup will be the "best ever". And if a trustworthy guy like Infantino says this, it must be true… right?

Before talking about the more serious issues with this tournament, we could start by pointing out that after Russia in 2018, we once again have a country hosting the Football World Cup that is, let's say, not exactly known for its football culture (and no, I do not count 'owning Paris Saint-Germain' as football culture).

I really do wonder if the FIFA President actually thinks that the atmosphere in the stadiums will be better in Qatar than in one of the many European or Asian countries that hosted the tournament before? Or, for heaven's sake, in South America, where football is practically considered a religion?

But besides Qatar's lack of a true football culture, it is of course the innumerable human rights violations that represent the true disgrace of this event.

For starters, the Qatari leadership continues to enforce numerous repressive policies. Despite recently introducing a minimum monthly basic wage of 1,000 Qatari riyal (roughly €250), wage theft remains a common occurrence in the country. A migrant worker's legal status is also still tied to a specific employer and even though Qatar vowed to improve the workers' situation, they remain largely unable to leave their employer without the latter's permission.

Regarding women's rights, the country also does not have the best track record. Women in Qatar have only very restricted control over their own lives, requiring the permission of their "male guardian" to marry, travel abroad (until certain ages), work in government jobs, and even to obtain certain forms of reproductive health care. Men are blatantly favoured in almost all aspects of life, including family matters.

And the situation is certainly not any better for members of the LGBTQIA+ community. Homosexuality in particular is considered a crime in Qatar and can be punished with up to seven years imprisonment. Muslims can even be sentenced to death under sharia law.

As FIFA prides itself on being "open and tolerant", Qatari officials were quick to assure the public that despite their country practically denying a whole demographic its right to exist, LGBTQIA+ fans would be "welcome" and "safe" and could even display rainbow flags, if they wished to do so.

However, earlier this month, Major General Abdulaziz Abdullah Al Ansari, an official overseeing security at the World Cup, backtracked on that promise, stating that rainbow flags may be confiscated from fans – officially, to "protect" them from potential homophobic attacks. " You want to demonstrate your view about the (LGBTQIA+) situation, demonstrate it in a society where it will be accepted," the General said, according to the UK newspaper 'Metro'. So much for the "best ever" World Cup.

Speaking of the World Cup itself, Qatar is building a truly insane amount of infrastructure. And not just stadiums either, but a completely new airport, hotels, and a new city (!), which is meant to host the World Cup final.

To achieve this, the country mainly relies on a massive workforce of over 2 million migrant workers. According to Human Rights Watch, migrant workers account for approximately 95% of the country's total labour force.

While the Qatari leadership is very cagey about worker deaths and has yet to publish any official statistics sorted by nationality, sector, and other factors, there have been estimates. In 2021, the Guardian reported that, according to its own calculations, over 6,500 migrant workers from India, Pakistan, Nepal, Bangladesh, and Sri Lanka have died in Qatar since it was awarded the right to host the World Cup in 2011.

And those that survive often face gruelling work conditions. As recently as three weeks ago, Amnesty International published a new report revealing that migrant workers have been forced to work up to 84 hours a week and some have had their salaries slashed because they were unable to work due to illness. The report also stresses that the Qatari leadership is well aware of this situation.

So, let's try and sum all of this up: The "best ever" World Cup will be hosted by a country that has almost no football culture of its own but does have numerous repressive policies, openly discriminates against women, considers homosexuality a crime punishable by imprisonment or even death, and is likely directly responsible for the deaths of thousands of migrant workers, most of which probably worked on infrastructure projects directly linked to the tournament.

We can denounce all of these issues, we can write op-eds such as this one, and we can voice our outrage as much as we want. But as long as the big football nations all participate, as long as the main sponsors keep the money flowing, and as long as we all keep watching, organisations like FIFA will not budge by a centimetre.

There comes a point at which we should all ask ourselves, how much human suffering we are willing to ignore and tolerate just to watch some millionaires in shorts kick a ball around for a few weeks. At the end of the day, all it comes down to for FIFA is hard cash. And at the very least, we should ask ourselves if we are really willing to hand them any of ours, whether directly or indirectly.