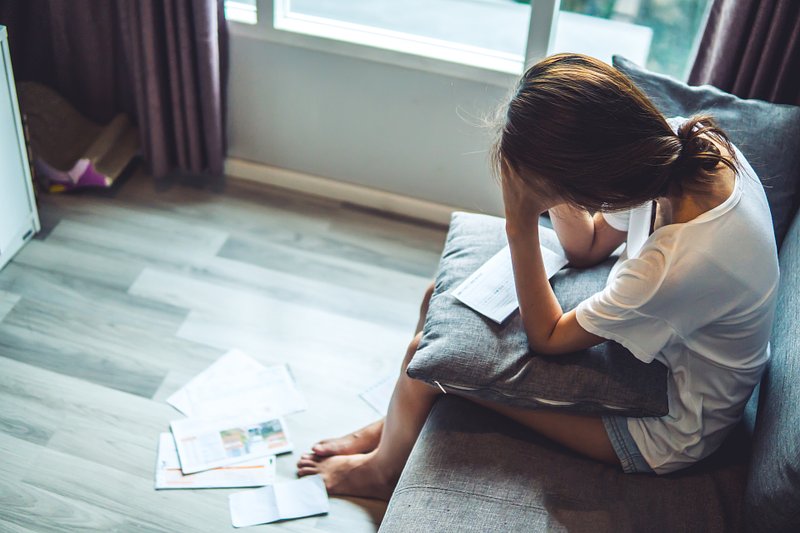 Your twenties are supposed to be among the highlights of your life: Combining the increased freedom of adulthood with the resilience and fitness of a still youthful body, you are supposed to be on top of the world. However, for many, the reality is quite a bit bleaker.

The midlife crisis is one of those topics that has perhaps been discussed to death. In that sense, you can rest assured, dear readers, that I will not be joining in the beating of this dead horse – discussing the struggles of middle-aged people feels just a tad bit odd for a 25-year-old.

However, being 25, I feel that I am in the perfect position to say a few words about the midlife crisis' little sibling: The quarter-life crisis.

Now, I do not claim to be the first to talk about this, in fact this opinion piece was partly inspired by articles I read in German and French newspapers. I am also not currently going through a quarter-life crisis myself, as you may be relieved to hear.

However, I do know quite a few people my age that are facing some of the struggles described below, and some are even explicitly referring to it as a 'quarter-life crisis'.

So, let's start by setting the stage: What even is a quarter-life crisis?

I. The Pie of Life

Many people still think of life as a pie, split into four neat quarters. Between birth and 25 years, we go through the exciting experiences of childhood, adolescence, and early adulthood. Between the ages of 25 and 50, we deal with the responsibilities of adulthood and focus on our careers and, for some, families. Between 50 and 75, most people tend to retire and deal with the more or less serious effects of old age. And since not everyone even remains in the game beyond the age of 75, the final quarter can be considered a sort of "bonus round" of life.

We will come back to this idea of the "pie of life" in the next section, but for now, let's just work with it as is to establish the main issue. It is usually between the end of the first quarter and the start of the second that most people start dipping their toes into "quarter-life crisis" waters.

For starters, if you believe the "pie of life" view to be accurate, it is around the age of 25 that the following realisation will usually hit you: "Oh God, I've only got half of my 'active' life left". For many, this is the first time that they experience a feeling of "running out of time" in the existential sense. If you have never had any near-death or traumatic experiences during your childhood and adolescence, this will be the first actual realisation of your own mortality for you – scary stuff!

This feeling of being at the mercy of an uncaring universe is often accompanied by other experiences. In their 20s, many people are forced to come to terms with the fact that some, if not all, of their plans simply do not work out the way they expected.

Maybe as a teenager, you decided to become a teacher because school is all you really knew at that point… but then as you get older and start studying, you realise that teachers don't just have to be experts in the subject they teach, but also – ideally – have the social skills necessary to deal with children and/or teenagers. Maybe you decided to become a veterinarian because you love animals… but then you realise that you hate everything else that is involved that HASN'T to do with animals.

There are countless examples like this and they usually all lead to a paradoxical emotional state: a combination of a deep desire to leave everything behind and "start a new life" and, at the same time, a paralysing fear of starting over.

The situation can be worsened by the undeniable societal pressure to "figure things out" as quickly as possible. The "pie of life" imposes a very strict schedule on life: The time for "experimenting" and "taking chances" is very clearly during your teenage years and your early 20s.

By the start of the second quarter, you should really have figured this whole life thing out, you know… Wait, what do you mean you don't like your job? Get used to working, you entitled millennial! There are others who would kill for a severely underpaid job that leaves them a burned-out, empty husk of a human being…

And there are even some very specific factors of the times we live in that certainly do nothing to soften the blow of the quarter-life crisis: the pandemic and the related isolation from friends and family and cancelled plans, the war in Ukraine, rising energy prices, beyond unaffordable housing, climate change… yeah, maybe best to just stop here.

It is very easy to make jokes about people going through a quarter-life crisis. After all, those experiencing the much more established midlife crisis have already been the butt of so many jokes for longer than anyone can remember. So, why should we, as a society, care about some young people whining about how hard life is? Won't they just "get over it" at some point anyway?

Well, perhaps we should start with pointing out that while some may indeed be able to overcome their quarter-life crisis relatively quickly and unscathed, others run the very real risk of developing serious mental health issues. Burnout is no joke, and while not a mental health condition on its own, it can lead to some very nasty consequences if left unaddressed.

The quarter-life crisis is also a symptom of larger problems in our society: An outdated education system that is still too hierarchical and too linear, insane work hours (admittedly: in some countries more than in others – looking at you, Switzerland), salaries that don't allow you to live a dignified life, employers that expect you to be available 24/7…

Some of these issues are clearly political in nature, such as labour rights, climate change, and housing among many others. However, other problems are directly caused by irrational societal expectations and needless pressure. We need to lose this suffocating judgmental attitude towards the lives of others and allow room for mistakes and second, third, fourth attempts.

What a lot of this also comes down to is this: The seemingly clean cuts between the quarters of the "pie of life" are becoming increasingly blurred – if they ever really existed in the first place.

"Time's Arrow" is how we as humans usually think of time. A linear sequence of events, with a clear division between past, present, and future. But the thing is: This is all in our heads. We choose to perceive time in this way, and even more than that, we CHOOSE to divide life into "phases" and "sections" and started constructing expectations for these different periods.

Nowadays more than ever before, it becomes glaringly obvious that for so many people, life is not a rigid series of building blocks but a blank canvas that eagerly awaits all sort of choices, even – and perhaps especially – unusual or unconventional ones. And I for one feel that recognising this would make life that much more enjoyable for all of us.