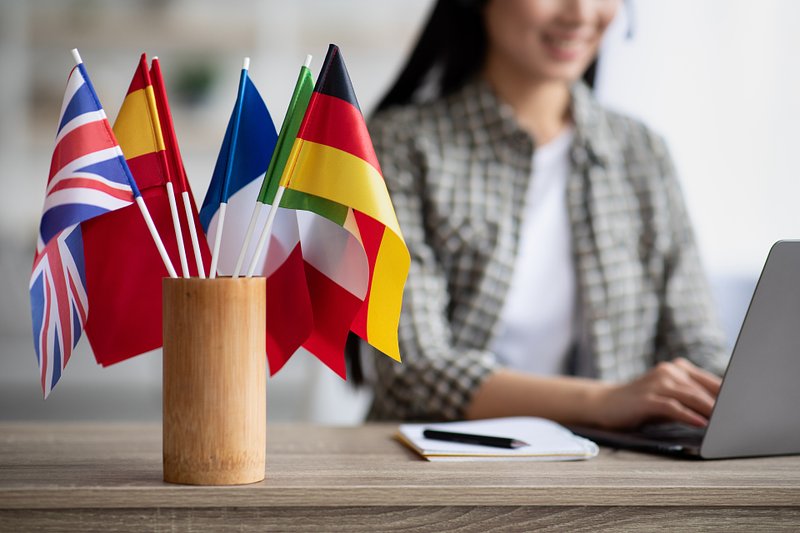 For people who like to present themselves as "guardians" of the spoken and written word, language is constantly under threat and must be defended from people trying to "destroy" it. Their pedantry is proof that they actually know very little about language.

Language is one of those things that people either don't really think about or choose as their hill to die on.

Usually, the trouble starts – as it so often does – when politics gets involved. After all, a language is part of many people's identity. If they feel that 'their' language is under attack, they feel threatened in their very existence.

Little stars and an institution that is afraid of English

There are numerous examples of language being at the centre of political debates that are often fought very aggressively.

Laura Zuccoli from the Association for the Support of Immigrant Workers (ASTI), for example, recently pointed out the absurdity of the Sproochentest (language test) as part of the naturalisation process in an interview with Radio 100,7. Zuccoli criticised that people who can prove that they had a Luxembourgish ancestor before the year 1900 can acquire Luxembourgish nationality without any language test while a Portuguese worker has to pass a language test after waiting for five years to be able to apply. To become a Luxembourger without having to take the language test, that same worker would have to wait for another 20 years.

These types of language tests have often been criticised for their arbitrary requirements and the situations in which they apply or don't apply. Considering the example given by Zuccoli, it is difficult not to view it at least in part as a sort of gatekeeping tool.

With Luxembourg in particular, it is sometimes quite funny to watch people construct this myth of a continuous national identity and language that is supposed to go back several hundred, if not thousands, of years. But despite the fact that Luxembourgish as its own "thing" is still a relatively new concept, at least from a historical point of view, people have already started complaining about its "decay".

This weird language hysteria is also quite prominent in the Grand Duchy's neighbouring countries. In France, the infamous 'Académie française' published a report in February in which the institution express its concern about "the explosion of franglais" (i.e. the mixing of French and English words and expressions in everyday language). This is all the more relevant in the context of France's upcoming presidential election, with far-right candidates in particular campaigning on platforms such as banning the use of foreign languages in adverts (Marine Le Pen) or abolishing English classes in schools (Éric Zemmour).

In Germany, there has been an ongoing public debate over the past years regarding the practice of 'gendern'. For context: Contrary to English, the German language has three grammatical genders (male, female, and neuter). This means that instead of having just one form for certain words (for example: the teacher), you have two (der Lehrer = the male teacher / die Lehrerin = the female teacher). For the longest time, it was standard to use the so-called 'generic masculine gender' when talking about a mixed group of people, with the argument being that while the male gender is used, others are implied.

In recent years, however, there have been attempts to make these types of statements more inclusive. One of the most well-known suggestions is that of the Gendersternchen ("little gender star"), i.e. using an asterisk to attach the ending of the female gender. By writing die Lehrer*innen, one includes both the ending of the masculine plural and the female plural.

As Luxembourgish is also a Germanic language, this "gender debate" is also a topic of public discussion in the Grand Duchy. However, I will not dive any deeper into this at this point, I merely wanted to cite it as one of many examples of debates which appear to suggest that there is a "correct use" of a language.

One last thing that is worth pointing out though is that these ridiculous debates are practically always instigated by conservatives or the political right in general. And while they usually claim that they are but humble defenders of a beautiful language that is under constant threat by insane, evil leftists who want to force everyone to write or speak a certain way, it is often just them who end up forcing their views on others. For instance, briefly returning to this "gender debate" again (last time, I promise): To my knowledge, there are no institutions, universities, or entities in Germany (or Luxembourg for that matter) that force anyone to use inclusive language. But there are several examples of political initiatives and even concrete proposals for draft bills that would effectively ban the use of it. But oh well, the right always had an "interesting" definition of freedom after all…

Abandon the canals, embrace the sea

As a translator and a writer, I feel that I am in a very specific situation to comment on this. When translating, I obviously have to be quite rigorous when it comes to orthography and sentence structure. And while some might assume that this is also the case when I'm writing, well… let's just say that with poetry, you have to take the training wheels off if you want to enjoy the really interesting terrain.

Of course we need orthography and grammar and all of these stylistic guidelines to some degree. If language were just a complete free-for-all, learning a new one would be even more of a struggle than it already is. But as with many things, we need to be careful not to cross over into an overly orthodox and dogmatic way of thinking.

Any decent writer will tell you that language cannot be controlled. We can try forcing it into some sort of linguistic straitjacket but the only thing we'll find is that language will burst out, scream-laughing into our puzzled little faces.

Language, as I have come to know and deeply love it, is an insane anarchist. Language is soothing but also uncomfortable, it is tactful and crass. Language is respectful enough to take off its shoes when coming into your home, but it also takes off its socks and puts its feet on your table. Language roars like the mighty Niagara Falls but it also drizzles like stale water out of a broken tap.

Take it from someone who has accepted language as their boyfriend, sidechick, wife, toyboy, and concubine: We can scream and protest, we can huff and puff, and we can throw all the tantrums we want – Language will forever escape our grasp. Languages do not "decay", there is no "perfect state" for them to somehow fall out of. The only thing they do – same as us – is change.

Essentially, this leaves us with two options. We can either become tiresome old whingers, eternally wagging our finger at whatever changes language inevitably goes through. Or, we can not only accept, but embrace the true nature of language. In an absolutely brilliant talk about the power of language on BBC Radio 2 in June 2019, the marvellous Stephen Fry put it like this: "If you are the kind of person who insists […] that 'correct use' is something that exists, I hope I can convince you to abandon your pedantry, dive into the open, flowing waters and leave the stagnant canals be."

Instead of clinging to these fictitious ideas about language, banning some while forcing specific ones on others, bashing our heads in over 'correct use', and complaining about young people using language in their own unique way, we should simply be in awe at the phenomenon of language. And we should not be afraid to let it spill out of us at every second of every day.