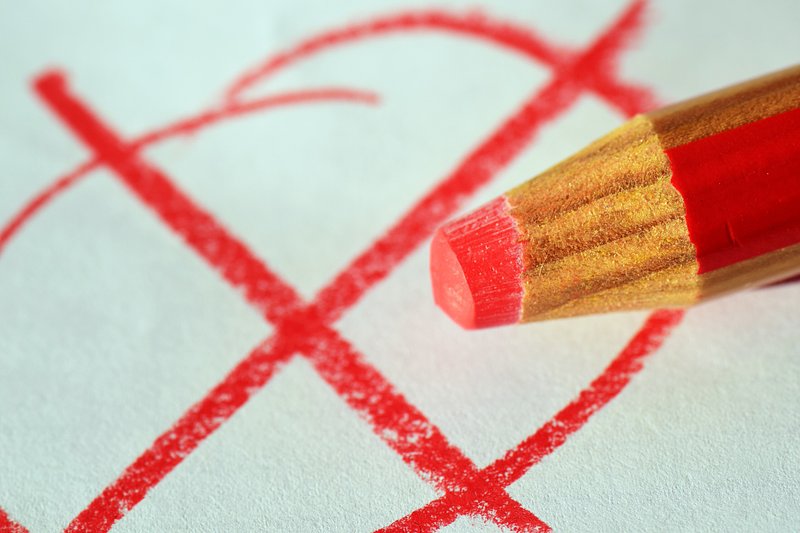 The government's recent decision to make voting in municipal elections easier for foreign residents and the political reactions to it once again echoed the botched 2015 referendum. Do referendums do more harm than good and if so, are there perhaps better alternatives?

Recently, Minister for Home Affairs Taina Bofferding, Minister for Integration Corinne Cahen, and Minister of Justice Sam Tanson announced a couple of changes to the electoral and municipality laws: The 5-year-residency requirement for non-Luxembourgish nationals is to be dropped and the delay to register on the voting lists is to be lowered from 87 to 55 days prior to election day.

In essence, the amended laws will allow foreigners not only to vote, but also campaign for a municipal mandate as soon as they have officially moved to the Grand Duchy.

Reactions from the country's political sphere started rolling in fairly swiftly, with members of the Left Party calling the change "long overdue" while the country's biggest opposition party preferred to wait and debate their position on the matter first. The reaction of the Christian Social People's Party (CSV) was particularly interesting because they were quick to refer to the results of the 2015 referendum, stressing that they must be respected.

But must they really?

For those who may not be aware and those who need a quick refresher, here's a brief recap of this infamous political event:

The referendum of 7 June 2015 asked voters three questions, all to with potential amendments to the country's constitution.

The first was whether people between sixteen and eighteen should have the right to voluntarily register on electoral lists in order to participate as voters in national, municipal, and European elections as well as referendums.

The second one was whether non-Luxembourgish nationals should have the right to voluntarily register on electoral lists in order to participate as voters in national elections, on the double condition that they have resided at least ten years in Luxembourg and that they have previously participated in European or municipal elections in the Grand Duchy.

The third question was whether the maximum period during which someone can continuously be part of Luxembourg's government should be limited to ten years.

As for the campaign, the three governing parties (DP, LSAP, the Green Party) as well as the Left Party and the Pirate Party all supported a "yes" vote to all questions. The Alternative Democratic Reform Party (adr) campaigned for a clear "no" to all three questions, while the CSV also supported the "no" vote in principle but focussed on urging voters to be as well-informed as they could.

However, we cannot talk about the 2015 referendum without also mentioning the 2013 early elections: Due to several controversies, the government of then Prime Minister Jean-Claude Juncker had lost its majority in the Chamber of Deputies, triggering early elections in October 2013. While the CSV lost seats following that election, it still remained by far the country's biggest party. Juncker and the CSV stressed that this should give them the right to form the next government, but the party leaders of the DP, LSAP, and the Green Party refused to negotiate with the CSV, and instead announced that they had informally agreed to form a coalition. Ultimately, this led to the first government under Prime Minister Xavier Bettel.

The atmosphere in the year leading up to the 2015 referendum was, to put it lightly, toxic. A significant part of the population was very unhappy with the outcome of the 2013 elections. Some followed the CSV's line of argument and felt that the election had been "stolen" from the party. Others were slightly more nuanced, and mainly took issue with the fact that the other parties had outright refused to negotiate with the party that had received the most votes by quite a margin.

As a result, the upcoming 2015 referendum was in way doomed to fail from the beginning. Initiated by a government that was largely unpopular and downright hated by some, a lot of people saw it as the perfect opportunity to express their frustration.

Many never actually thought about the three proposed amendments. No matter what the questions would have been, they would have voted the opposite of what the government wanted them to vote.

One very absurd example of this: For me and many of my friends in my age group, this referendum was the first time we were allowed to vote. And nearly all of us, me included, voted against all three amendments. I remember very clearly that none of us ever really thought about it. From the beginning, we all knew that we would vote "no" because we knew that there was this new government that most of our parents and other older adults did not seem to like. We voted against giving people between sixteen and eighteen the optional right to vote because we accepted the ridiculous argument that people that age are simply "not ready yet".

I usually always say that I would not change a thing about the way I've lived my life so far. However, the one exception to this are these three dreadful votes. And I know for a fact that most of my friends from back then feel exactly the same.

Referendums: Making a mockery of democracy

One of the worst things about the 2015 referendum is that its results keep coming back to haunt us. The truth of the matter is that all three proposed amendments would have made Luxembourg a better, more modern country. And in the long run, we will not get around them, one way or another, if the country truly wants to move forward.

If the 2015 referendum, and one year later the Brexit referendum in the UK, have shown us anything, it is how pointless, and in some ways dangerous, referendums are. They are by their very nature polarising, they oversimplify complicated questions, and they are the perfect breeding ground for the emotional manipulation tactics of a country's worst demagogues and doomsayers.

In addition, a decision reached by referendum is seen by many as the "final word" on a policy or issue. How truly absurd, and not only because of the almost consistently skewed results and the emotional irrationality of the vote itself, but also because of the constantly changing and shifting population. Why on earth would we ever consider the decision taken by a very particular snapshot of a country's population at a very particular point in time, often driven by misinformation and clouded judgment, as somehow "enshrined into holy law", unalterable, irrevocable for all times eternal?

We must push referendums off their sacred pedestal. They are not the sole way to "give power to the people", in fact, better alternatives have been discussed for years. In his book "Against Elections: The Case for Democracy", the Belgian cultural historian and archaeologist David van Reybrouck makes the case for a so-called "deliberative democracy" – a system in which people not only vote for politicians but are also regularly engaged in discussions among themselves and with experts.

Instead of a referendum, a representative number of eligible voters could for instance be drawn (by chance) as participants in a sort of consultative commission. According to van Reybrouck, they would be paid to ensure that every candidate could participate, no matter their social background. They would then discuss the political issue(s) at hand with all sorts of people including politicians, scientists, experts, people personally affected by a policy…etc The discussions would be led in small groups with professional mediators present at all times to avoid any one person from taking over the debate. At the end, the commission would then give its official recommendation or position on the matter.

Deliberative democracy, or variations of it, have been tested out in numerous countries already, often with surprisingly positive results. While we should never assume to stumble upon a miracle cure for everything, we should perhaps be more daring in trying out different systems and approaches. Referendums have proven to come with major drawbacks, so why still pretend that they are without alternatives?