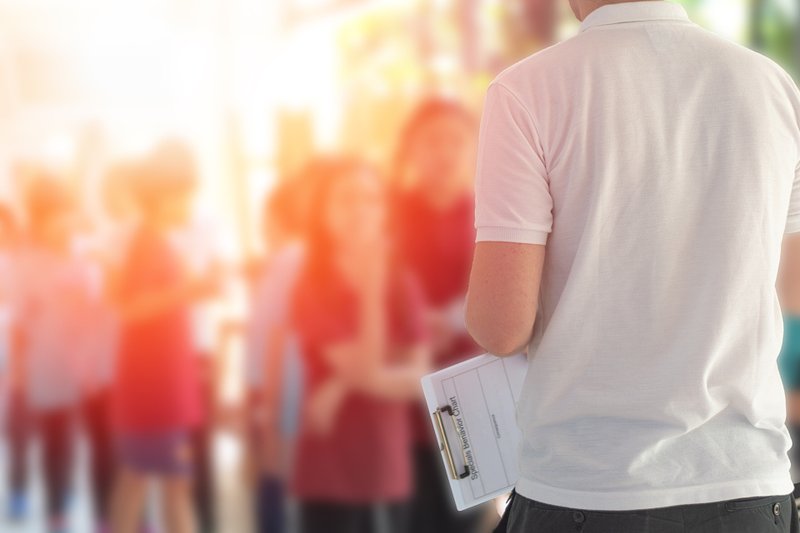 Many people seem to have a lifelong aversion against sport. Often, this goes back to bad experiences in Physical Education (PE) class at school. Does sport always have to be about competition or is there maybe a healthier way to teach people to stay fit?

Okay, listen, I am going to be the first one to admit it and I know that many of you are likely in the same situation: Yes, I might have packed on a few additional kgs over these past few months.

When this whole thing started over a year ago, a lot of us were quite motivated during the first lockdown. Here's our chance to get stuff done! But after months of hard, soft, semi-hard-but-also-somewhat-soft, and medium-rare lockdowns, I think we can all agree that it has already been somewhat of an achievement to simply hold on to our sanity.

In my case, being active and doing sports is one of those things that I feel I have neglected a bit too much in recent times. Not that I had been an energetic athlete before, admittedly. In fact, for most of my life, I have always found that I am a bit hesitant when it comes to exercising and keeping fit.

Nevertheless, I have made an effort over the past two months or so to at least include a bit of cardio in my weekly schedules. And not only has this helped me feel better physically, but it has also had an incredibly positive impact on my mental health. Noticing this, I started to wonder why I and so many other people have this almost innate aversion to physical exercise.

Survival of the fittest

It was around this time that I stumbled upon a discussion among German twitter users, who were talking about their experiences in PE class back in their school days.

There were stories about bullying, harassment, shaming, and public humiliation – most notably not only between students, but very often also with teachers as the main instigators. Reading about these people's experiences, I started reflecting on my own experiences in PE class.

"That one kid who always gets picked last": It is an old "joke", but I feel like most of us know that this is very much a reality. And while it is mostly just brushed off as harmless fun – mostly by people who were likely never in that position – it is perhaps worth a closer look.

I was lucky in the sense that I never experienced any of the more extreme situations mentioned above. However, harassment and maybe above all sexist and racist behaviour in PE class, and particularly from PE teachers, is unfortunately a very real issue and deserves its own piece. But in this article, I want to focus on another, more general, element of physical education.

PE class in school is often very focussed on the competition aspect of sport. I remember being introduced to a variety of different sports, including football, rugby, basketball, volleyball, dodgeball, baseball, table tennis, hockey, and many more. While it was interesting getting to know all of these different sports, it usually always ended up in some sort of competition.

What was seemingly a lot of fun for some, mostly those already great at sport, often ended up being very stressful for others. Personally, I will always remember one particular school year in that regard.

A bit of background information for those of you that may not be so familiar with the Luxembourgish school system: After the first year in classic secondary education (back then it was known as Lycée Classique), students choose whether they want to learn Latin or skip Latin and immediately learn English from their second year onwards. I chose to study Latin and this story took place during my third year in Latin class.

During that year, boys and girls were separated during PE class and we Latin boys had class together with the other male students from the non-Latin classes. And for some reason, our PE teacher decided that it would be a great idea to just have us play a game of football every class and have all the non-Latin students play against us… every time. Now, while we did have a small number of people in our group that played sports in their free time, it might come as no surprise to you that most of us were what was and still is commonly referred to as "nerds".

Most of us dreaded these classes because it would inevitably always end up in a complete massacre, score-wise. In fairness, there was never any bullying, and we were generally on very good terms with the other boys. But looking back at this class today, I just remember that it was not very fun and did not add anything to the school week.

Putting the 'education' back into physical education

While this particular PE class stands out to me, there are other issues that I remember as well. Floor exercise, or gymnastics in general? I had minor anxiety attacks before each and every one of these lessons. Swimming? One of the most pointless classes of all time, seeing as we had just a little over an hour to put on our swim shorts, swim, dry ourselves to the best of our abilities, and change back into regular clothes. Only to still get yelled at by that ONE maths teacher.

Alright, so PE class was (and maybe still is?)… not quite ideal. But how could it be improved? I think that it basically comes down to one question: What should be the goal of physical education in schools?

In my opinion, the ideal PE class should

2) motivate them to keep fit, i.e. teach it in a way that makes them LIKE doing sport

It is well-known and long established that exercising regularly is good for us, both physically and mentally. And while, yes, some of us might be members of an amateur sports team and get their weekly dose of exercise that way. But let's be honest: For a lot of us, exercising can be as simple as going for a jog, taking out a mat and doing Yoga or simple floor exercises, going to a fitness centre and working with machines…

The truth is sport does not always have to be about competition and everybody likes to exercise differently. The ideal PE class, in my opinion, should introduce children and adolescents to different ways they can stay fit, but without forcing anything on them. That way, PE class could add so much value to a student's weekly schedule and act as a counterbalance to the other, often more intellectual, or at least less active, classes.

And before anyone cries about the students that do like competing against others and how this would take that away from them: Competition-based sport in schools already exists outside of PE class, here in Luxembourg notably in the form of LASEP (primary schools) and LASEL (secondary schools). And in my experience, students that are really into sport as a competition will enrol in these programmes anyway.

Enrolling in LASEP or LASEL is a choice, however. Attending PE class is not. Which is why it is all the more important to ensure that it is an inclusive and relaxed environment.