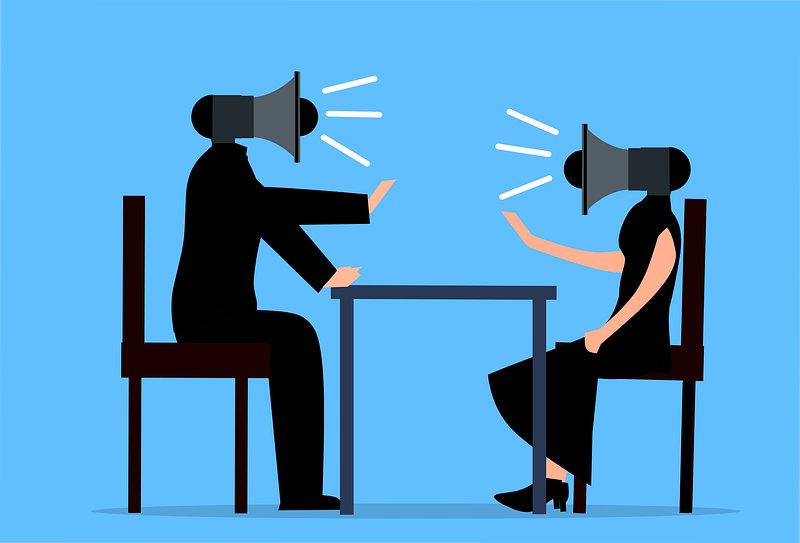 Social media platforms are the town squares of today, the "agorae" of the modern world. And while we will probably never really know how exactly public debates went down in these public areas in Ancient Greece, it sure seems like arguments have become a lot dumber over the past millennia.

Children are great. In a lot of ways, it is a lot easier to talk to a child than to an adult. One of their best attitudes, in my eyes, is that children are often very frank and direct. Most children have no hidden agenda, their goals are very much out in the open, and their reactions are practically always genuine.

Younger toddlers are, of course, also very self-absorbed. Most of the time, it is about what they want – and usually what they want RIGHT NOW – and only very rarely do they enquire how you are dealing with everything that has been going on. In the end, it is completely understandable. They have just come into this weird world and naturally, they will want to deal with themselves first, before they are ready to understand that others are dealing with their very own quagmire of problems.

When it comes to adults, however, one would expect a more levelled approach to the world. Most of us have been on this blue marble for a while, some a bit longer than others, and while there is always some more or less significant issue that we have to deal with, we should have the emotional and mental capacities by now to at least keep up a civilised debate for two sentences before devolving back into a primal rage.

Nowadays, debates and arguments are usually held over one of the popular social media platforms. Especially during the pandemic, bar fights have become a rather rare occurrence – even though now that terraces have reopened, we can sadly witness that some of us seem to have taken Marie Kondo's advice a bit too far and thrown away their manners alongside the never-worn socks they got for their 32nd birthday.

Arguing over social media is draining, frustrating, and bewildering. There are of course the trolls, who insert themselves into anything and everything just for the pure, spiteful "pleasure" of annoying others and being hurtful. While they are certainly very much a nuisance, it usually becomes easier to deal with them after some time because their interactions are inherently pointless.

However, there are others who are a bit more… dedicated. First of all, it should be noted how ridiculously fast you can become part of an argument online. You can tweet about the most mundane thing in the world, and it is almost guaranteed that someone you have most likely never heard of will pop up out of nowhere to tell you how wrong you have been about everything.

This is probably one of the weirdest aspects about social media arguments – the fact that people always seem to think that everything is addressed specifically at them. As with everything I am saying in this article, I am certainly not the first to have noticed this. In fact, British comedian Ricky Gervais has a brilliant stand-up bit about just this topic.

This is a phenomenon that also spreads across cultures. When the Luxembourg government recently announced that it would offer the AstraZeneca vaccine to anyone over the age of 30 who wanted it, the comments under various news articles on Facebook were full of people screaming that they do not want the vaccine. It is voluntary, no one is forcing you to do anything you do not want to. Why do you feel personally attacked by this arguably very reasonable policy decision?

It is a worrying sign that ad hominems, or personal attacks, have become so widespread, especially in political discourse.

In some ways, it is of course because so much of the digital sphere has been built around the individual. Everything is customisable, and we are asked for our opinion so often that you do not even need to be able to publish Opinion Pieces on a popular news website anymore to feel superior to everyone else – self-irony in this paragraph very much intended.

Because of this focus on the individual, it also seems that many of us have lost the ability to distinguish between the argument and the person that is making the argument. It is a worrying sign that ad hominems, or personal attacks, have become so widespread, especially in political discourse. Even here in Luxembourg, bills are nowadays usually passed with nothing more than the 31 votes held by the majority parties – a factor, which recently led former Prime Minister Jean-Claude Juncker to wonder whether it has become impossible to sit down and reach a mutual agreement on anything.

As always with these types of articles, there is a subtle urge for resolution at the end: Okay, here's a problem, but how do we fix it? While the dreaded "it's complicated" holds, unfortunately, still true, I would nevertheless argue that in this case, the poison may secretly be the antidote at the same time.

Social media platforms seem to act as a sort of catalyst for the actual problem, which is an unhealthy understanding of the individual. As individuals, we can contribute to – at the very minimum – an alleviation of the issue by simply questioning our choices, behaviour, believes, and – here comes a dirty word – ideology from time to time. Taking just a bit of time to step back and actually realise what we are doing can sometimes prove to be invaluable.

And, lest we forget, not saying anything is also an option sometimes.