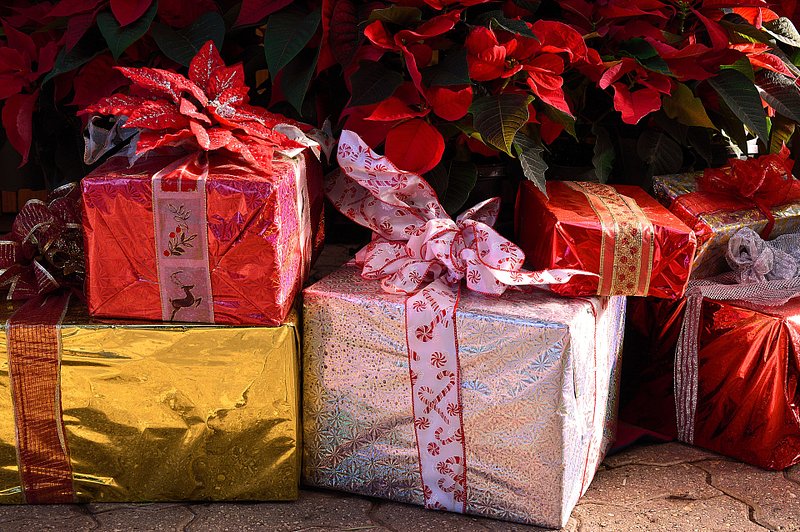 The Christmas spirit is slowly making its rounds again, and it seems that despite the government's partial lockdown, a lot of people still cannot seem to escape the almost traditional pre-festivities stress and shopping frenzy. Is the panicked scrambling for a last-minute Christmas present really a "patriotic task", or is this year's restricted end-of-year period not rather the perfect opportunity for us to reconsider our whole approach to the most wonderful time of the year?

"So, Balthasar, have you got a present yet?", Caspar asked before taking a sip of red wine. Balthasar sighed. Of course Caspar would insist on bringing this wretched topic up again. "No", he replied, hiding his annoyance behind a very superficial tone of regretful pondering. "It's just so difficult, you know? Like, what do you even get a baby? All that child really wants is probably just to sleep and be fed". Caspar laughed and spilled a little bit of red wine on his navy blue robes. While trying to get rid of it by dousing the spot in white wine, insisting a friend once told him that his distant cousin assured him that this would work every time, Caspar said: "Now, now, Balthi old chap, remember that this is not just any ordinary baby! This is the Son of God we're talking about here. We can't just turn up there without any presents!". "Yeah, about that, I still find it weird that you and Melchior just want us to follow a random star and turn up at a stranger's place out of nowhere. Are you really sure about that prophecy that supposedly foretold this?"

Again, Caspar laughed dismissively and insisted that you could always rely on something someone said ages ago in some long-forgotten context. "Instead of overthinking everything, as you always do, you should just get it done. I, for instance, got this amazing deal for some frankincense down at the bazaar. 50% off, can you imagine? To be completely honest, I feel a bit bad for the merchant, that guy was practically giving that stuff away…", Caspar told Balthasar while still pouring more white wine on his spot.

Balthasar wanted to ask Caspar whether he knew that the frankincense was overpriced to begin with and that the whole purpose of this "Purple Friday" sales day was just to get people like him to empty their pockets faster, but then changed his mind as Caspar would probably just have laughed again. Instead he asked: "Does Melchior have a gift yet?". Only half paying attention as he was still furiously rubbing the red wine spot on his robes, Caspar passively replied: "Oh yeah, I think he's just going to bring some gold…". Balthasar rolled his eyes. What an uncreative dimwit, he thought.

In the end, Balthasar decided not to bother too much either and just picked up some myrrh along the way.

While I have no way of knowing whether this is what actually happened thousands of years ago, I am quite sure that it would all go down somewhat like this if the Three Magi had lived in our time. Despite – or maybe because of? – the newly imposed restrictions, the rampant consumerism of our 21st Century society still seems desperate to break out at every chance it gets.

I also have to admit that I have already purchased all of my Christmas presents this year, and I am not trying to lecture anybody here. However, this year's special circumstances did get me thinking: What has Christmas become? Why does it seem to go hand-in-hand with mindless consumerism? But also, and mainly: Is there maybe a better approach that would make us all happier and truly content?

What are the first signs of the upcoming Christmas season? For a lot of people, they are Christmas themed commercials. Once you hear some middle-aged man giving his best impression of Santa Claus while he tries to get you excited about the new fish selection at your local supermarket, you know that the most magical time of the year is upon us. The "John Lewis Christmas ad" has become such an anticipated event that I would not be surprised if it had the budget of a Marvel film in about ten years, post-credit scenes and random cameos from Matt Damon included.

Christmas has long moved on from its religious origins and is widely celebrated around the world today. While the connection to the birth of Jesus has been mostly lost, a lot of people still seem to have this idea of Christmas being all about love and bringing happiness to each other.

Happiness, in turn, is something which our increasingly materialistic society has long begun equating with the possession of physical goods and marketing departments all over the world are only all too happy to spread and reinforce this idea. The commercialisation of feelings and "special moments" is nothing new: Valentine's Day is arguably more of a celebration of capitalism than of love, and the reason why we are supposed to gift the one we want to marry a diamond engagement ring is not some beautiful tradition passed down through the ages, but the result of a marketing campaign by the advertising agency N. W. Ayer less than a century ago.

However, as with so many things in 2020, the shopping hysteria has also become a political matter. Germany's Minister of the Economy Peter Altmaier recently gave an interview to the German tabloid newspaper "Bild" in which he proclaimed shopping to be a "patriotic task". The statement obviously resulted in a lot of heated discussions, but ultimately serves as the perfect example for how disturbingly unquestioned the unsustainable consumerism of our times really is.

Of course, I am not about to suggest that we should all boycott every retail shop in our vicinity and never give anyone a present ever again. However, instead I think it would all do us some good to reconsider WHY we want to give each other presents in the first place.

At its very core, a gift is supposed to make someone happy. Already, we should be asking ourselves if the cheeseboard we got for 30% off on Amazon is really going to make the gift receiver happy. That is not to say that a cheese board is a terrible gift per se. The important part is that we have thought about WHY this present would make someone happy. I think we have all received gifts in our lives that just ended up in a broom cupboard, condemned to collecting dust for all eternity. If you insist on buying someone a physical item, then put yourself in their shoes before you make a decision: What is something that they would really enjoy, maybe something that they would use regularly or display with joy? Empathy is key to a meaningful gift.

Another option is to ditch the materialistic approach all together. "What do you get someone, who already has everything?". Well, there are actually quite a lot of options:

Experiences can make for amazing gifts, and after the mostly eventless year of 2020, many people would probably enjoy this type of present more than ever before as it would give them something to look forward to. If you have the budget, you could organise them a more unusual experience like doing some laps on a professional racetrack or booking a private guided tour if they are more culturally inclined. Experiences do not have to be expensive though, you can come up with your own activities. I think I speak for a lot of us when I say that we would actually prefer to just spend a day or two with a friend doing fun activities instead of receiving a discounted box of scented candles.

Charity is another amazing gift option. Some people may joke about how dull it is to gift a donation to someone, but in my friend group, it has actually become quite a popular choice. A lot of charities even offer specific options for gift donations and just to give you one idea, believe me when I say that an animal lover will be over the moon if you sponsor a rescued or endangered animal in their name.

Thanks to the internet, it is also easier than ever to commission art. If you just take the time to look for them, you can find an infinite amount of talented people, and a lot of them are very happy to create something personal and truly meaningful for you – as long as you are treating them with the same level of respect as they offer you in preparing your order!

These are just some ideas, but there are of course so many more. However, we should also not forget that it is completely fine to not gift anything at all.

If we truly still believe that Christmas is supposed to be a celebration of kindness, love, and happiness than we should realise that there is actually no need to buy anything in order to celebrate these things. Instead, maybe just let a friend know how much they mean to you. Check in with your parents and ask them if there is anything you could help them with. If you know someone who has had a rough time this year, get in touch and offer them some support. You would be surprised how powerful these types of gifts can be.

Even if you are not religious, it is sometimes maybe worth remembering how this whole holiday started: With a family of refugees, who fled persecution and found shelter. When I read that story today, I personally do not see any God, messiah, or holy beings. All I see is a call to be compassionate and respect the dignity of others just as we would like them to respect our own.