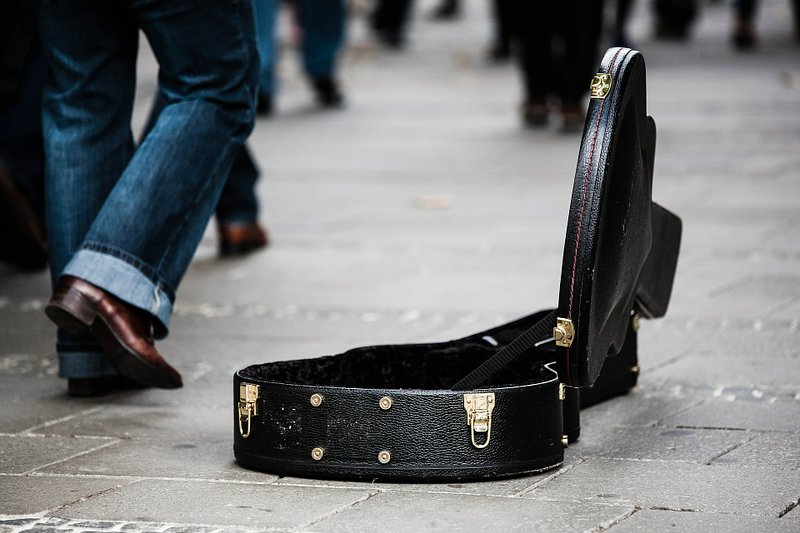 Live music has existed for as long as most of us can remember. Now is the first time its existence and continuation is under threat, writes Josh Oudendijk. Maybe it will never go down.

"Why do we need live music?" read one comment below a social media post by our Luxembourgish colleagues, which outlined the pandemic's effects on the Rockhal, the country's largest music venue. Over 170 events have been cancelled since their last show in March, which is an equivalent of 200,000 missed concert-goers. Including external staff members, the total of lost workdays was numbered at 5,800 days.

Never before have we witnessed such a crisis in the music business. Despite music sales looking healthy thanks to an increase in streaming and downloads, those that make live performing possible are suffering badly. Promoters and venue owners are coming up with socially-distanced gig solutions, but making a profit with just 20% capacity strikes an impossible tone.

Coming back to the cheeky comment (which of course triggered a shitstorm involving quadrillions of musicians and gig-lovers), of course it is true that live music is not as 'essential' as, say, keeping a supermarket going. But what most overlook is that there is an industry behind an artist on stage. This doesn't only include the more 'visible' positions such as the musicians, roadies and technicians around the show, but also bus drivers, cooks, labels, managers, venue promoters, booking agencies, photographers and rehearsal space rental groups, just to name a few working behind the scenes.

Not to mention the adrenaline and happiness one feels standing in a crowd of several thousand, shoulder-to-shoulder, having saved up months for a ticket, queuing up ages in advance for a spot at the front, hearing your favourite music live and loud, and with a bit of luck catching the set list or drum stick that is thrown down into the masses. That is live music, and some people simply cannot live without it. So the answer is yes, we need live music.

Read: Why it is so important for radio stations to play local artists right now
Read: Why have concert tickets gotten so expensive?

From a career (and business) perspective The live music circuit is an essential part of an artist's path. You record and album and then hit the road to sell and promote it. This is how any artist has been going for decades. We've only discussed major gigs so far, but especially small bars and restaurants depend on live music as an essential form of entertainment for their clients to come in and visit.

One Spotify stream is worth €0.0012. To put that number into perspective, a small indie artist with 10,000 streams would make €12. A mid-range artist with a new album that has scored a collective streaming number of 2,000,000 would generate €2,400. Someone like Dua Lipa, with over 5 billion streams, would have generated a figure well above €6,000,000 from the platform. In Luxembourg terms, that would mean requiring 2 million streams to cover a monthly minimum wage (this is gross revenue for indie artists - labels take a big cut). Even for an artist like Dua Lipa streaming revenue is tiny, considering the million dollar investments into making an album.

So that's where live music comes into play. Besides it being a thrilling experience standing on stage and connecting to fans around the world in a new city each night, ticket sales make up a big chunk of an artist's revenue. Big money still comes from radio airplay, but that tends to go hand-in-hand with whether you are performing in the area or not. A small artist may only achieve airplay in Berlin if he has a gig scheduled there, for example.

Some acts are now renting out a venue for a night and setting it up as if they were performing for a real crowd - only that there is no crowd coming. The concert is a virtual live stream for which fans can pay for and watch from home. It's a different experience, and probably only temporary, but it has helped some acts bridge this troubling period.

It can have financial ups too: a venue that holds only 500 people, say, is no longer capacity restricted, as an unlimited number of people can tune in online. The productions remain expensive, but some artists opt for a simplistic set-up at home.

A vaccine is an option. Airlines have already announced vaccination could become mandatory in order to travel. Concert goers will have their temperature checked before entry, and split into different groups that are not in contact with each other throughout the night. Air filters need to be built in to venues (not such a bad idea anyway post-pandemic; sweaty crowds are not particularly charming).

Overall, then, there is light at the end of the tunnel. There has to be, even if the tunnel stretches on through 2021. Artists are leaving their full-time music careers, looking for 9-5 jobs someplace else instead. One day live music will be back. It will never be dead, even if the music business is on the verge of existence. Those that 'truly' love music will remain and find a way to do things, the label executives will have to move on. Long live rock 'n' roll, baby.