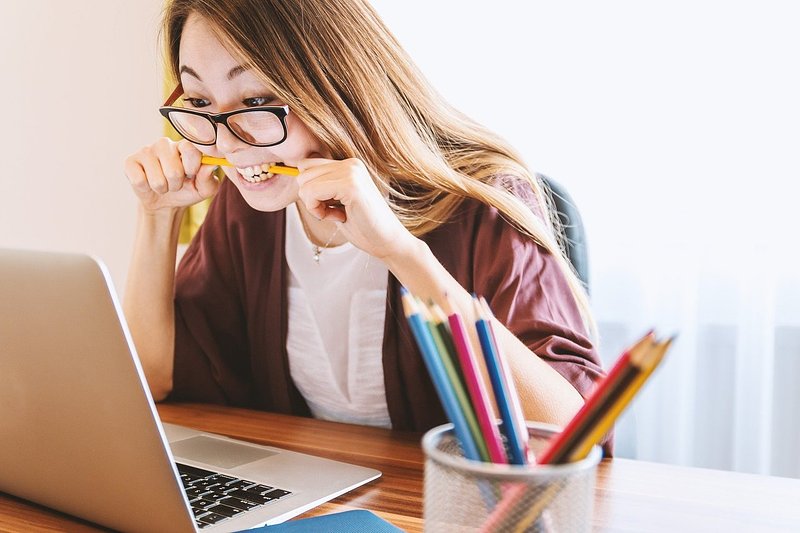 So Luxembourg performed poorly at the PISA tests? Here's why we shouldn't care - the results do not reflect the quality of an educational system.

A spectre is haunting Europe - the spectre of PISA tests.

The PISA shock has yet again infected many countries. Luxembourg is among them. The horror, the horror! It didn't take long for the first social media users to throw up harsh words of criticism aimed at an entire educational system. "How sad. It's time for Luxembourg's teachers to take a good long look at themselves, their intransigence and objective lack of performance," one person comments on Facebook. So all our teachers are lazy and PISA is the objective judge who confirms it? And our pupils are dumber than in other countries?

It's always quite perplexing: according to PISA, Luxembourg lags behind other countries. At the same time, it's one of the most educated countries on the planet, its pupils usually speak four languages and Luxembourgish university students are, to quote one of my former professors at Glasgow University, "usually outclassing their peers." Luxembourgish final-year students also usually have 9 different subjects, which is far more than in most other countries.

Does the problem then lie with our students and teachers (despite the extremely tough criteria to even become a teacher in Luxembourg) or with the test itself? To call a spade a spade, PISA tests are a bad joke and, as with all jokes, you shouldn't take it too seriously - and here's why.

First of all, it is currently not possible to change the language for each test depending on the aptitude of a student. In the Grand Duchy, around 55% of pupils come from immigrant backgrounds (OECD average: 13%), and consequently have completely different linguistic backgrounds. Of course highly monolingual countries are more likely to perform better at the test. Damn you Luxembourg pupils for speaking so many languages!

A laughable lack of standards

More importantly, the PISA regulations and standards are vague and rarely enforced. In other words, individual countries can easily manipulate which students and schools are participating, and which are excluded.

A country is allowed to exclude 5% of students on the grounds of mental disadvantages or for having an insufficient control over the test language. How is this defined? Who knows. A government can also set one additional reason to exclude a specific group of students from the test. As scholar Joachim Wuttke explains in a revealing paper on PISA, Denmark, Finland, Greece, Ireland, and Poland have been known to exclude all students that have some kind of reading and writing disability. Denmark even went one step further by excluding all students that have alcalculia. 5 countries simply excluded every student with dyslexia while countless other countries made every student take the test, regardless of dyslexia. What a surprise then that Scandinavian countries have acquired a reputation for their excellent performance at PISA. Does this mean their school systems are better than ours or that they were just a bit better at fabricating the results themselves?

To make matters worse, the 5% rule is rarely enforced. Wuttke cites the examples of Turkey, which excluded a mere 0.7% of its students from the tests while Spain, the US, Canada, New Zealand, and Denmark all excluded significantly more than 5%. They were not penalised - PISA simply collected and evaluated the received data.

The standards for testing are not unified. In some countries, the tests take place during the regular school times. In Switzerland for example, the students were only allowed to hand in their completed tests after 2 hours. In other countries, the tests take place outside of normal school hours and students can hand in whenever they want. Put yourself into the mind of a 15-year-old: you need to complete this boring test that doesn't even allow you to express yourself (more on this later), perhaps even outside of the regular school time. It will have zero repercussions on you personally and you will not even receive feedback. Would you complete the test or just hand in and be done with it? I certainly would have gone for option B. Then again you could just do it like Poland: unfinished questionnaires were simply not evaluated at all. Pragmatism for the win.

According to a more recent Forbes article, PISA also has a history of selecting a sample from only the best-educated areas or from their top-performing students. China, Hong Kong, Macau, and Singapore were some of the examples cited in the article.

15-year-olds are not good representatives of an entire education system to start with. Wouldn't it be more productive to test those students who actually finished secondary school and received a degree? Does that not tell us more about the quality of an educational system? The end product is not taken into consideration by PISA. Apart from that, many countries allow pupils to drop out of school early or just tolerate if students don't come to classes. An example would be Portugal, which performed quite well on the test in 2000. Is that because Portugal has such an efficient educational system compared to Luxembourg? Far from it. The country has much higher rates of pupils dropping out of school before they're 15 - all of these students obviously did not take part in the test while weaker students still participated in Luxembourg.

Forcing students to think inside the box - literally

Finally, PISA is a symptom of the stomach-turning privatization of education. Already in 2004, a large group of academics from around the world published an open letter in which they warned against the extreme damage PISA does to the perception of education worldwide. More importantly in the context of privatization, they explained that PISA fails to provide details regarding the "role of private, for-profit companies in the preparation, execution, and follow-up to the tri-annual Pisa assessments to avoid the appearance or reality of conflicts of interest." The only big winners of the PISA testing scam are the wealthy individuals and pro-profit companies lining their pockets under the pretext of investigating education standards around the world.

And, to put it frankly, the test itself is not a clever test. The questionnaires are not designed by pedagogues or professors. The ideology behind it is flawed from the start and begins with PISA's reductionist definition of education. Multiple-choice tests, experts have long agreed, are a very superficial way of testing a pupil's competences. Pupils can't give their own opinions but are literally forced to think inside the box. In the words of scholar Thomas Jahnke, this kind of testing "robs them of their human, democratic, and emphatic core." Education is not measurable with a series of straightforward multiple-choice questions.

This kind of testing represents a divorce from authenticity, our collective democratic values, and our investment in a pupil's development of his or her own self. So Luxembourg performed poorly at PISA? "How sad"? Not really.

Gerry Erang is an editor, journalist, and translator at RTL Today. He's grown up in Luxembourg and wants to thank all his inspiring secondary school teachers who encouraged their students to think outside of the box.