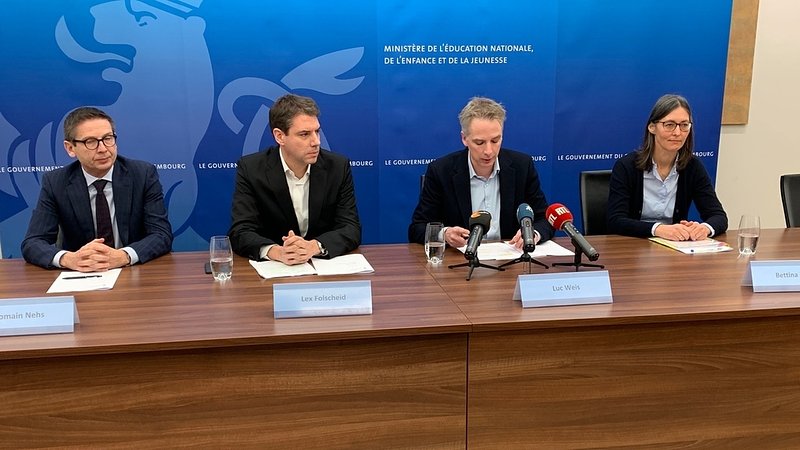 The latest results of the PISA tests were published on Tuesday and presented by the Ministry of Education.

600,000 pupils from 79 countries, aged 15 or 16 years old, were tested on reading comprehension, mathematics and natural sciences for the international comparison organised by the OECD.

Luxembourg's results fell under the OECD average, and were also lower than all three neighbouring countries.

The tests were completed on computers for the first time.

To achieve better results in future, authorities are looking into the possibility of changing the language for each test depending on the pupil's aptitude, which could help Luxembourg's situation.

In the Grand Duchy, around 55% of pupils come from immigrant backgrounds, compared to 40% in 2015. The OECD average is 13%. Socio-economic status also played a stronger role in Luxembourg than in other countries — students from an advantaged background outperformed their disadvantaged classmates by 122 score points in reading, with the OECD average being 89.