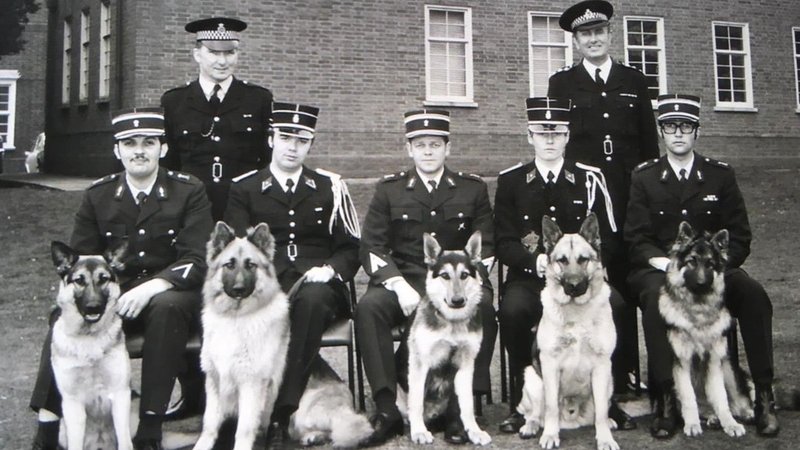 This is my twelfth and final column in the #LuxUKLinks series in which I highlight links between Luxembourg and the UK.

To end, I will cover a random selection of my favourite links that haven’t been included in previous themed columns.

Did you know for example that the very first police dogs in Luxembourg came from the UK?  This was in 1974 with the dogs and their handlers trained by Staffordshire police.

Or that the GRAND Duchy of Luxembourg and the United Kingdom of GREAT Britain and Northern Ireland are the only two countries to celebrate magnitude in their official name. Until 2011, there was a third, the GREAT Socialist People’s Libya Arab Jamahiriya… (One of my more frivolous links!)

Or that many of the vineyards in the UK were planted by Luxembourgers?  Last week I had the honour to meet Joseph Pauly, who lives in Remich, and who back in the 1980s when the UK wine industry was still very young, would take young vines developed here in Luxembourg and supervise their planting in English vineyards. The tradition continues with Carlo Faber from Wellenstein. He numbers over 100 English vineyards (out of 700 or so) among his clients, past and present. 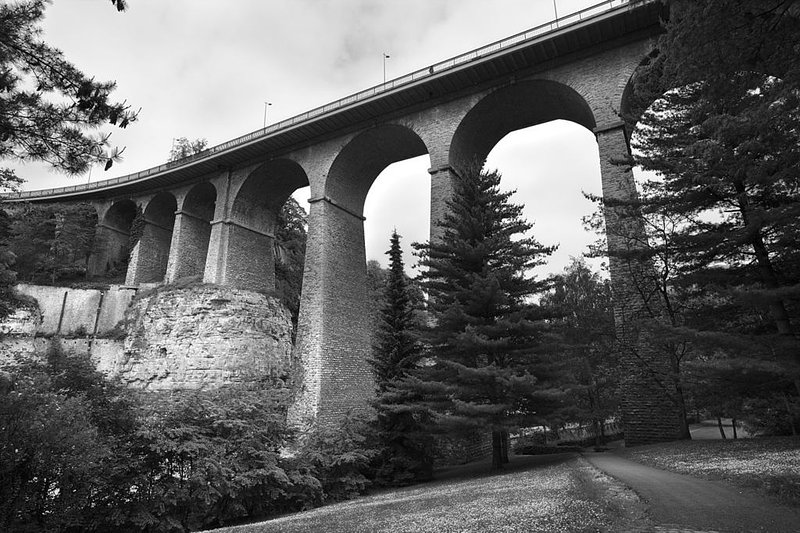 And while I drove along the Moselle River I recalled that was something else, the UK and Luxembourg have in common (and admittedly share with Germany and France). We both have a river called the Moselle. But while the Luxembourg Moselle is a mighty thing of beauty, surrounded by vineyards, the River Moselle in London is a modest stream, culverted for much of its length.  There are no river cruises on the London Moselle. 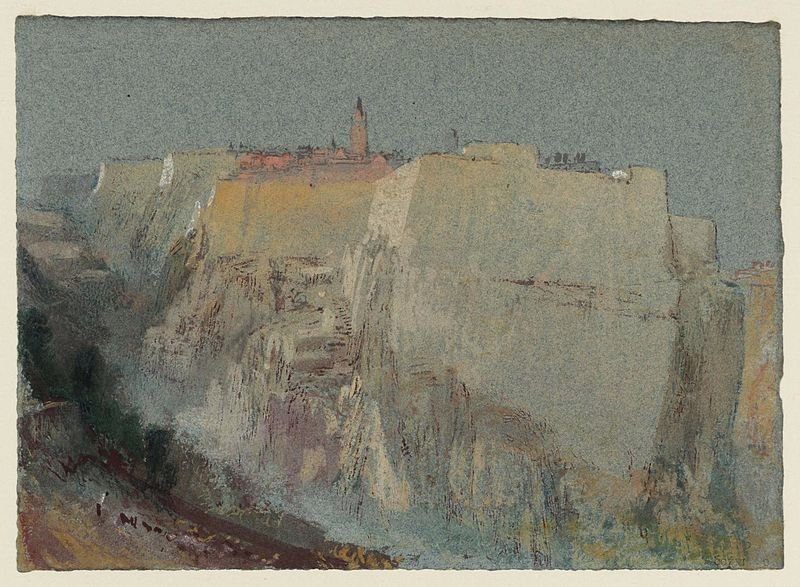 My first #LuxUKLinks column for RTL Today focussed on the 19th Century but there are three other links from that period that I particularly enjoy. The first is that Britain’s most famous artist, J.M.W.Turner twice visited Luxembourg, in 1824 and 1839, completing a number of pencil drawings of the town, some of which he later developed into watercolours on his return to London. Two of his watercolours - Vue de Luxembourg depuis Fetschenhof
and Vue de Luxembourg: la ville depuis la côte d’Eich are in Luxembourg’s
Musée national d’histoire et d’art.  Many others can be found at the Tate Gallery in London.

The second is that it was a British company, Waring Brothers, that built the Passerelle (al Brëck) as well as the railway viaducts at Clausen and Pulvermuhl between 1859 and 1861. Waring brothers also built St .Pancras Station, since 2007, the terminal for Eurostar services to continental Europe. 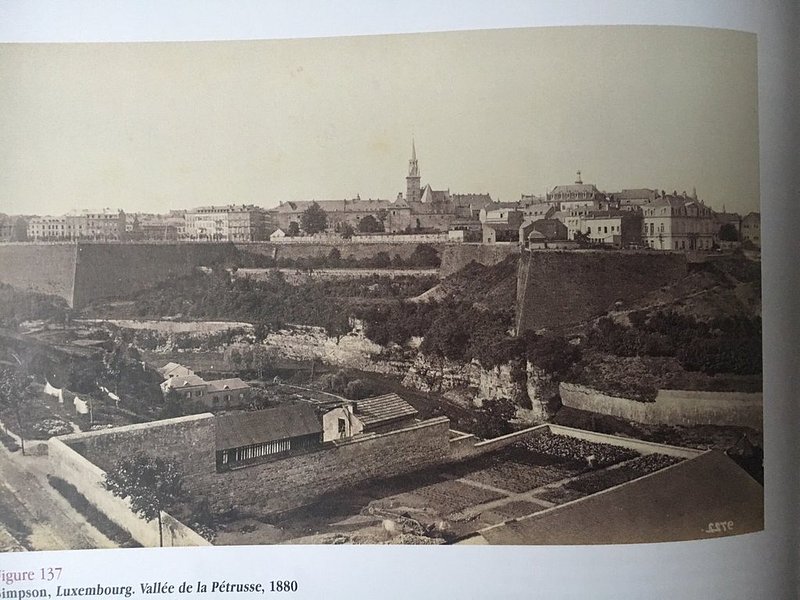 And the final link from the 19th Century is that the first photographs of Luxembourg to be widely distributed were taken in 1880 by an English photographer called Simpson. He worked for Francis Frith the world’s first specialist photographic publisher.

Also from the 19th Century, but this time a Luxembourg link in the UK, is that one of the most luxurious hotels in the seaside town of Folkestone at the end of the 19th Century was the Wampach Family Hotel established by Diekirch-born Charles Constant Wampach who moved from Luxembourg to England in 1875. 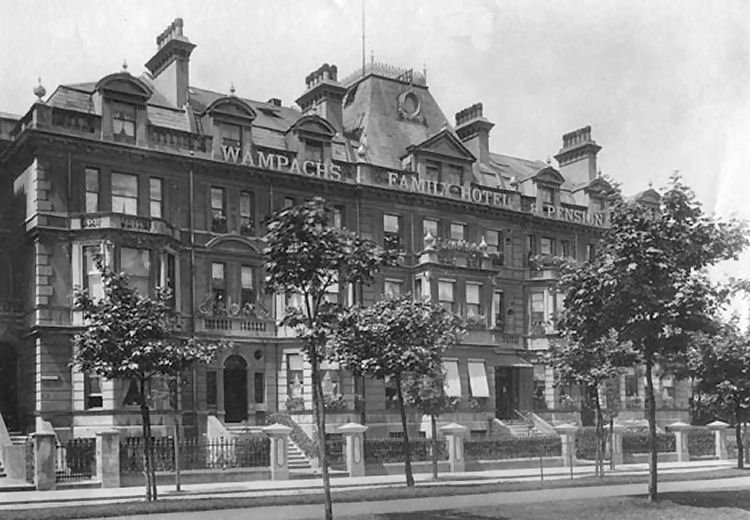 From the Second World War one of my favourite #LuxUKLinks is that it was young Luxembourgers who identified the top-secret Nazi Army Research Centre at Pennemünde as a development and testing site for Germany’s V-1 and V-2 flying bomb and long-range rocket programmes.  From October 1942 until the end of December 1942, about 236 young Luxembourg school leavers were enrolled by force in the Reicharbeitsdienst ("Reich Labour Service") in Pennemünde on the Baltic coast.   Based on information and a sketch provided by some of the young Luxembourgers on 18 August 1943 British heavily bombed Peenemünde causing considerable damage and delaying the deployment of V2 rockets on the United Kingdom by nearly two months.

In addition to the Passerelle and viaducts other British contributions to the Luxembourg cityscape include the oldest part of the European Investment Bank designed by the Brutalist British architect Sir Denys Ladsun (best known perhaps for the Royal National Theatre on London’s South Bank) and the Royal Hamilius, due to open later this year, which is designed by the British architectural company Foster and Partners. Walking in the City”, the public artwork outside Arendt and Medernach in Kirchberg, is by British artist Julian Opie. And how many of you know the Henry Moore sculpture “Mother and Child” in the Place des Martyrs (probably hidden by tramworks at the moment)?

So there I will end this mini-series. I hope you have enjoyed it. Fascinating links from the past have developed into strong links in the present and supported by our shared values, our common interests and the close people-to-people connections I have every confidence that many new and exciting #LuxUKLinks will be forged in the future.

If you have any of your own UK-Luxembourg Links do let me know: enquirieslux@fco.gov.uk