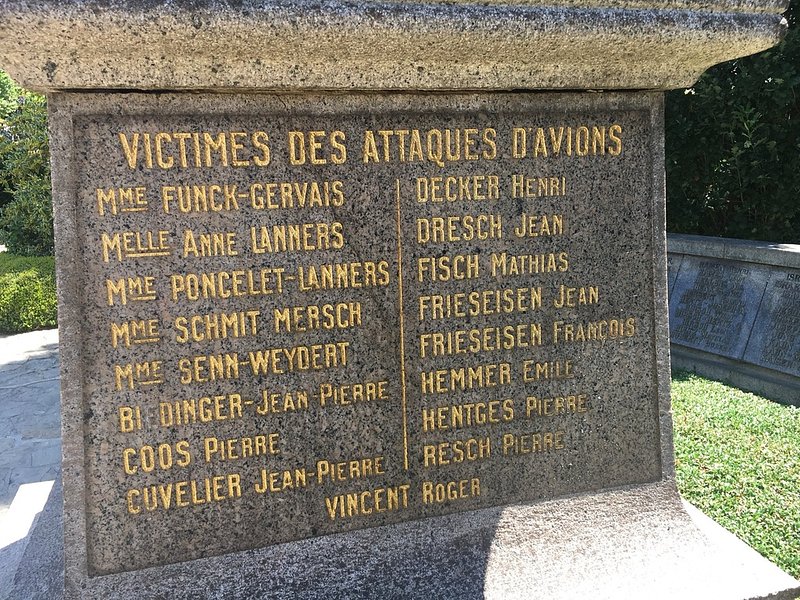 On 8 July last year the Embassy organised a small ceremony, led by Reverend Geoff Read of the Anglican Church of Luxembourg, next to an easily overlooked monument on the Rue de Clausen in Neudorf, outside the Bicker Stuff restaurant. The monument is in memory of ten Luxembourg civilians who died on the night of 8 July 1918 in Allied bombings. The bombings that night, targeting Luxembourg’s train station, were carried out by the Royal Air Force, though the monument contains no attribution. We organised the ceremony, and laid floral wreaths, to mark the centenary of this tragic incident. 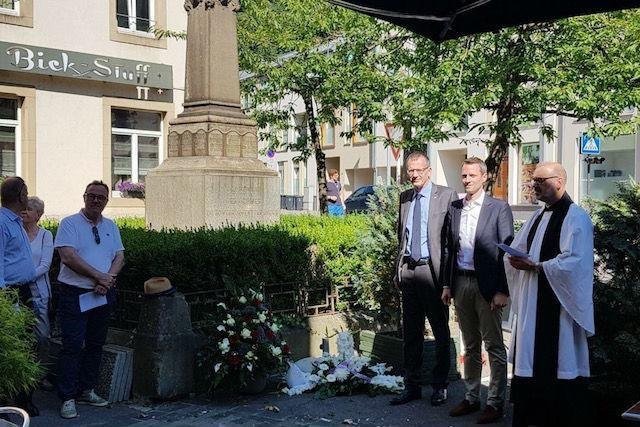 While the Second World War links between the UK and Luxembourg are better known, there are also several links from the First World War. Because Luxembourg was under German occupation it was bombed on a number of occasions by Allied planes. In fact my research suggests that Luxembourg station was the very first industrial target bombed by the Royal Air Force, which was formed on 1 April 1918 from a merger of the Royal Flying Corps and the Royal Naval Air Service. Although in the first few days of its existence the RAF dropped bombs on advancing German troops on the Western Front its bombing of the marshalling yards at Luxembourg station on 5 April was, it appears,  its first attack on an industrial target.

Luxembourg station was targeted on a number of occasions over the following months by the RAF’s 55th Squadron, which was based first at Tantonville, later at Azelot, both south of Nancy. In all cases Luxembourg was a secondary target, the original targets – e.g German Headquarters at Spa in Belgium or the explosives factories at Duren – being abandoned because of strong headwinds, heavy cloud or other reasons. There is another monument in Bonnevoie cemetery, which remembers those who died in Allied bombings (by French as well as British planes) on Luxembourg station in March and April 1918. The blast furnaces at Esch (4/5 September 1918) and the railways at Bettembourg (25 August 1918) were other industrial sites in Luxembourg targeted as the First World War drew to its close. 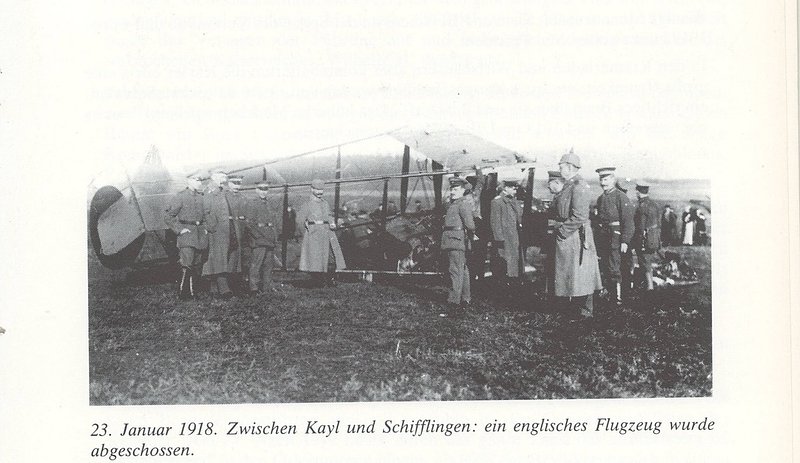 A few months before the creation of the Royal Air Force, a British warplane was shot down between Schifflange and Kayl. There is even a photo of it.

From the beginning of 1918, the British knew far more about German troops passing through Luxembourg station thanks to the efforts of Mme Lise Rischard, a Luxembourg resident and British spy. Mme Rischard arranged for coded messages on German troop movements to be hidden in articles in a local Diekirch newspaper “Der Landwirt”, copies of which were smuggled via Switzerland to British Intelligence in Paris. 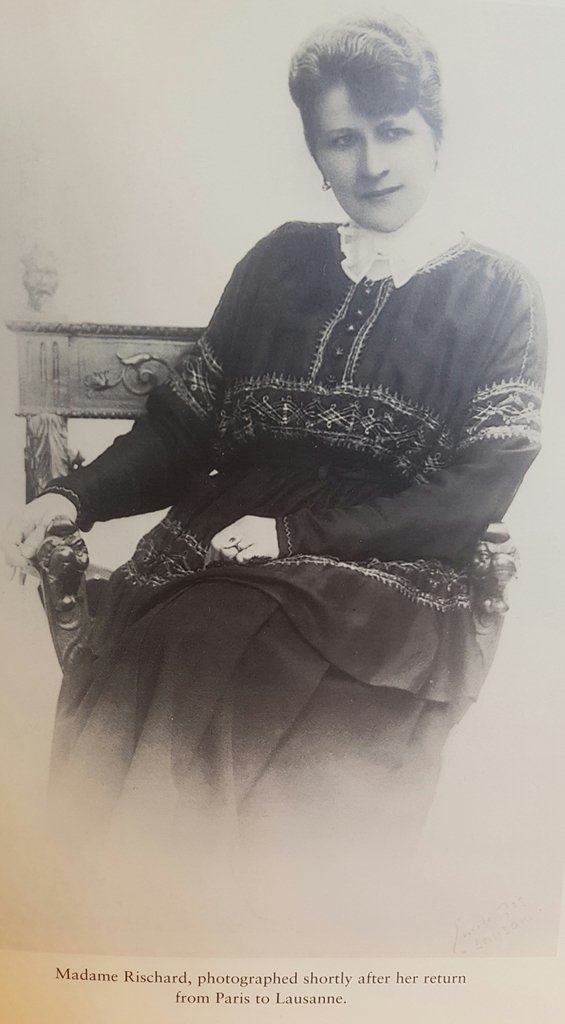 The story of Mme Rischard is told by Janet Morgan in her book The Secrets of Rue St. Roch. She also recounts how the British arranged for Captain Baschwitz Meau, a Belgian national working for British intelligence, to be inserted into Luxembourg covertly by hydrogen balloon.  Captain Meau took off in the balloon from near Verdun on 19 June 1918 at 01.50hrs, crossed enemy lines and landed undetected at Grousbous at 03.55hrs.  He made his way to Mersch and from there by train to Luxembourg City, proceeding directly to the house of Mme Rischard at 20 Boulevard Royal. 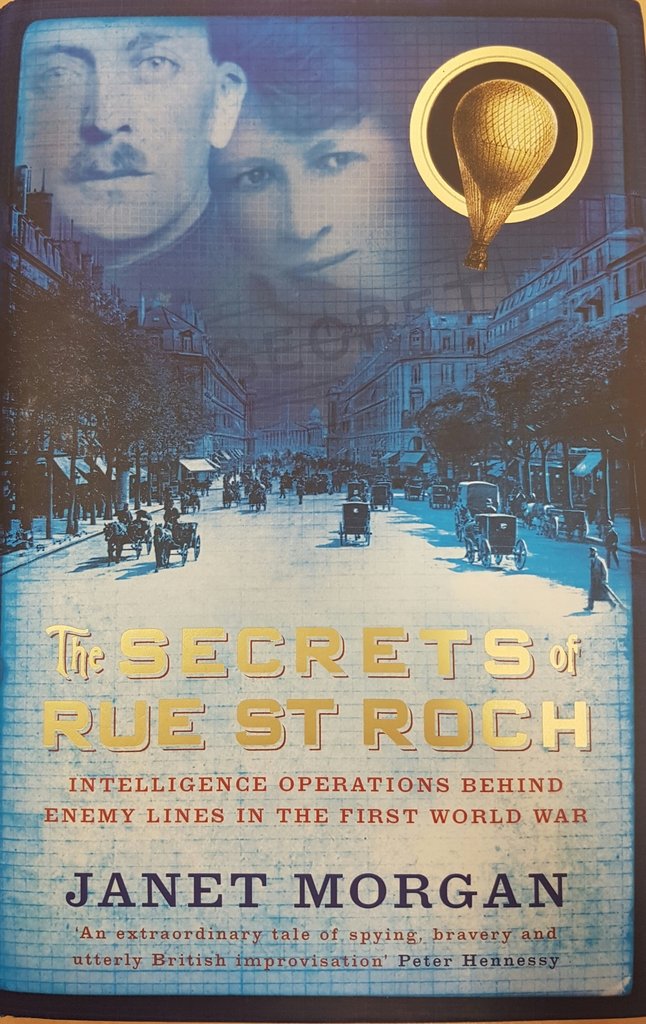 The best-known Monument in Luxembourg from the First World War is of course the Gelle Fra, which was built to honour the 3000 or so Luxembourgers who volunteered for service in the armed forces of the Allied powers against Germany. Almost all of these fought in the French Army. However, a few were enrolled in the British army including Mathias Arendt of Walferdange who served in the Royal Fusiliers (City of London Regiment). He died on 26 October 1918 and is buried in Italy at the Montecchio Precalcino Communal Cemetery Extension. 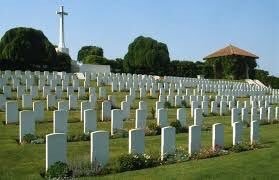