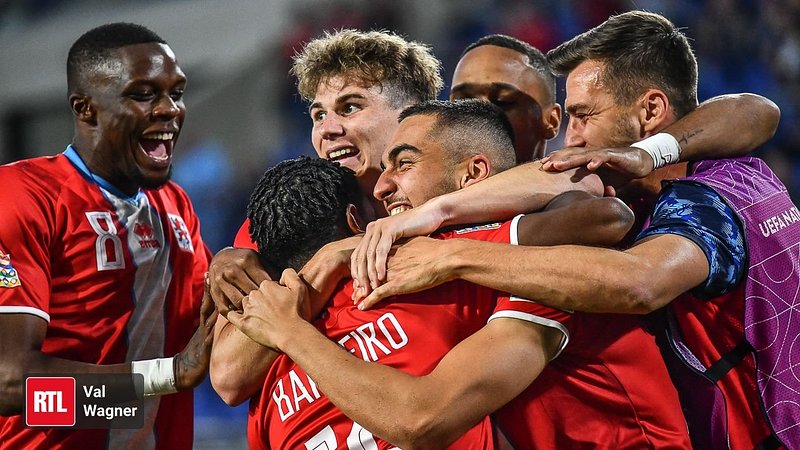 Although the Luxembourgish national football team will only get to play friendly games during the upcoming international break having missed out on World Cup qualification, the two fixtures do offer plenty of reason for excitement – and for me, it's a special occasion.

As a Hungarian, I am sure I can call myself part of a very narrow and exclusive group of people who watch both Hungary’s and Luxembourg's games without missing. I already have some ideas about what to expect on Thursday, having been a close follower of both countries' football for several years now. In the following paragraphs, I will try my best to offer some insight into the Hungarian camp, the squad, the tactics, expectations and Luxembourg's chances in the game, of course.

Hungary can have a few debutants who have been on the fringes of the team looking in for the past few months, and manager Marco Rossi himself has already spoken about his desire to try something new tactically and personnel-wise (more about it later).

Marco Rossi took over Hungary in 2018 and has tried numerous different formations over his reign, but he seems to have found the most successful one. In the first two years of his tenure, Hungary played a 4-2-3-1 during a full Nations League campaign, and a European Championship qualifier session, but after a crucial loss to Wales in 2020, he switched to three at the back, which has worked wonders both at Euro 2020 and across various divisions of the Nations League, as Hungary kept thriving in each of them en route to reaching Division A.

The 3-4-2-1’s main attacking threat was provided by Dominik Szoboszlai and Roland Sallai, who played the agile attacking midfielder roles, mostly running in behind the defence in the space vacated by the striker. The long-standing No.9 of the team, Ádám Szalai, retired from international football earlier this year though, which leaves the manager with plenty of questions about the team’s future and a big tactical dilemma, as Szalai’s smart target man style is hardly replicable by anyone on the current roster.

When asked about potential solutions, Rossi told Hungarian media outlet Nemzeti Sport: "Martin Ádám could potentially replace Szalai, as they are both physically strong and high-quality finishers". That being said, I watched several of Ádám’s games in South Korea, and he can help the team significantly better when coming off the bench, just like what he’s been doing in the national team lately.

“Another option is to use a false nine. Roland Sallai has already proven his ability in this role against England, but we also have András Németh, whom we might explore, too.”

In the same interview, Rossi also mentioned his expectations about the opponents he and his team are going to face next week. He said he thinks the Luxembourgish team will come up with a "courageous and initiative mentality" and that his team will probably have to control possession more than they are used to.

Overall, Hungary's biggest strength is their counter-attacking skills built on an organised defensive structure. This means the country keeps punching above its weight when facing more dominant teams, in games where they can thrive in the underdog's role and play in a reactive style.

The general consensus among the wider public and experts too is that although the team has proven successful in grinding out narrow wins against high-reputation opponents many times, they might lack the necessary flair and vision to come up with plans against a deeper-set defence.

Hungary themselves use a mid-block without the ball, with a moderate pressing intensity. After winning the ball, they often rely on impressive wing-back performances and imaginative combination play between the attacking midfielders covering the half-spaces and their support on the wings.

With Rossi at the helm, the national team's results have been ever-improving. In the Nations League, the country's record stands at two promotions in two years, followed by a relatively easy survival in their first Division A season in a true group of death containing Italy, Germany and England. From the first game of the group stage, Hungary was involved in the battle for first place instead of the relegation dogfight, and eventually lost the first place to Italy in the last game of the group by an unlucky loss.

After losing to Wales and missing out on the qualification places for Euro 2020, Hungary still managed to qualify for the play-offs via their NL achievements. They qualified successfully, but the draw wasn't supportive of their fairy-tale journey, giving them France, Portugal, and – once again – Germany as group opponents. Hungary stood their ground, but a late collapse against Portugal and a dramatic equaliser from Germany prevented them from proceeding from the group, getting a still respectable 2 points across the 3 games.

Manager Luc Holtz struck quite a few surprises with his team selection this time, as several promising youngsters were handed their first senior caps. At the press conference following the announcement, Holtz expressed his inclination to give as many youngsters a chance as possible, but getting used to the national team camp environment is important and very useful on its own.

Mathias Olesen is in the recovery phase of his injury, and Köln's medical staff only allows him to play a maximum of 60 minutes at each game.

Dirk Carlson and Sofiane Ikene are carrying minor injuries. Carlson's role in the next two games is still in doubt, but Ikene's rehabilitation process has been going well and he will reportedly be fit enough to play.

The two countries have faced each other 11 times so far in history, and Hungary came out winners in 10 of those games. The latest one, however, was won by Luxembourg in 2017, courtesy of goals from Aurélien Joachim and now-injured Marvin Martins. Of the players playing in that game, 5 players are part of the Luxembourgish squad at the moment (Moris, Rodrigues, Carlson, Danel Sinani and Vincent Thill).

Luc Holtz shared his thoughts on the two upcoming opponents' current strength and about whether he has any tactical changes planned. According to him, the Red Lions will try two different formations in the two games, to experiment with something new and explore further tactical options.

About Hungary, Holtz was perhaps surprisingly flattering with his words, calling the country "one of the world’s best international teams, both tactically and physically". He also raised awareness to "prepare appropriately, mentally and physically", in order to combat the Hungarians' strong transitioning with the ball and to be able to play through the solid defensive block.

Luxembourg will play Bulgaria after the upcoming friendly, in what will be another attempt to give opportunities to promising youngsters who were part of the successful U17 and U19 age groups in recent months and years.

Bulgaria seems to play with "a bit less intensity", in Holtz's words, but he pointed out Bulgaria's strength in fast and capable defenders in his interview after the FLF announcement.