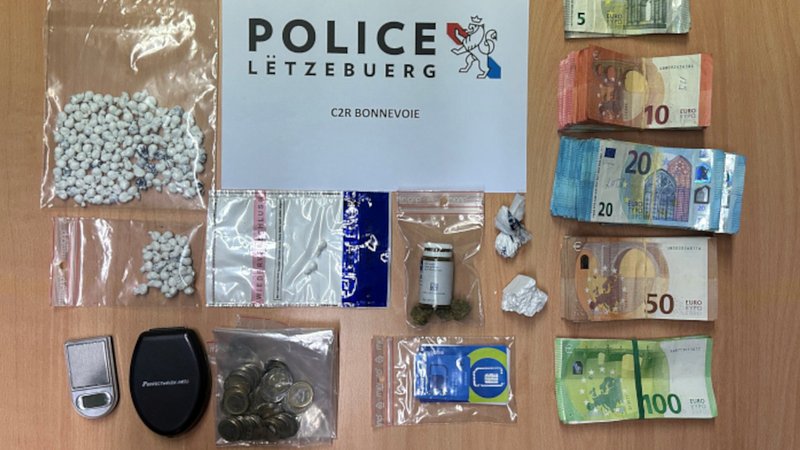 On Tuesday morning, the Luxembourg City police conducted a large-scale anti-drug operation in the Gare neighbourhood.

Officers were able to catch a dealer red-handed on Route de Thionville. The buyer was searched immediately after the deal. He was found to be in the possession of 1.6 gram of marijuana and 1 gram of cocaine. He was fined.

The alleged seller was arrested a few moments later with no less than 116 cocaine pellets. While searching his home, the police seized €11,000 in cash, 32.6 grams of cocaine, a small quantity of cannabis, and various drug paraphernalia.

The man was presented to an examining magistrate on Wednesday morning.