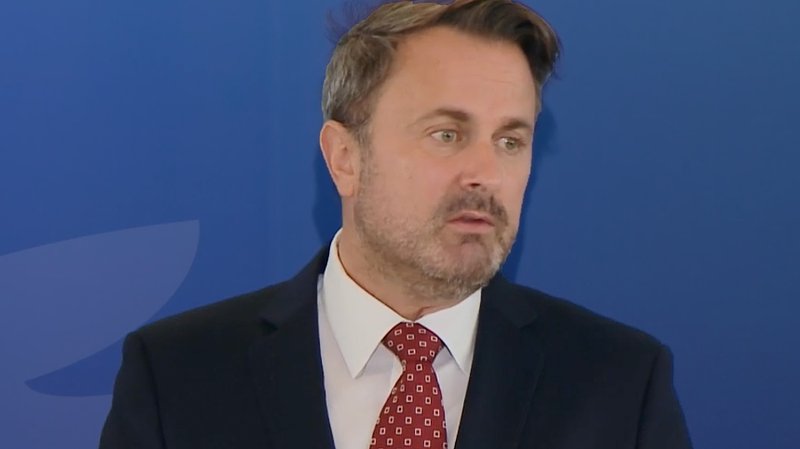 The OECD has presented a first-of-its-kind report of Luxembourg’s management of COVID-19 that praises Luxembourg’s fast response, trust in institutions and the country’s healthy finances.

The Secretary-General of the OECD Mathias Cormann, Prime Minister Xavier Bettel and Minister for Health Paulette Lenert spoke ahead of the report's presentation during a press conference this morning at 9 am.

The assessment, requested by the Luxembourgish government, the first OECD country to ask for one, provides insights into Luxembourg's approach to risk anticipation and crisis management.

It also includes assessment and analysis of its public health policies, education policies, economic and fiscal policies, and social policies as well as, crucially, perspectives for the future in each of these policy areas.

Mathias Cormann said Luxembourg acted faster than its European neighbours during the early propagation of the virus and praised the communication between the various ministries of Luxembourg.

“The Chamber [of Deputies] acted fast to pass laws and protect lives” said the Secretary-General.

He noted that Luxembourg entered the crisis in a strong financial position, which gave the country an advantage in dealing with the pandemic and protecting lives “The actions the government took reduced the number of cases by up to 40%” he said.

Luxembourg is one of the countries in the OECD that had fewer school closures, added Mathias Cormann:, “48 days for primary schools and 34 days for secondary schools… thanks to this there was no observed negative impact to the learning of school children”

However students that were already “less performing” did worse, data showed.

The Secretary-General also praised the population for following rules and for the confidence they showed in government to tackle the crisis.

Faults in the Health Sector and Government’s Response

Mathias Cormann said the report showed faults in Luxembourg’s health sector, such as the “reliance on foreign workers…and an IT system that was not adequate at the beginning of the pandemic”.

Luxembourg must adapt its health system after the crisis, said the Secretary-General, to respond to “the long-term needs of the country and the long term effects of the crisis”.

He pointed to data showing that 1 in 3 residents reported a mental deterioration during the pandemic. The report aims to encourage prevention, he said.

Freelance employees and independent, self-employed workers were heavily impacted during the Covid19 pandemic, as well as workers in short-term contracts and part-time work.

“They were excluded from mechanisms put in place, with less sick leave available to them” for example said one of the experts presenting the OECD report. “Mechanisms did not apply ‘so much’ to this category of workers”, they said.

Self-Reflection for the Government

Xavier Bettel, whose government asked for the report, also praised the Chamber of Deputies for acting exceptionally well, and for cooperating with his government during the crisis.

He said the report provides an “outsider's perspective” in order to “tell us what we did well and we can improve” to avoid a “political crisis” and to avoid “political politics” of finger pointing and accusations of “we did a bad job or we did a good job”. “We wanted an international, impartial report” said the PM, who called on an “international institution, with more resources and more data”.

The liberal Prime Minister admitted it was difficult for him and his government to restrict civil liberties during the crisis, and promised that it is absolutely not his intention for this kind of situation to be the norm.

Bettel also made multiple references to Monday’s Constitutional Court’s decision that judged that national Covid laws did not infringe on the country's constitution. “Our measures were not against the constitution and the OECD report doesn’t say our measures were bad either”.

“We still have Covid” he said. “In a discussion with the chief of the World Health Organisation yesterday, [I was reminded that] another variant could show up that is even more dangerous”. We must remain vigilant according to the PM.

He favours a debate in the Chamber to discuss the OECD report.

The Prime Minister admitted that young people suffered, in reference to the systems and mechanisms that allowed schools to keep operating “but education was important for us, we didn't want to deprive a whole generation from its education and a better future”.

Politics is here to give answers to people and very often (during the crisis) we didn't have them.

Learning from the Crisis, Preparing for the Next

Health Minister Paulette Lenert said “we hope that we are now managing the exit from this crisis, but we are also anticipating what may be coming, and what is coming [in the future]”.

“This report is important for us to look back and judge what we did, chronologically, looking back, without the pressures of that very moment” said Lenert.

The Health Minister pointed to the criticism of the government during the crisis, and also welcomed “an exercise that was useful” in making this report.

“We will know what’s at stake in the future, for the next crisis, and we will be prepared.” said Paulette Lenert.

The Prime Minister thanked the OECD for the report, and thanked all people working in the healthcare sector during this pandemic, and all those that worked with and for the government during this crisis.

The OECD stressed that the results for Luxembourg are “obviously influenced” by the size of the country, its small population and the good financial position that Luxembourg enjoys, as well as high confidence in its institutions.

The report praises the government of Xavier Bettel for activating its crisis unit “as soon as Covid19 appeared”, the “earliest day among OECD countries”.