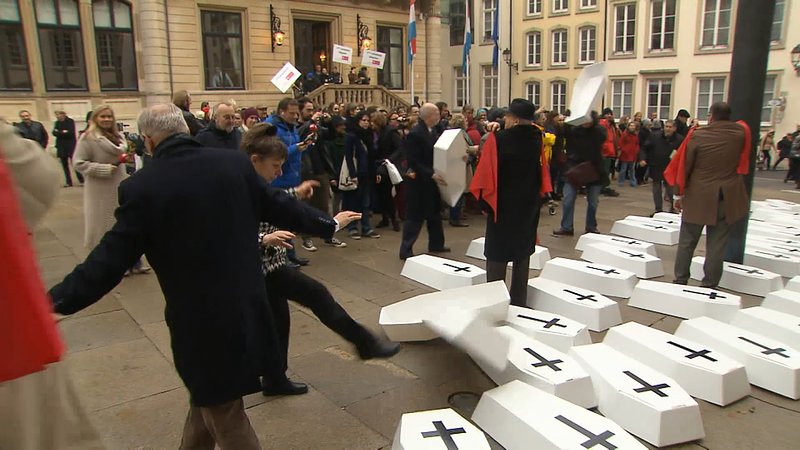 The US Supreme Court has done away with the right to abortion. In Luxembourg, this has only existed since 2014.

The first step towards legal abortion came in 1978, when it was allowed within very strict limitations, for instance in cases of rape or danger to mother and child. A reform in 2012 came to a compromise solution under a CSV-LSAP government, and finally in 2014, the current coalition allowed women to decide freely on abortion until 12 weeks of pregnancy.

Danielle Igniti, president of the Planning Familial at the time, remembers the long and tenuous fight that led to the decision. Much persuasive efforts were necessary from all parties, and there was a lot of opposition.

"The topic was and remains sensitive. And of course there was the ADR. I remember Fernand Kartheiser telling me in the Chamber of Deputies that I was killing babies. I was extremely shocked. I was almost lost my words, which is rare for me. Then the green MP, who has since sadly died, told Mr. Kartheiser to leave the room. He sent him home!"

The US have turned back the time. The current Planning Familial under Ainhoa Achutegui has publicly expressed concern about the right, even in our country. Danielle Igniti is more cautious:

"It is always tricky when you put something up for debate. It is a risk. On the other hand, I do think it wouldn't be a bad thing if this were enshrined in the constitution. You have to evaluate. We had a referendum once that turned out very bad. I am a bit wary. It is not that clear-cut."

Even if it were in the constitution, there is no guarantee, she says. The exact terms are set out by law.