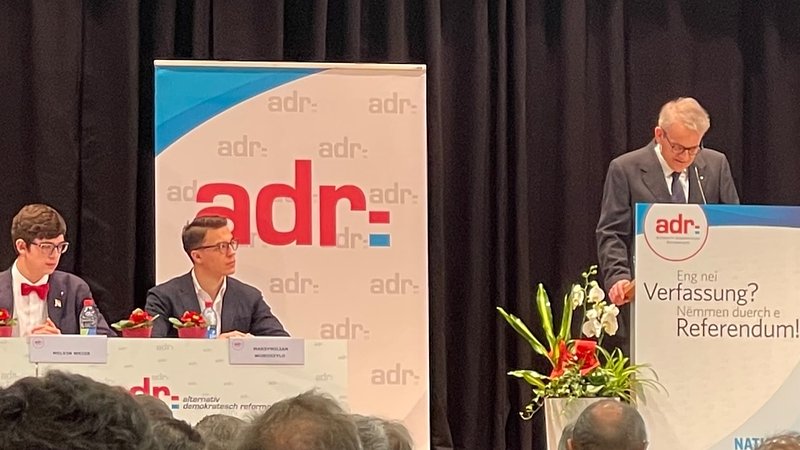 Jean Schoos said he would relinquish the position after a nine-year presidency to make way for a younger generation.

The party's national congress in Roeser confirmed Fred Keup as Schoos' successor on Sunday morning. The MP from the south is the sole candidate, while Alex Penning is the only candidate for the post of Secretary-General.

The ADR, which counts around 1,500 members, has gained a lot of ground in recent months, polling better than ever.

Jean Schoos was named president of the ADR party in 2012 following a leadership dispute. At the time, MP Jacques-Yves Henckes withdrew from the party because he did not agree with then-president Fernand Kartheiser's strict conservative policies. Shortly afterwards, Kartheiser resigned as party president, while the vice-president and MP Jean Colombera left the party entirely.