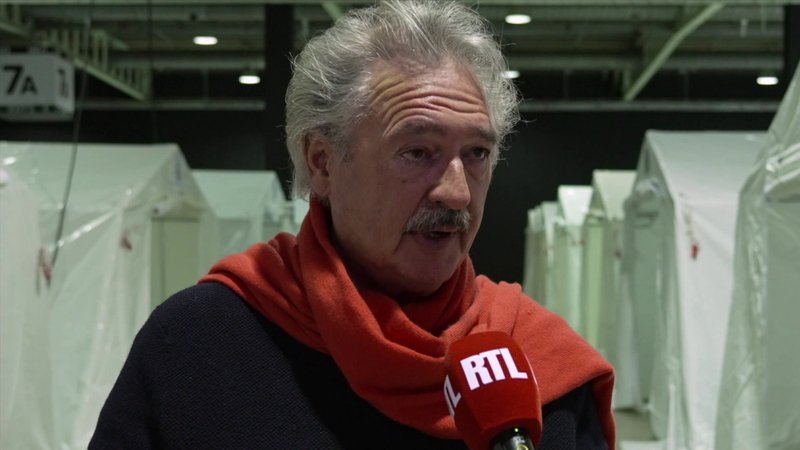 The Luxexpo centre in Kirchberg opened another hall on Saturday afternoon to accommodate a further 600 refugees until 11 April.

The National Reception Office (ONA) has opened hall 7 at the Luxexpo as an additional centre for processing incoming refugees, alongside the existing SHUK structure.

The Luxexpo will offer an additional 600 beds, with space for 800 refugees in total from Ukraine. However, the accommodation will be temporary, lasting until 11 April when the hall will be re-deployed for other uses.

Luxembourg's foreign minister Jean Asselborn said the proximity of the two centres would facilitate the organisation of the reception process. However, he added that he was not sure whether it would be sufficient going forward.

At present the ministry is working on converting a warehouse belonging to the Rollinger company in Contern into further accommodation. Asselborn said he was not yet sure how many people would comfortably be accommodated due to security reasons, but initial plans envisaged around 500.

The exact number will be confirmed over the coming days, meaning the Contern centre could be a viable alternative for when the Luxexpo hall closes.

To date, Luxembourg has received over 4,000 asylum applications from Ukrainians. The government, Red Cross and Caritas have organised some 1,400 beds so far. Without the support of the ONA and the municipal councils this would not have been feasible, said Asselborn. But more support must come from elsewhere and this would become problematic very soon, added the minister:

Asselborn said the authorities were hoping to offer refugees the best possible accommodation, and that the SHUK and Luxexpo facilities, with 10 beds per tent in an enclosed hall, could not compare to a room in a private home. Hence the calls to slow down the process of bringing refugees into the country.

Alongside Kirchberg there are 17 other places across the country which act as a first point of call to accommodate refugees, including hotels and hostels. Although decentralising the process is helpful, there is still a lack of staff on the ground, which further complicates the situation, said Asselborn.

The facilities are in need of police, translators, administrators, doctors and psychological support. Around a third of the refugees who have arrived to date are children, so the authorities are seeking clubs and associations to organise activities for them.

Read also: Guide to schooling in Luxembourg for Ukrainian refugees

When asked if the Grand Duchy had set a limit on the number of people who could be accommodated, or if EU member states had come to an agreement, Asselborn said there were no real answers available at present.