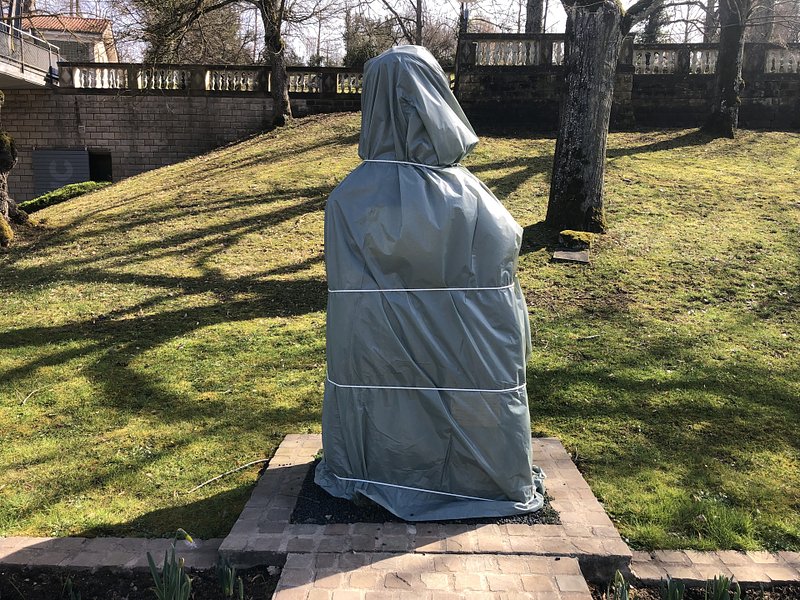 Since the Russian invasion of Ukraine, a bust of the cosmonaut and first man in space has been covered up in Mondorf-les-Bains.

Our colleagues from RTL contacted Steve Reckel, mayor of Mondorf-les-Bains, to enquire about the situation. Reckel explained that he was contacted by several people to remove the bust of the Russian space explorer after President Putin launched his attack on neighbouring Ukraine.

Two weeks ago, Reckel thus discussed the matter with the director of the local spa resort and they took the joint decision to cover up the bust. For one, they believed there to be "little use" in removing the memorial, for another they wanted to set an end to discussions and protect the bust from potential vandalism.

By now it has become clear that some people have no understanding for this decision, which they voiced in the comments of a social media post that shows the covered bust. Mayor Reckel responded by saying that he no longer knows what is "right or wrong". He noted that it is clear that the invasion cannot be supported, but that Yuri Gagarin is surely not to blame for it, nor is Russian art.

Mayor Reckel concluded by stressing that the memorial of the cosmonaut, which has been in Mondorf-les-Bains since 2018, will not be removed.