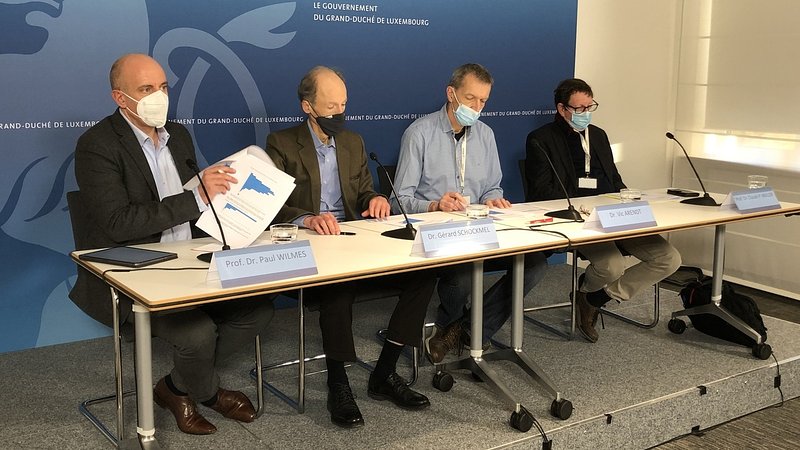 A panel made up of Luxembourg's medical and scientific experts addressed the press on Friday afternoon, expressing their support for a vaccine mandate for people aged 50 and over.

The panel agreed a vaccine mandate could be justified, as long as it was underpinned by science and used a targeted approach. This reflects the decision ruled by the European Court of Human Rights in April 2021.

With this in mind, the panel have advised the government to implement a vaccine mandate for the over-50s, as well as for staff within the healthcare sector who come into contact with vulnerable people. This would include staff in hospitals, retirement and care homes and GP surgeries, as well as carers visiting patients in their homes.

In Luxembourg, the risk of hospitalisation has proven to be higher among the over-50s, while younger patients take up around 20% of hospital care.  A vaccine mandate would push people who are still undecided to actually take up the offer to get vaccinated,  said Dr Wilmes. The goal of this recommendation is to reduce hospitalisations, in turn reducing the strain on the healthcare system.

Implementing such a mandate could see a slow return to normality, said the panel, while protecting the vulnerable. If the Chamber of Deputies voted in favour of the vaccine mandate, it would mean sub-contractors, such as staff in the cleaning sector, who also come into contact with patients, would be affected. The sectorial vaccine mandate would last until 30 June 2024 if implemented.
The experts warned that the virus would not disappear completely, particularly for a small country like Luxembourg, where it could be imported again and again. They recommended the under-50s continue to get vaccinated and boosted where possible and urged the population not to take the virus lightly.

According to the observations of hospital doctors, as of 8 January, 2022:

The next step in the process will be a consultation debate next Wednesday in Parliament. After that, it is up to the government to write a corresponding legal text on a partial vaccination mandate.