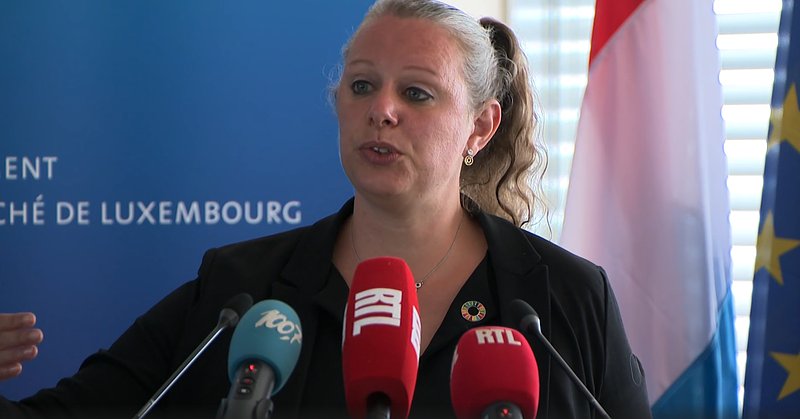 During an interview on RTL Radio on Friday morning, Minister for the Environment Carole Dieschbourg stated that while environmental protection must be one of the priorities, the government must find "the right balance" to raise awareness among all citizens.

For some people, the country is not doing enough, while others feel that the measures go too far. "We need to tackle climate protection together, in a societal unity," said the Green Party's Minister for the Environment. Later in the morning, 2,500 protesters marched through the capital on the initiative of 'Youth for Climate' to demand climate justice.

According to Dieschbourg, it is not just a matter of setting targets, and it is at least questionable whether they are "ambitious enough". Dieschbourg explained that her Ministry is continuing discussions with economic partners, but also with young people.

The Minister defended the government's climate policy by stressing that the 2020 climate and energy plan, the climate pact with the municipalities, and the various state subsidies are delivering "concrete results".

Luxembourg is not "a grain of rice"

While Prime Minister Xavier Bettel previously described Luxembourg as a "grain of rice" in the context of the climate crisis, the Minister for the Environment made a point of correcting him. In fact, Dieschbourg argued, the Grand Duchy is "one of the many players in our own right", and in the context of this crisis "everyone must do their homework", adding that Luxembourg is "part of the solution".

It is in this frame of mind that Carole Dieschbourg will travel to the 26th UN Climate Change Conference of the Parties (COP26) in Glasgow in November. Even if the ambitions of certain countries are not equal to the EU's objectives, the Minister believes that the fight must continue, explaining that if, for instance, Luxembourg were to start producing ecological batteries, it could create jobs in future technologies at home instead of "destroying" other countries.

When asked about the Superdreckskëscht affair, which involved an audit into the company after numerous press articles in February, Dieschbourg explained that the current contract with the company responsible for the collection and recycling of hazardous or problematic waste has been "adapted and improved" according to the results of the independent analysis.

However, some grey areas remained after the first audit, and opposition MPs were quick to demand a second audit, more focused on the problematic company structure. Meanwhile, the Minister reiterated that the first audit had not found any non-conformities.

Dieschbourg also explained that while this case, the Traversini affair, or the Moulin Dieschbourg controversy do affect her, she has nothing to reproach herself from a legal point of view. "As politicians, we must remain focused on the important tasks entrusted to us", the Minister concluded.