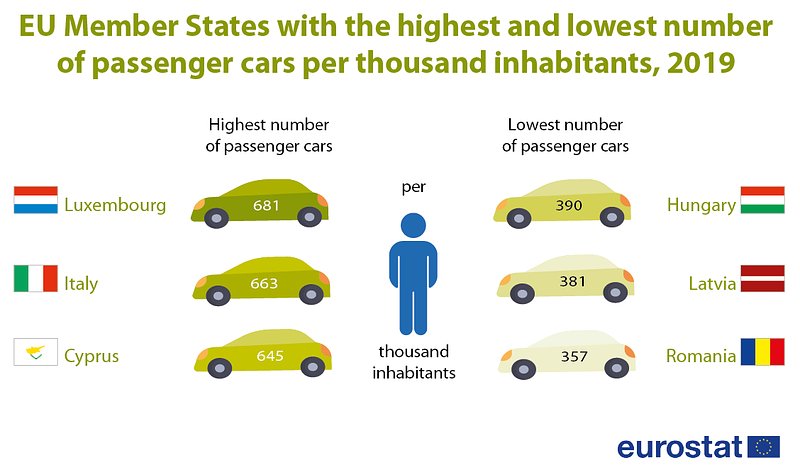 New data from Eurostat shows that Luxembourg has the highest number of cars per thousand habitants in the EU.

There are 681 passenger cars for every thousand residents in Luxembourg, placing the Grand Duchy top of the list ahead of Italy (663) and Cyprus (645).

On the other end of the scale, Romania has only 357 cars per thousand inhabitants, with Latvia (381) and Hungary (390) seeing similarly low levels.

Luxembourg's passenger fleet is also one of the youngest in the EU, with only Ireland (28.8%) having a higher percentage of cars younger than two years old than the Grand Duchy's 23.7%.

The news comes as Luxembourg has seen a cluster of fatalities in car accidents, with three deaths in the past five days.

The Grand Duchy also faces a race to meet its target of 49% of all cars being electric by 2030, with ACL director Jean-Claude Juchem on Thursday labelling the idea unrealistic.