Search
Paulette Lenert on work and future
"I regret that I will not have the time to do the things that are on the agenda for the role of the health minister…beside the pandemic."

"I regret that I will not have the time to do the things that are on the agenda for the role of the health minister…beside the pandemic."

Part one of this trio of interviews with Luxembourg's Health Minister looked at the Grand Duchy's current position. Part two zoned in on Paulette Lenert's personal experiences in dealing with Covid-19 and the final instalment addresses the mistakes of the past and the plans for the future.

Many a critical eye will be viewing the next few months with increased scrutiny. Laws are to be relayed and renewed in June and we are being lured in with a promise of returning to normal.

However, 'by the end of the year' is a phrase cropping more and more often, even as Summer is the carrot placed in front of the public.

Paulette Lenert here, then, discusses what might have been differently and what can be done in the near and far future.

It is painful to hear that people are saying we are ‘not well-prepared’ or are ‘too lazy’. That is simply not the case, people are exhausted following months of work

You have been positive about where Luxembourg now finds itself, but looking back over the previous 14 or so months, is there something that you can identify that perhaps you would have done differently?

So far, I am just focussed on going ahead, fixing the arrival line and staying focused on what to do now, rather thank looking backwards. There is something regarding the organisational part, for sure, that, if I would have known the crisis would last that long, I probably would have set up the team differently.

We were backed up by members from different ministries, and I was missing a little bit of stability. If I were doing it again, I would have put a more stable team in place from the beginning.

You, and the wider government have had to make some difficult decisions, some of those have been met with disapproval from the general public, have you been disappointed, at times, with the response?

I would not say disappointed. Reactions are laws adapted to the situation. When things seem to go right, it appears to go quicker. When things go bad, of course, everybody will say ‘I told you so’. That’s part of the game, during a pandemic.

Some criticisms such as ‘you have had nigh time to organise this and that’, yes, that is a little disappointing, as we are out of our normal routine and have had many people in burnout situations. People are giving their best and for sure things aren’t always turning out 100% as they should, but I know that everyone here is motivated and are doing their best.

It is painful to hear that people are saying we are ‘not well-prepared’ or are ‘too lazy’. That is simply not the case, people are exhausted following months of work.

Could that be, in part, related to the information relayed by the government, or how people inform themselves?

The public should be informed about how the virus is evolving in society because everyone can do something about it and have an impact on that. But I do not expect the public to be interested in all the details of all our work here. That is nothing very sexy…it’s administrative work, organisational work, it’s day to day business…it’s procurement.

I think it would be asking too much for the public to be made aware of all the work that goes in. It is important that there is an overview of the pandemic, so we can all realise and recognise that it is not over and that everyone is part of the game and can do their part in respecting restrictions and guidelines.

To think we had no hard discussions at all is an illusion, we were fortunate to have colleagues around that would challenge ideas as well

In regards to your career, are your plans to remain in the Ministry of Health or do you have further aspirations?

I really like what I do. At this point, I regret that I will not have the time to do the things that are on the agenda for the role of the health minister…beside the pandemic.

The pandemic was not foreseen in any agenda and is taking a lot of time and energy - more than one year, already - and will still take at least a few more months, if we are being optimistic, and we should be applying more time to the general health ministry’s round table.

I am nervous regarding the time left to devote to that. I am happy to stay health minister for a longer time, in order to have my work achieved. 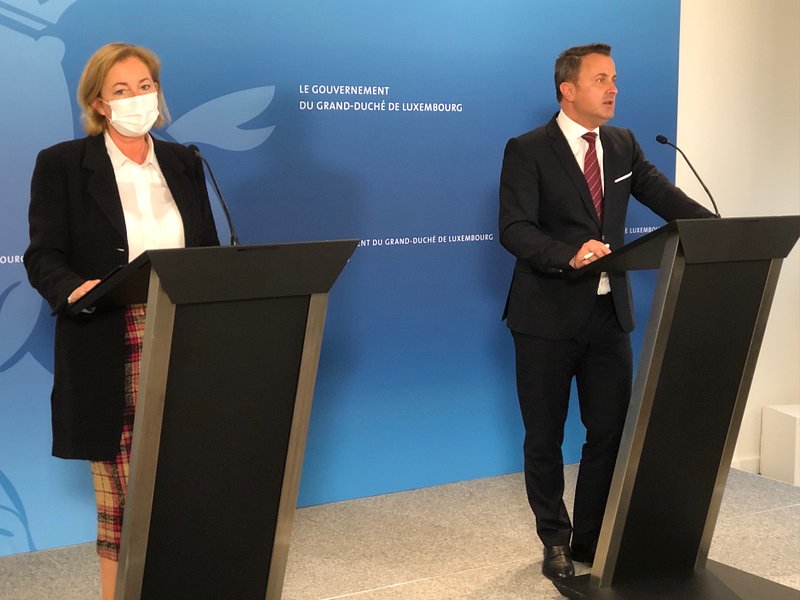 How heated did some of the government’s discussions get, you can not agree all the time?

We argued just as the public has. It is not a political subject. The decisions are not easy and there is not only one decision to consider. We argued about what would work and what would not but I must say, I am quite lucky that we had good cohesion in the government and I always felt supported.

To think we had no hard discussions at all is an illusion, we were fortunate to have colleagues around that would challenge ideas as well. We always ending up deciding by consensus to agree on next steps.

Is Luxembourg prepared for a fresh wave?

Certainly better than at the beginning when we were not aware something like this would happen. We have much more materials, PPE, now there are routines in contact tracing, testing, hospital structures - knowing how to treat these new patients.

Yes. Of course, this is something we are planning for. We do not yet know exactly when or at what time but this is certainly one of the hypotheses of the epidemiologists.

And the talks of a vaccine pass (now approved by the EU), how could this effect Luxembourg’s competitiveness?

We had been preparing this intensively, as it is supposed to be in place by the end of July at a European level but here in Luxembourg, we are expecting it to be in place when the new laws are passed, so by the middle of June.