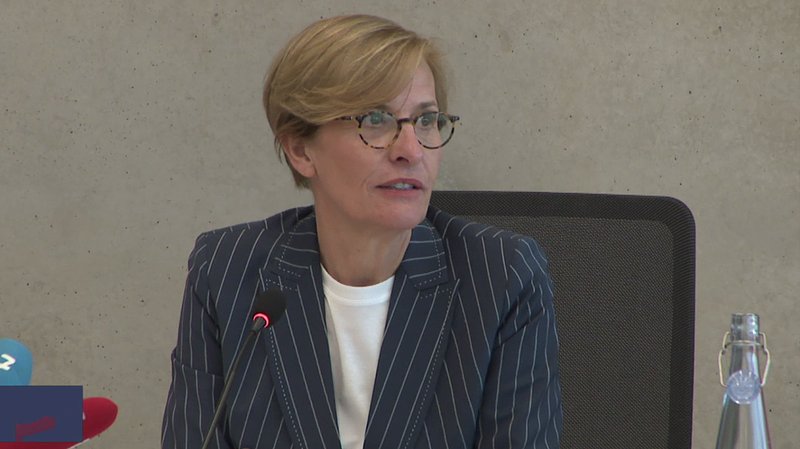 Minister for Mobility François Bausch defended the nomination of Christiane Wickler as Cargolux' new chair of the Board.

The Minister stated that Wickler's critical stance regarding the coronavirus crisis was irrelevant.

Bausch pointed out that Wickler was unanimously accepted by the Cargolux shareholders, including the Chinese HNCA, and defended the nomination of the businesswoman and former Green Party MP as the cargo airline's new chair. In an interview with RTL, Bausch stated that Wickler was chosen because she is a "dynamic businesswoman" possessing "vast experience in economic matters".

In the eyes of the Minister, it is also "not at all problematic" that Wickler is also the president of the online platform "Expressis Verbis", which has, among other things, published articles that question the handling of the coronavirus pandemic, the pandemic itself, and the media's reporting on the pandemic.

Bausch clarified that while he himself does not agree with the content published on the site, all of it is covered by free speech. In addition, the Minister continued, the articles published on "Expressis Verbis" have nothing to do with Wickler's new tasks as Cargolux chair. He stated that if every economic actor was asked for their opinions on the government's policies or the coronavirus pandemic, then this would yield a whole array of "very different opinions".

The Minister also rejected the criticism that Wickler's nomination was a political move to "place" her there. Bausch stated that former politicians must not be stigmatised and never be allowed to do anything else, pointing out that Wickler's predecessor, the late Paul Helminger, had also been a politician. Prior to the nomination of Chrisitane Wickler, it was actually MP Claude Wiseler from the Christian Social People's Party (CSV) who was being considered for the position. However, as Wiseler did not step down as an MP in the Chamber of Deputies, he was no longer an option.

Bausch also stressed that Wickler did not accept the position for the paycheck, as she will receive around €40,000 a year for being the chair of Cargolux' Board of Directors.