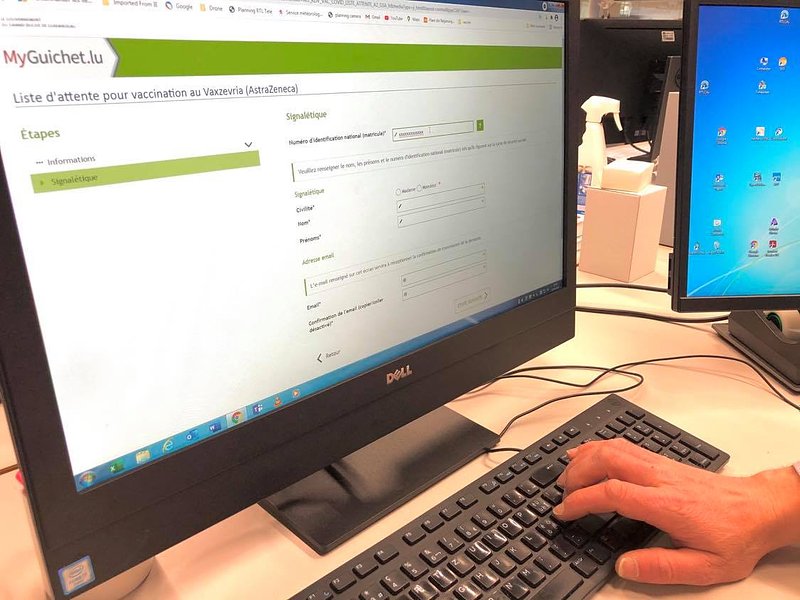 The website only went online at 6pm on Wednesday. 3,000 registrations were recorded between 8am and 12pm on Thursday alone.

People between the age of 30 and 54 are eligible to volunteer for a shot of AstraZeneca. During a press conference on Wednesday, PM Xavier Bettel announced that the new website would come online by the end of the day, and also provided further insight into the known side effects of the vaccine.

As the enthusiasm among people to volunteer for the jab was significant on Wednesday, the website quickly struggled to keep up with demand. The high number of participants also means that the sorting process will take several weeks or even months. As of Thursday afternoon at 12pm, 18,000 people had already volunteered for the AstraZeneca vaccine.

More than 100,000 unique visitors were recorded on the Guichet.lu portal. The page was viewed more than 480,000 times with a peak of 116,000 page views between 6-7pm. More than 25,000 parallel connections accessing the form at the same time were recorded shortly after 6pm.

"First come, first served" will be the motto of the volunteering process, PM Bettel further announced on Wednesday. It is also possible that volunteers may receive their regular invitation before being able to receive the AstraZeneca shot, which will all depend on deliveries and stocks. "No volunteer will be at a disadvantage", the DP politician finally underlined.

In case volunteers experience side effects, the government can still be held accountable. At the moment, around 81% of the AstraZeneca stock have been used.