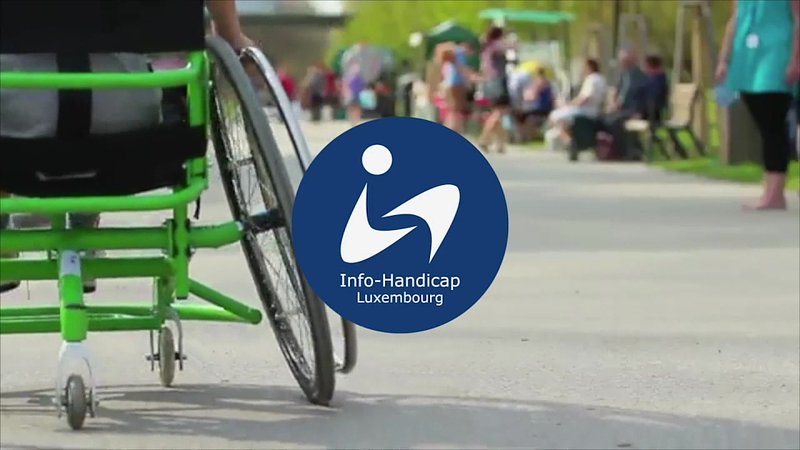 Last week the European Commission presented a strategy for the rights of persons with disabilities to ensure their full participation in society. Luxembourg, too, has some work to do in this area.

Roughly 15% of the population live with a disability, having to deal with limitations to their daily lives. To support the affected individuals, national governments and establish uniformity across the European continent, the Commission wants to further strengthen the rights of people living with disabilities in a paper that outlines a plan until 2030. This would also help Luxembourg catch up.

It would not just be words put on paper, but a real opportunity to also make new adjustments, with pressure from a supranational level imposed on a national one, according to Patrick de Rond, President of Info-Handicap.

"Such a document is always an opportunity for politicians to pursue goals in a particular area. Of course, this also has an impact on the Member States. In Luxembourg, too, we will see to it that this will impact people with disabilities."

Luxembourg does not do enough to promote the inclusion of children with mental disabilities in traditional schools, according to a European body that has condemned the Grand Duchy on this matter. A similar view is also shared by Info-Handicap.

"Not any type of special school. But a regular school. To be amongst friends, to live normally. To graduate and celebrate one's degree. And to enable human beings with a disability to go to university, to build a career, a professional life. To be in the public or private sector. Have opportunities to find a job and pursue a professional career there", says de Rond.

Inclusion and autonomy are key to equal opportunities, and that would begin with education.

Another item on the EU list is a "European Handicap Card", which has been tested over the last few years in several countries, including Belgium. Now by the end of 2023 such a card will be officially implemented across the Union.

"At a European level, people with disabilities who travel are experiencing over and over again that they do not have the same access everywhere", says de Rond. At the moment, for instance, a person with a disability from Luxembourg travelling through Spain might not be able to benefit from the same facilities or services as a local disabled person from that country.

According to a recent European study, 52% of people with disabilities feel discriminated against. Well over 28% of them are afraid of falling into poverty or social exclusion. A daily fear that should not exist, concludes Info-Handicap.