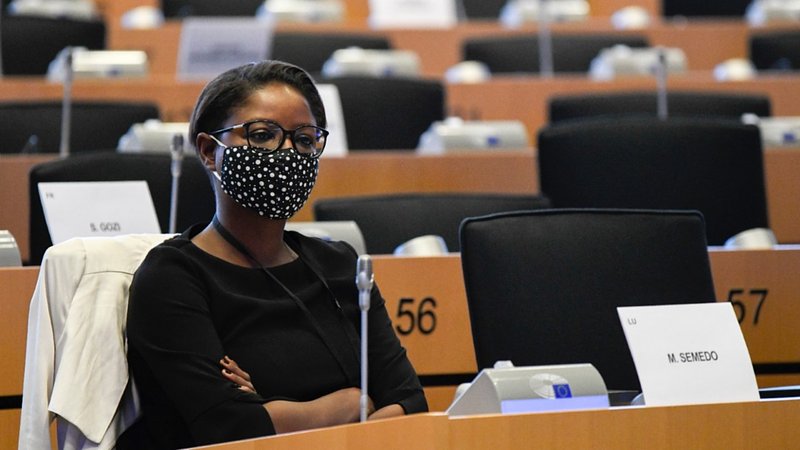 For the Democratic Party's Claude Lamberty, the case is now closed. However, according to the Socialist Women, the "apology" was not genuine.

Following MEP Monica Semedo's 15-day suspension from the European Parliament, the General Secretary of the Democratic Party (DP), Claude Lamberty, stated that it was "very important" for his party that Semedo has acknowledged her mistake and apologised.

On Monday, Semedo was suspended for 15 days for psychological harassment of her accredited assistants. During this period she will not receive her daily allowances. Lamberty had a brief telephone conversation with the MEP on Tuesday morning and she regretted her actions, according to the DP's General Secretary.

In a statement published on Monday evening, Semedo herself explained that her actions occurred "in a very stressful situation". From the beginning of her mandate she had had high expectations, both of herself and her team. Over time, a situation arose where there were "some tensions" between the team and the MEP, which unfortunately escalated to the point that the team resigned, according to the statement.

The press release also stresses that Semedo has been working "very well" with a new team for months. The statement concludes by explaining that the MEP's apology and her acceptance of the sanctions imposed on her by the President of the European Parliament had been "a very important point" and that with that, the case was closed.

Upon enquiry by RTL, the President of the DP, Corine Cahen, did not wish to comment on the sanctions against Semedo. The MEP herself also did not wish to express herself further following the publication of her statement.

The President of the Christian Social People's Party (CSV), Frank Engel, stated on Tuesday that he was appalled by Semedo's actions and that someone who "terrorises" their team should not hold any public office.

For the Socialist Women, Semedo's apology is not enough

The Socialist Women released a statement on Tuesday stressing that the incident and the MEP's reaction indicated that psychological harassment and its consequences for the victims are still not taken seriously.

What Semedo wrote on Monday evening could not be seen as an apology, but rather a justification which essentially blamed the victims of the situation. The MEP excused her own unacceptable behaviour by the fact that her assistants had not met her demands, the Socialist Women criticise.

For the MEP to simply speak of "tensions" would show that she does not understand her mistake and that she has not changed her attitude, the statement goes on to say. It would be important that the issue of psychological harassment be discussed publicly with all due seriousness.