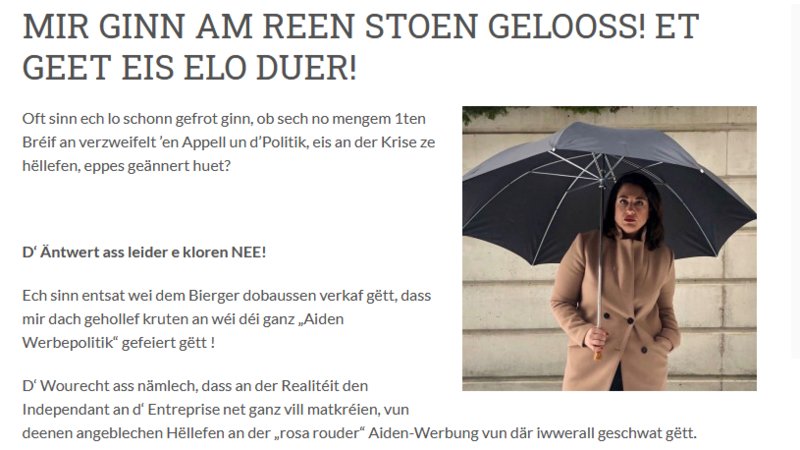 The president of the young artisan federation has described the existential threat of independent workers in an emotional letter.

Ballmann is furious that independent workers, showing immense solidarity, were the first to close their doors during lockdown but are not supported by the government to an extent that they should be.

As independents they have no right to partial unemployment or continued salaries. They feel left behind, she writes, and a first letter to the government has not changed a thing.

"Behind every business stands a person", Ballmann writes. "This business is their dream, their work, their family history and their entire pride! All of this we have had to leave behind, and it was horrible!"

She concludes with an emotional comment: "Be brave, they said. What they did NOT say is that it will cost you your life's work."