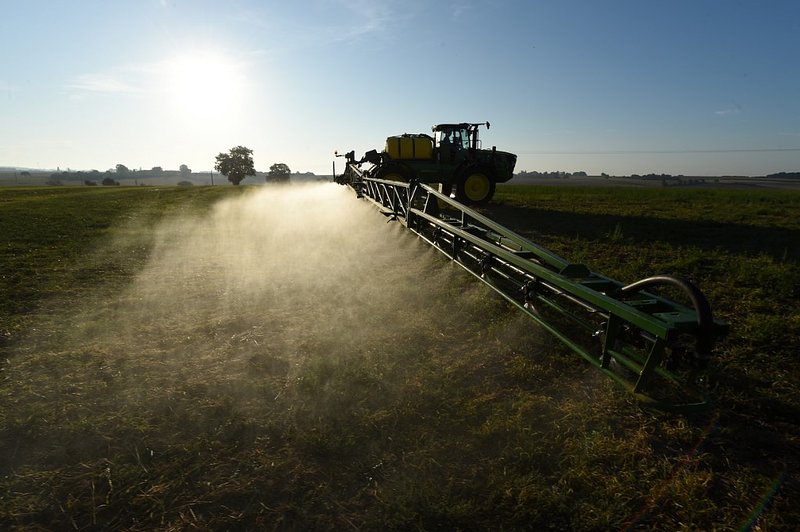 The Grand Duchy is the first country in Europe to have banned the use of the controversial herbicide, but farmers will have to learn to do without it.

Since 1 January 2021, Luxembourg is the only EU country to have banned glyphosate. All plant protection products based on this controversial molecule are now banned in the Grand Duchy, in accordance with the coalition agreement dating from 2018.

This is a decisive step towards a sustainable approach that meets the ambitions of modern and environmentally friendly use of pesticides, stated the Minister for Agriculture Romain Schneider. Numerous scientific articles have highlighted harmful effects on the environment, particularly on certain insects and indirectly on the birds that feed on them, as well as on the health of people exposed to spraying, especially farmers and the rural population.

The ban has been well received by public opinion, but it raises many questions among agriculturers, who fear a disruption of competition with neighbouring countries.

Josiane Willems, director of the 'Centrale paysanne luxembourgeoise', the country's main agricultural union, stresses the lack of alternatives to glyphosate. According to her, farmers will have to go back to mechanical weeding, which poses other problems.
There were some projects last year to come to an alternative, but they do not have the results yet. Even if it was not in favour of the ban, the union is not going to fight the decision.

This will obviously pose problems for farmers.

Valid and viable alternatives will have to be found, explains Josiane Willems. The union is going to ask for compensation for the additional costs of not using glyphosate, she adds. The withdrawal of glyphosate is indeed a challenge for the sector, and the remedy should not be worse than the disease, as glyphosate is used to prevent soil overturning, which is harmful to the climate.

Further ban on the rails

The CFL, who used glyphosate to weed the railway tracks, is also looking for solutions. Weeding is a safety imperative: vegetation could retain water and deform the rails. Alternatives such as treatment with hot water, high-voltage electricity or fire are being studied in neighbouring countries. But so far no really conclusive results have been obtained. In France, the SNCF spills between 35 and 38 tonnes of glyphosate a year, making it the biggest user in the country, with 0.4% of the total.

The railway group has been searching for alternatives to glyphosate since 2016, with the prospect of a ban on the product.  The head of vegetation control at SNCF Réseau, Jean-Pierre Pujols, announced that an alternative to the herbicide had been planned. He adds that the SNCF will start using this new mixture in 2021, and generalise it in 2022.

It is a product composed of more than 95% pelargonic acid, a biocontrol product (using natural products) and a synthetic molecule from the sulphonylurea family.

But on the Luxembourgish side the choice has not been made yet. The CFL simply stated in a press release that, in accordance with the law, they will no longer use the pesticide.

Luxembourg as a pioneer for the EU?

In any case, Luxembourg hopes to produce a significant leverage effect throughout the European Union. The licence to use glyphosate in the EU runs until 15 December 2022 and its future is under debate in many countries.

France had also planned to ban glyphosate in 2020, but to no avail. President Emmanuel Macron admitted that he had failed to keep his promise. He states that he had not changed his mind about this objective, but has not managed to achieve it, as it is a collective failure. In November 2017,  the head of state had announced his commitment to the ban on Twitter.

In January 2019 already, Emmanuel Macron had warned that France would not be able to do completely without glyphosate within three years. It simply would not be feasible and it would kill the agriculture.

Macron then added that the failure comes from a distortion in pace with other European countries. When fighting pesticides, it should be done on a European level, he believes. The battle cannot be won alone if others do not participate, he insisted.

In the meantime, Luxembourg is on its own.