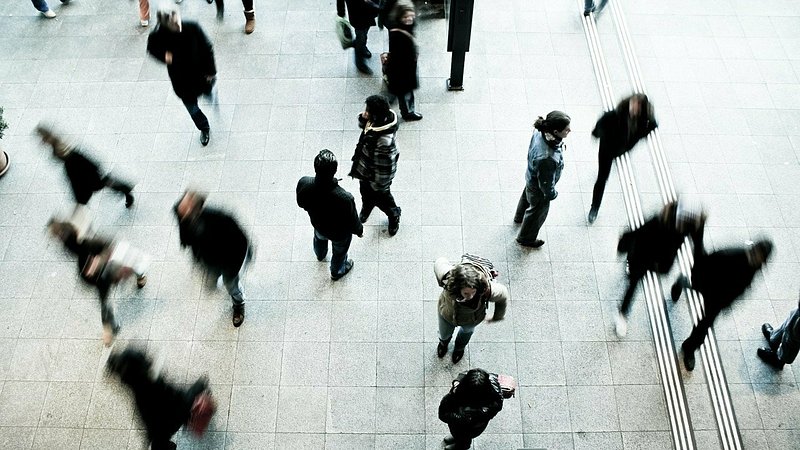 © Image by  Image by Free-Photos from Pixabay

According to EU regulations, a person who works in one country but lives in another (or returns at least once per week), is considered a cross-border employee.

Apart from Luxembourg, Switzerland, Germany, and the Netherlands also have elevated numbers of cross-border workers entering the country on a daily basis. 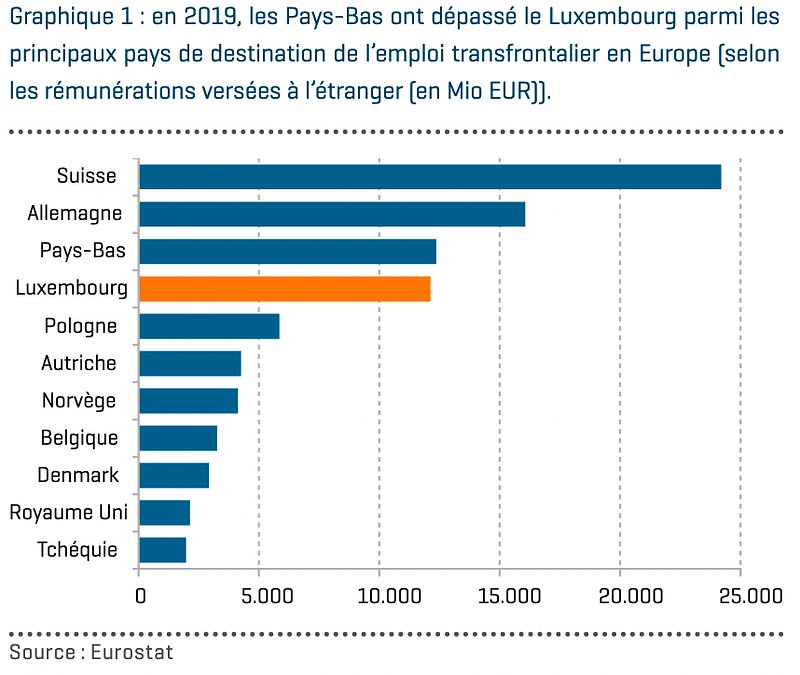 Within the EU, France has the greatest fraction of people not working inside their own country. Germany ranks second, Belgium third. Italy follows not too far behind. 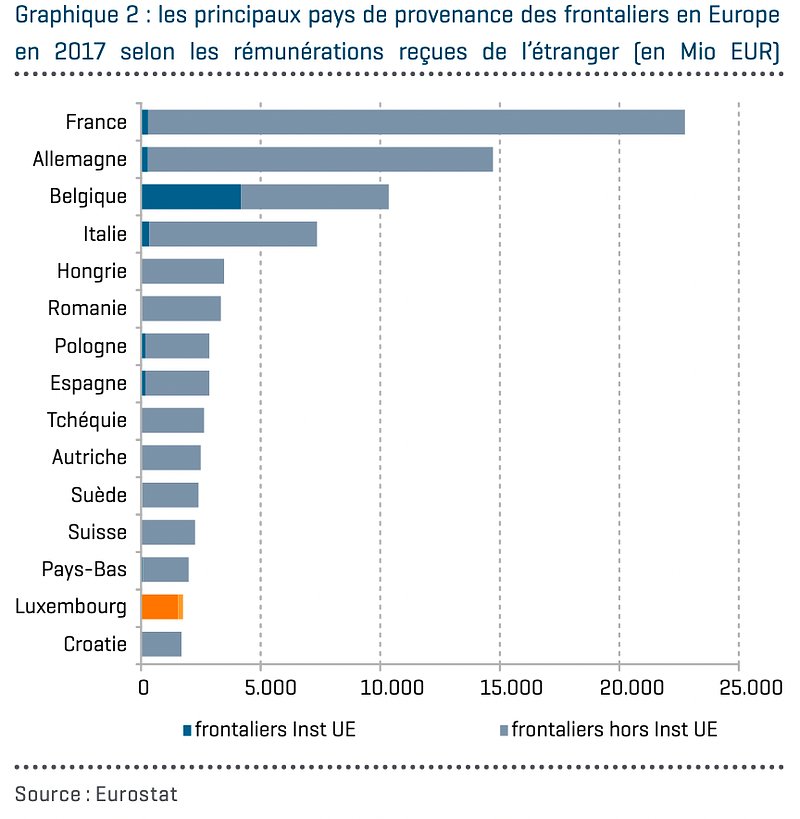 A little more than half of Luxembourg's cross-border workers come from France, a number that remained stable at 52% between 2005 and 2019. Germany registered a 2% increase over that same period, Belgium a 3% decrease. 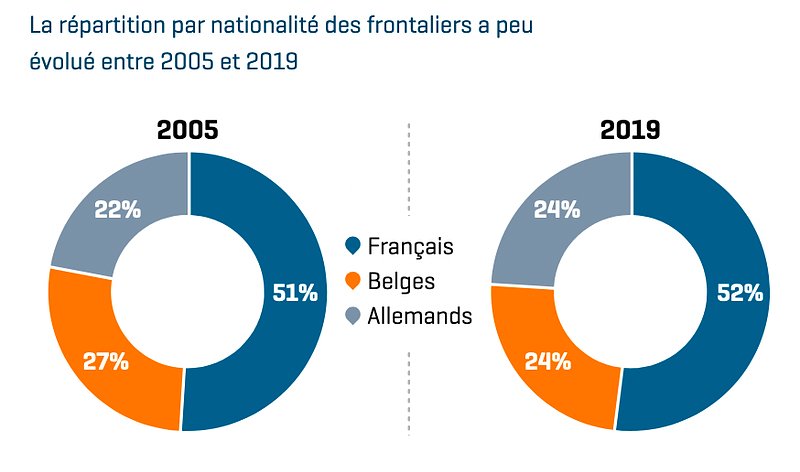 All three of our neighbouring countries combined, 200,721 people commute to Luxembourg in total.

On average, French cross-border employees earn €10,400 less than those from Belgium, which also puts them €8,700 behind the annual average of German workers.

The difference can be explained through the industries in which people are employed. A large portion of French people work in the Horesca sector or in retail.