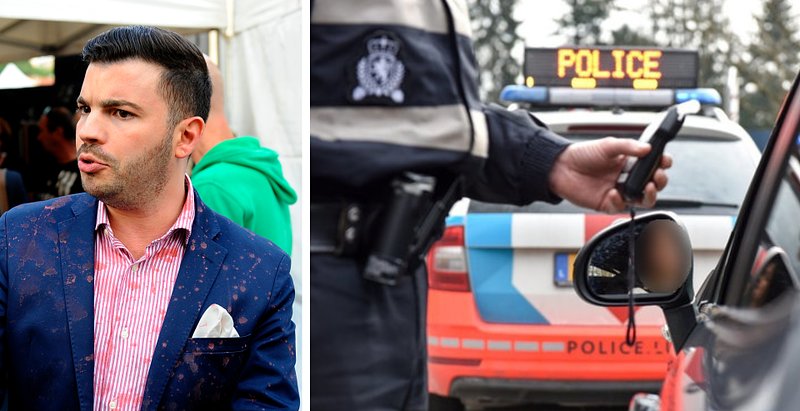 Fabien Engelmann was arrested for drunkenness in Luxembourg City in January. A police officer accused the mayor of Hayange of having behaved inappropriately. In the face of the outcry, the elected representative defended himself in the press this Friday.

Fabien Engelmann, mayor of Hayange (Moselle) since 2014 and regional councillor of the Grand Est since 2016, appeared before the court in Luxembourg to face charges of driving under the influence of alcohol and for refusing to submit to a blood alcohol test.

The councillor was arrested by the police in Luxembourg City in January, more precisely between the Gluck roundabout and the Albert Bousser tunnel.

A police officer who was on duty that night, reported that they had noticed a car zigzagging. In the tunnel, the driver suddenly accelerated, causing the police to turn on their flashing lights. The car then stopped after exiting the tunnel. The driver had a strong smell of alcohol and seemed to have great difficulty standing.

He reportedly acted rudely and demanded that they should look for the real criminals, instead of focusing on him. He had to try eight times to blow into the breathalyser before he got a result: 1.2 grams. When Engelmann was told they had to go to the police station to carry out a second alcohol test, he was less enthusiastic, although the police had explained that a refusal would result in a driving ban.

Engelmann then attempted to get out of the blood alcohol test, claiming that as mayor of Hayange, he often had contact with Prime Minister Xavier Bettel, and that the police would have to deal the consequences. The incident lasted over 30 minutes and the accused acted as if he were someone superior, the officer concluded.

"Not a big deal, just one too many"

However, the elected representative, his lawyer, and the passenger who accompanied him on the night of the incident arguedthe Luxembourg police behaved badly, claiming Englemann was subjected to shocking behaviour by the police, such as threats and inappropriate remarks. These accusations were refuted by the police officer, who spoke of lies and described the accusation of intimidation as foolishness.

Contacted on Friday by the Républicain Lorrain, Fabien Engelmann confirmed that he had indeed refused the breathalyser, as the law enabled this, and that the breathalyser read 0.58g - "just one glass too many", said Engelmann.

The elected representative offered another version of his exchanges with the Luxembourg police. On his way home from a birthday party on the night in question, Engelmann said he had encountered a policeman behaving like a "cowboy".
He also claimed he never boasted that he was the mayor of Hayange, or mentioned his alleged contacts in the government.  Reportedly, he had opened the car boot to get his papers, and that is when the officers saw his campaign posters. He had calmly said that the Prime Minister would not be too happy to know how the police officers behaved, according to the Républicain Lorrain.

The representative of the public prosecutor's office requested a fine and a three-year driving ban, which will possibly be suspended.

The verdict is expected on 23 October.