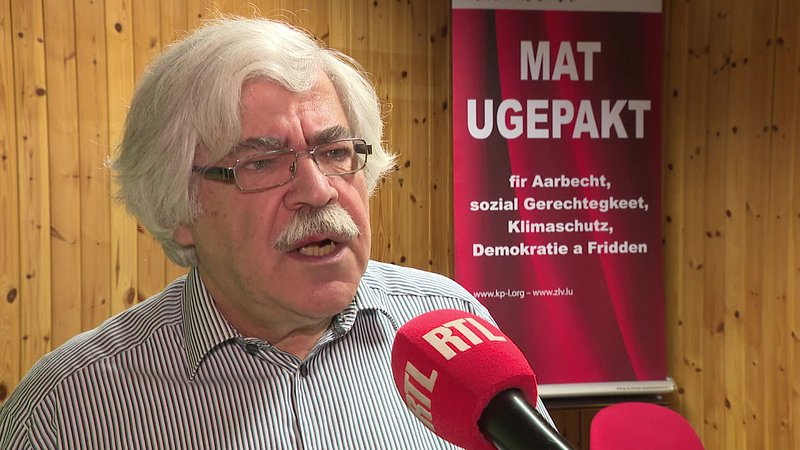 The Communist Party of Luxembourg (KPL) demands that the ongoing virus crisis should under no circumstances be solved at the expense of the working classes and the country's retirees.

The communist party argues in a statement that the political discourse of solidarity failed to translate into reality. KPL for instance demands that employees on short-time working schemes receive 100% of their salaries. The party also argues that companies that lay off employees should not receive support packages by the state. If companies have already received state support, they should be forced to pay the funds back if they fired employees during the crisis, the party said.

KPL similarly demand that the heroes of the pandemic such employees working in the medical, cleaning, trade, and security sectors should immediately benefit from better working conditions. The budget that had been foreseen for the purchase of Luxembourg's military satellite and drones should instead be used for social expenses, the party argues.

Last but not least, KPL demand that the government find solutions for the housing crisis in Luxembourg.