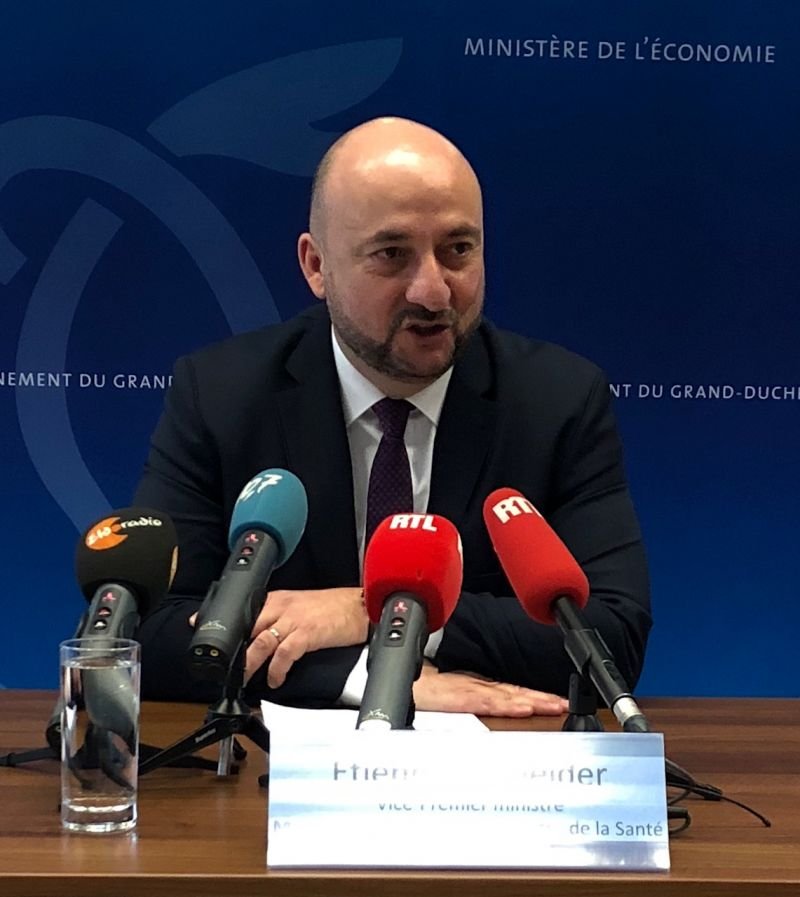 The Deputy Prime Minister, Minister of Health, and Minister of the Economy has always been vocal about his views on limiting political mandates. As he approaches ten years in government, rumours have been circulating around his resignation at the beginning of next year.

Schneider will leave his post on 4 February 2020, when Grand Duke Henri will oversee and accept his standing down.

Schneider began the press conference by quipping that he's noticed his resignation has attracted more press and interest than any of the government's policies. Ultimately, he has decided to step down ahead of his mandate after eight years in government.

Alluding to the speculation, Schneider referred back to being asked in an interview whether he would stick to his personal commitment of keeping to a ten-year mandate. The minister explained he has kept by this line since he became a minister and mentioned the referendum, adding he had pushed for that question to be in the 2015 referendum. The question of limiting political mandates is one that is close to Schneider's heart.

Schneider believes politics needs 'new pulses, new members of government' in order to progress continuously. He added that he has been disappointed at some of the speculation in the press, with articles treating him as a criminal. At the press conference, Schneider stressed he has not been subject to any scandals and his resignation is a fully voluntary matter.

The minister referred to his party's performance in the recent election, saying his own result made it clear he could lead the LSAP into the next election. This, in turn, made it clear he cannot continue in the role of Deputy Prime Minister, if the party were to be re-elected. From this point onwards, Schneider said his own political career has already reached its high point and would only go on a downwards trajectory.

Emphasising his desire to have set up new policies with the government in the first year of its second mandate, Schneider believes now is the opportunity to provide his own party and the government with a new beginning. He stressed the decision is not an embittered one or due to disappointment with particular files not going forward, but broadly because he believes he has no future left in politics. As he told the press, he wants a 'clear break from politics'.

Schneider's decision comes as a result that he would like to keep himself to his own commitments. In terms of his future, Schneider has dismissed any possibility of remaining in politics. Schneider added he could have returned to the Chamber of Deputies as an MP, or taken up a mandate in the government council, but does not want to combine the salary of an MP with his pension as a former member of government. Nor will he take up a high-ranking civil service role. The minister said he simply wants his life back.

As for his future, Schneider has said he is not yet sure what he will do next in his career. He has rejected any discussions on prospective roles, as he hopes to take some time out and get a clear head. Schneider has some ideas but wants to give himself time before making a decision. The minister denied he has negotiated with ArcelorMittal, as has been speculated. He repeatedly stressed he has not had any negotiations with Lakshmi Mittal, ArcelorMittal's CEO.

The bottom line, the minister said, is that he would like some time to get his life in order and improve his work-life balance. Schneider added he would like to spend more time with his husband, family friends.

Schneider also made it clear he will not become a political commentator after resigning. 'You won't be hearing anything from me in that sense,' he told the press.

Schneider then proceeded to take stock of his time as a minister.