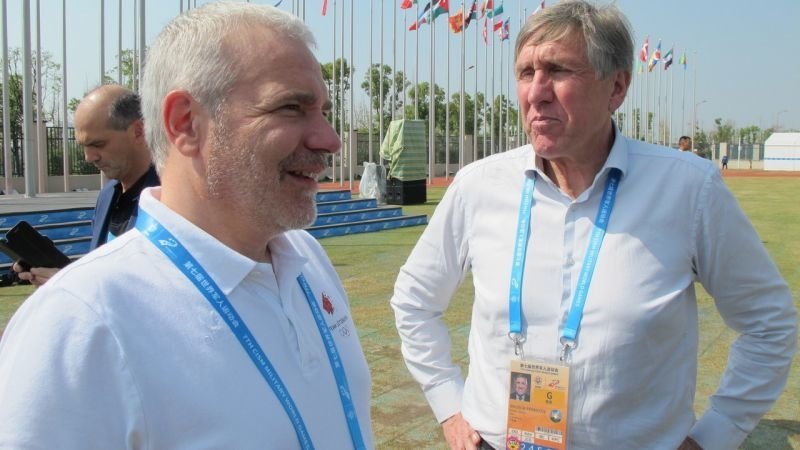 The Deputy Prime Minister, Minister of Defence, Minister for Mobility and Public Works and Minister for Internal Security travelled to China on Thursday for the seventh Military World Games, organised by the International Military Sports Council. Bausch will also oversee a test train which will leave China for Luxembourg.

On 18 October, Minister Bausch and General Alain Duschène, Chief of Staff of the Luxembourg Army, will meet the athletes of the Luxembourg army at the sports village in Wuhan and will attend the official opening of the military games at the Wuhan Sports Centre.

Next on the agenda on Saturday 19 October, Bausch will travel to Chengdu, where a tour of Chengdu's Qingbaijiang Railway Freight Station is scheduled for the afternoon. The minister will witness the departure of a test train to Luxembourg, which will aim to cover 10,000 kilometres over the next 15 days, before arriving at the intermodal terminal in Bettembourg-Dudelange, operated by CFL.
Finally, on 20 October, Bausch will have a meeting with Sichuan province governor Yin Li, covering the topic of bilateral relations between the Chinese province and the Grand Duchy.

The delegation from Luxembourg shall be composed of representatives of the Directorate of Defence, the Ministry of Mobility and Public Works, the Luxembourg Army and CFL officials.

Hubei province is situated in central China and has a population of more than 58 million inhabitants over an area exceeding 187,000 km2. Wuhan is the capital of the Hubei province.

Sichuan Province is located in southwestern China and has a population of 92 million with an area covering 485,000 km2. Its capital is Chengdu.