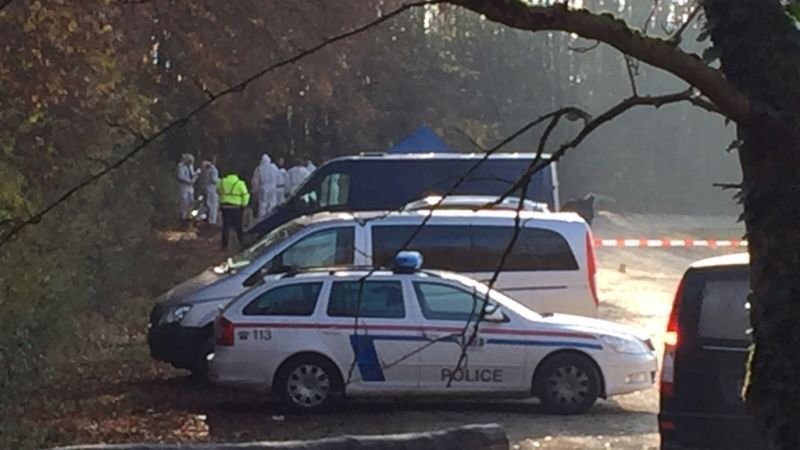 The proceedings of a double murder case in Luxembourg revealed telephone conversations during Thursday's court session.

However, the main defendant in the 2016 Schlewenhof and Fräiheetsbam double murder case was nowhere to be seen at Thursday's court session. The accused reported feeling ill during a check in his prison cell in the morning and was brought before a doctor. He was expected back in court again on Friday.

Despite his absence, the judicial police investigator continued his analysis of the men's mobile phone data. As part of the first murder, the main offender allegedly used his business phone to send a photo of bloodstained trousers to another individual.

The text accompanying the picture read: "I'm in real trouble, this is a serious mess! (...) It's not my blood! Do you already know about the black man who was shot in Leudelange!? Well then you know what we're going to talk about tomorrow!" The presiding judge added at this point that the second victim was still alive at the time the message was sent.

The phone of the other accused, on the other hand, registered a call about an hour after the death of the first victim. The investigator pointed out that the young man did not seem upset at this point, with the judge adding that his behaviour did indeed seem non-plussed, almost as if nothing had happened. She also asked the second defendant if he had indeed received a message from the first defendant asking if he "wanted to go kill someone, or something?" To which the man replied that he had not.

The investigator also provided details of a the testimony of a friend of the second victim. This acquaintance, who works as a prostitute, mentioned a small older German car that drove past them on the night of said events. The driver, a bald man, seemed to show signs of interest, yet the woman claimed never to have seen him before, not recognising the picture investigators showed her.

The trial continued on Friday.

When the court returned on Friday, the main defendant was present, having recovered from his illness on Thursday. The main proceedings on Friday focused on the main defendant's motive, with the police investigator suggesting money was his motive for killing both victims.

Consequently, investigators tipped on the main defendant as being the main perpetrator in both murders, with a financial motive. As for the second defendant, the investigators denied that he could claim to have not known about plans for the first murder. The younger defendant had the opportunity to stop his co-conspirator, as he had been in the car with the loaded weapon. Equally, he failed to report the incident to the crime, nor did he distance himself from the murders. The investigator concluded that the second defendant could not claim to be uninvolved, even if the main defendant was the active killer.

Asked about the behaviour of both accused parties, the police officer answered that both men had attempted to save their own skin, pretending to live on normally as if the entire incident had been a film. Only after the second murder did a friend of the main defendant say only he could be the perpetrator. The investigator highlighted that the second victim's life could have been saved if anybody had noticed something amiss after the first incident. Asked by the prosecutor whether another perpetrator could be involved, the investigator was clear - 'no'.

The case continues on Tuesday.