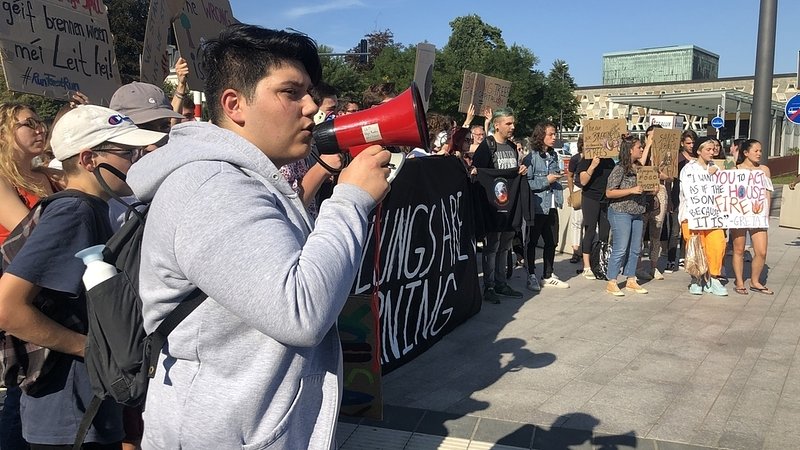 Youth For Climate Luxembourg organised a demonstration protesting inaction following the Amazon fires and the protest was timed to coincide with the opening of the 679th edition of the Schueberfouer.

One of many, the Youth for Climate Luxembourg demonstration is taking place in tandem with protests outside Brazilian embassies worldwide.

'I want you to panic': European demos held over Amazon fires

Since Luxembourg doesn't have an official Brazilian embassy, the protest took place in front of the Schueberfouer on 23 August at 5pm. The Facebook post announcing the protest highlighted that they will 'scream loud and clear that political inaction is bringing us to nature’s literal death.'

As seen in the below photo gallery, protesters were indeed there to shout their message as the funfair opened.

The head of Fridays For Future Brazil said in a press release: "We want a government that recognizes the importance of nature, and that it is committed to protecting our biggest natural riches."