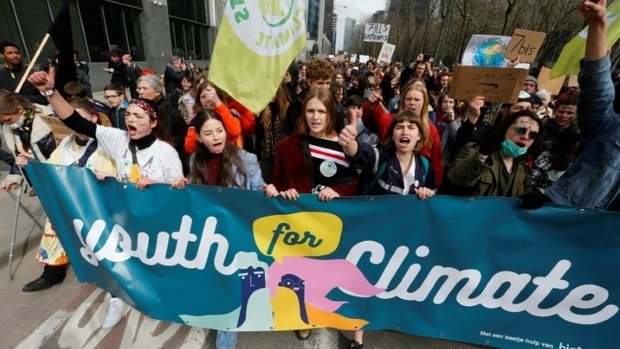 The Luxembourg wing of Youth for Climate has already held two successful strikes, one going through the city centre and the other partially blocading the Red Bridge (or, Grand Duchess Charlotte Bridge). The group has recently announced its next strike, which will take place on Friday 20 September, three days before the UN Climate Change Summit takes place.

Once the news emerged that this is the next date for the strike, some reactions on different social media were quick to criticise the group, claiming the movement is inauthentic as students are not striking over the summer. These types of arguments seem to have failed to grasp the point of the Youth for Climate strikes more than the organisation has purportedly discredited itself.

The main purpose of these strikes is inconvenience. Extinction Rebellion’s notorious ten-day protest  achieved its goal of gaining enough traction by shutting down major roads in the British capital, by virtue of inconveniencing commuters. Similarly, this is what Youth for Luxembourg does. Instead of striking during the summer, they strike during term-time. After all, by opting to strike, they lose out on going to class. They might miss out on an important lesson going over topics for the upcoming test, but ultimately these students have decided that striking to urge governments to do more for the environment is more important than attending class ahead of an exam.

And I’m inclined to agree with them. Having just cleared out my secondary school books, five years after I finished secondary school (and which I kept under the guise of ‘but I might need that information some day! Spoiler alert – I never opened them), I obviously think school is important but at the same time, you can make up missing out on a few classes. If you’re sick, you miss out regardless. And then you catch up at a later date.

But wait, I hear you say, you don't seriously think these students are actually invested in stopping climate change. Don't be naive, they only want to cut school! Frankly, the argument that students are only striking to miss out on school is patronising and shows an absolute disconnect with the youth of today. We tend to think the worst of the young and that frustrates me to no end. I think Greta Thunberg has already shown she’s taking the issue seriously and not striking for shits and giggles. Perhaps it might be worth extending that same faith to students closer to home? Yes, some students might be being opportunistic but for the most part, they believe in the cause they're fighting for.

We tend to look down on young people for not being as serious, but where exactly does that come from? Is that what you were like as a young person? If that's the main reasoning for being condescending about young people, maybe consider that today's youth actually have different habits to previous generations. One indication of that could be that alcohol use is declining compared to previous generations amongst teenagers. 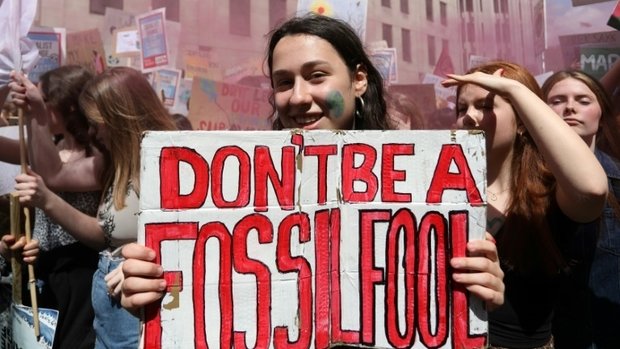 Student and youth climate activists with placards march through central London on May 24, 2019 demanding action to tackle climate change / © AFP

These students, who make up a slightly different generation to me, are doing a hell of a lot more than what my generation should have done when we were at school. Their commitment to holding politicians accountable is admirable. Writing in defence of the group might lead readers to ask ‘how come you’re not striking, Nathalie?’ Like others, I do need to work to earn a living (and also don’t live in Luxembourg at the moment), but if the global solidarity strike as planned by Youth for Climate Luxembourg on Friday 27 September has a sister movement in Edinburgh, I’ll make sure I’m there.

Another point worth considering is that students have the flexibility to strike for the environment. If you work full-time, you’re naturally more reluctant to strike because the consequences are more severe: you risk getting your pay docked and maybe you really need that money. Whereas if you’re in school, at most you might get detention or a stern talking to. With different stakes at hand, it makes sense that students are the ones at the forefront of the Fridays for Future strikes.

Granted, the longer the strikes go, the more school they might miss out on? But if that’s your concern, perhaps you too should lobby politicians to make more radical changes to save the environment.

Nathalie Lodhi is an editor and translator for RTL Today. She's also in no way affiliated with Youth for Climate Luxembourg.