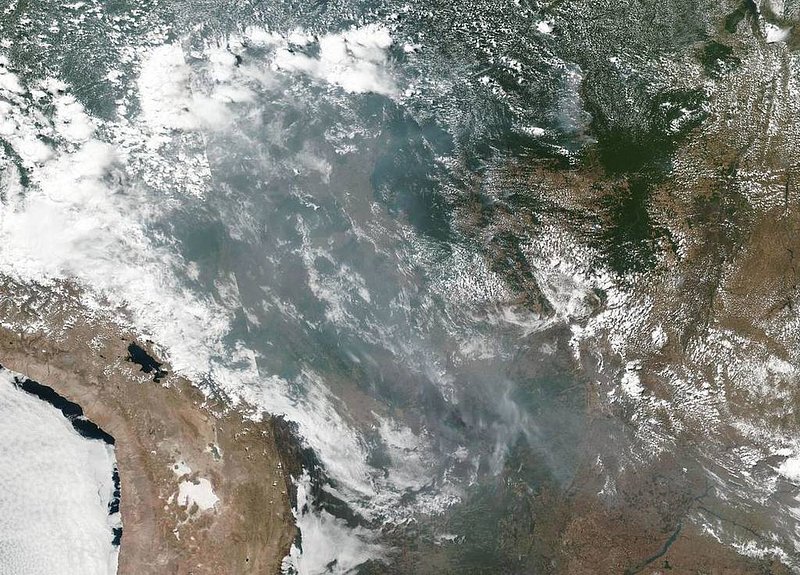 A small insight to the lasting effects of deforestation.

Deforestation is removing parts of forests to make way for other uses, such as agriculture and cattle farming. It can happen through physical removal of tree or by wildfires.

In 2001, the Food and Agriculture Organization of the United Nations (FAO) reported an estimated annual loss of natural forest area of 15.2 million hecatares in tropic forests and 16.1 hecatares worldwide. That is a space the size of Iran, the 17th largest country in the world. That number is currently 18.7 million acres according to the WWF, which is equivalent in size to 27 football fields every minute or the size of Austria.

How does deforestation effect climate change?

Due to the fact that trees help remove carbon Dioxide (CO2) from the air, it will firstly cause an increase in greenhouse gases. The greenhouse gas effect is when the radiation from the earths atmosphere warms the planets surface. One gas that causes such radiation is carbon dioxide. This means that the removal of trees, either man-made or natural disaster, will cal (or is causing) a decrease in a solution of removing carbon dioxide in the atmosphere.

Tropical forests alone hold between 220 and 250 gigatons of carbon dioxide. For those who aren't sure, a gigaton is equivalent to a billion metric tons. So that makes it roughly the same amount a 32.3 billion male African elephants, 77 times the current amount on Earth.

In addition to the greenhouse gases, trees also help maintain a consistent water cycle. That means that removal of trees can affect both precipitation and local water sources. This also means that soil erosion can be caused by trees being removed near bodies of water. This causes agriculture to be unable to grow and therefore agriculturists to move to more places and remove more trees.

How does this relate to the Amazon?

The amazon is estimated at around 2.1 billion square miles. It is home to one in ten species as well as around 350 different indigenous tribes.

Around 17% of the Amazon has been subjected to deforestation in the last 50 years. Due to the current wildfires, the amazon has lost around 1.3 thousand square kilometers, roughly twice the size of Tokyo. This information comes in addition to a shocking milestone in July. Around 39% more forest has been destroyed than July last year. This could mean that the area that is considered the 'lungs of the Earth' could be at threat of being decimated in the next 20-30 years.

The National Institute for Space Research has estimated over 75,000 fires this year alone in Brazil. That is an average of almost 300 fires a day. This is an 84% increase that 2018, having 40,136 fires. With a smoke cloud of roughly 3.2 million square kilometers, its difficult to comprehend the amount of destruction currently happening.

NASA shared these photographs in which you can see the smoke over Brazil and the Amazon.